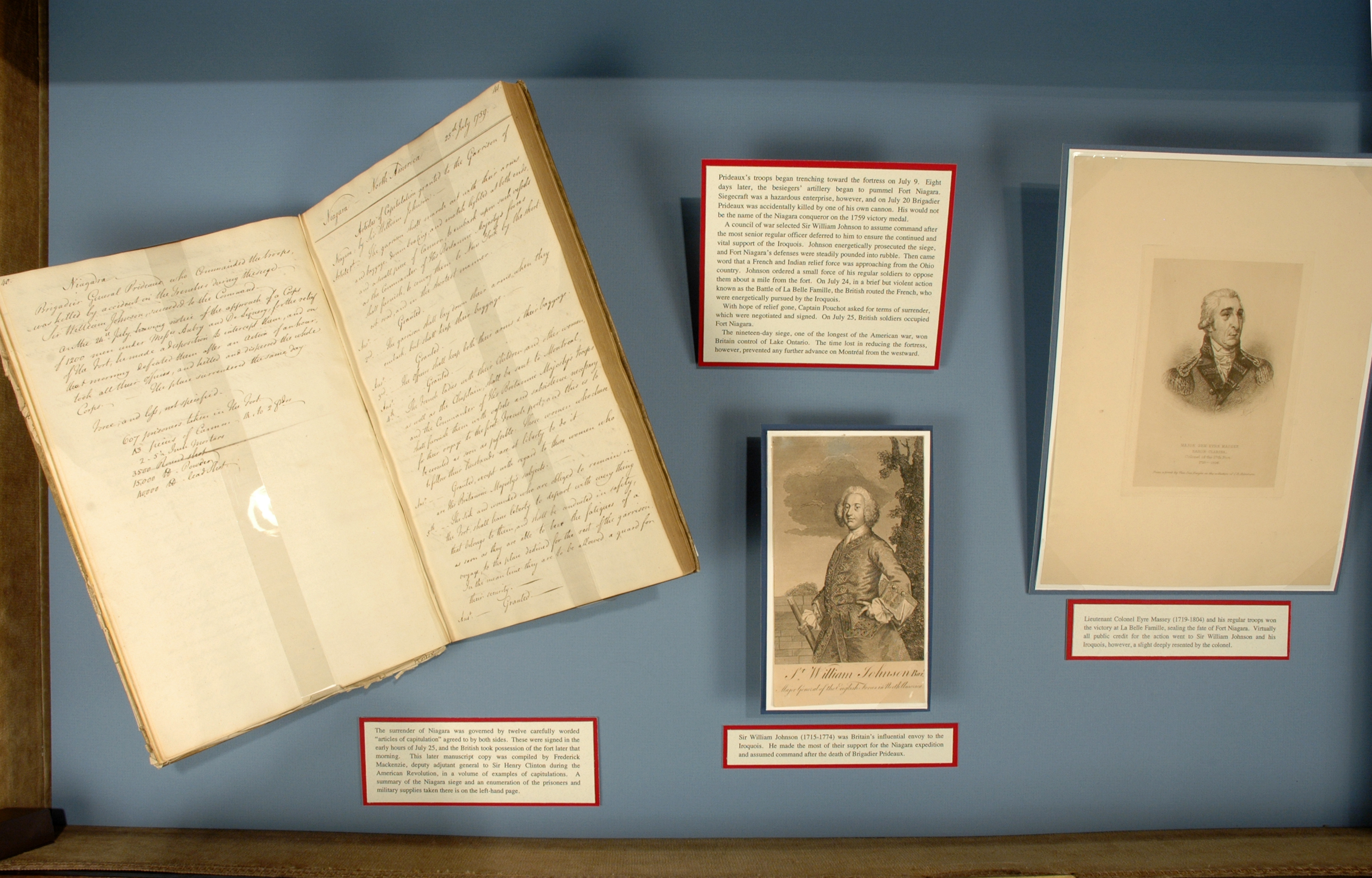 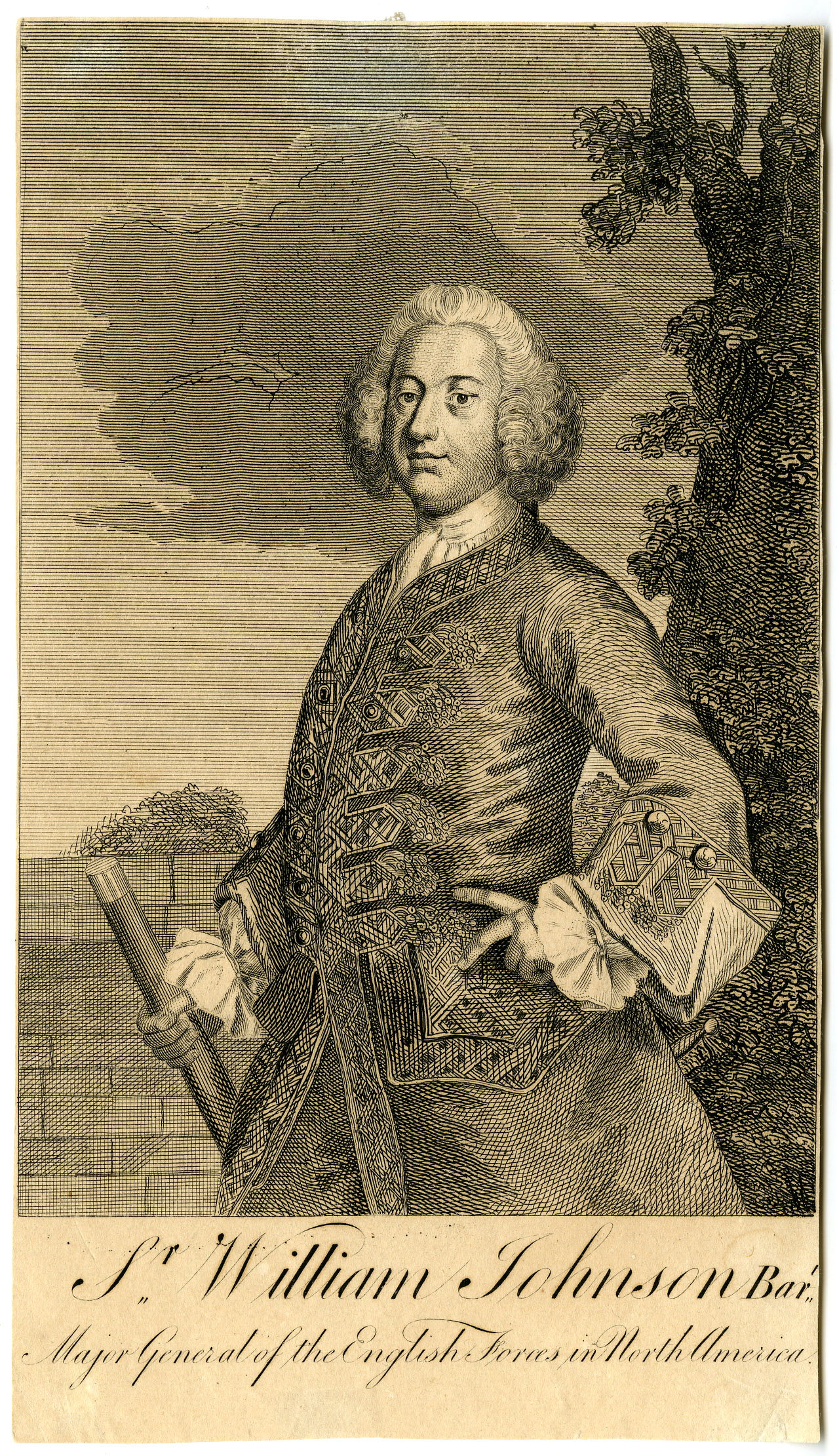 Prideaux’s soldiers began trenching toward the fortress on July 9.  Eight days later, the besiegers’ artillery began to pummel Fort Niagara.  Siegecraft was a hazardous enterprise, however, and on July 20 Brigadier Prideaux was accidentally killed by one of his own mortars.  His would thus not be the name of Niagara’s conqueror on the 1759 victory medal.

A council of war selected Sir William Johnson (1715-1774) to assume command after the most senior regular army officer deferred to him to ensure the continued and vital support of the Iroquois.  Johnson energetically prosecuted the siege, and Fort Niagara’s defenses were steadily pounded into rubble.  Then came word that a French and Indian relief force was approaching from the Ohio country.  Johnson ordered a detachment of his regular soldiers to await them about a mile from the fort.  On July 24, in a brief but violent action known as the Battle of La Belle Famille, the British routed the French, who were energetically pursued by the Iroquois.

With all hope of relief gone, Captain Pouchot asked for terms of surrender, which were negotiated and signed.  On July 25, British soldiers occupied Fort Niagara.  The nineteen-day siege, one of the longest of the American war, won Britain control of Lake Ontario.  The time spent in reducing the fortress, however, prevented any further advance on Montréal from the westward before the onset of winter.

Lieutenant Colonel Eyre Massey (1719-1804) of the 46th Regiment of Foot and his regulars won the victory at La Belle Famille, sealing the fate of Fort Niagara.  Virtually all public credit for the action went to Sir William Johnson and his Iroquois, however, a slight deeply resented by the colonel.  Massey is shown here in the early 1770s in the uniform of the 27th Regiment of Foot. 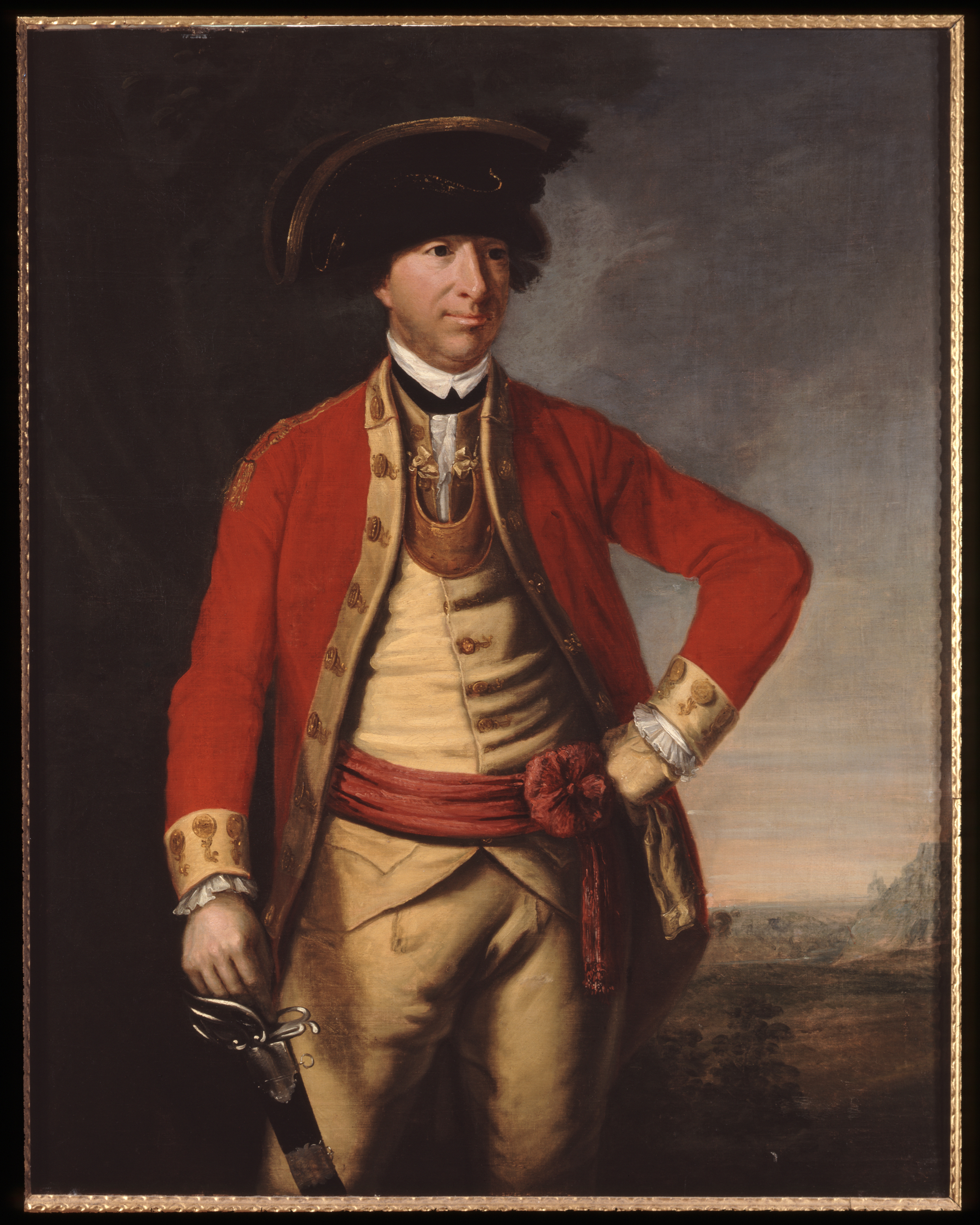 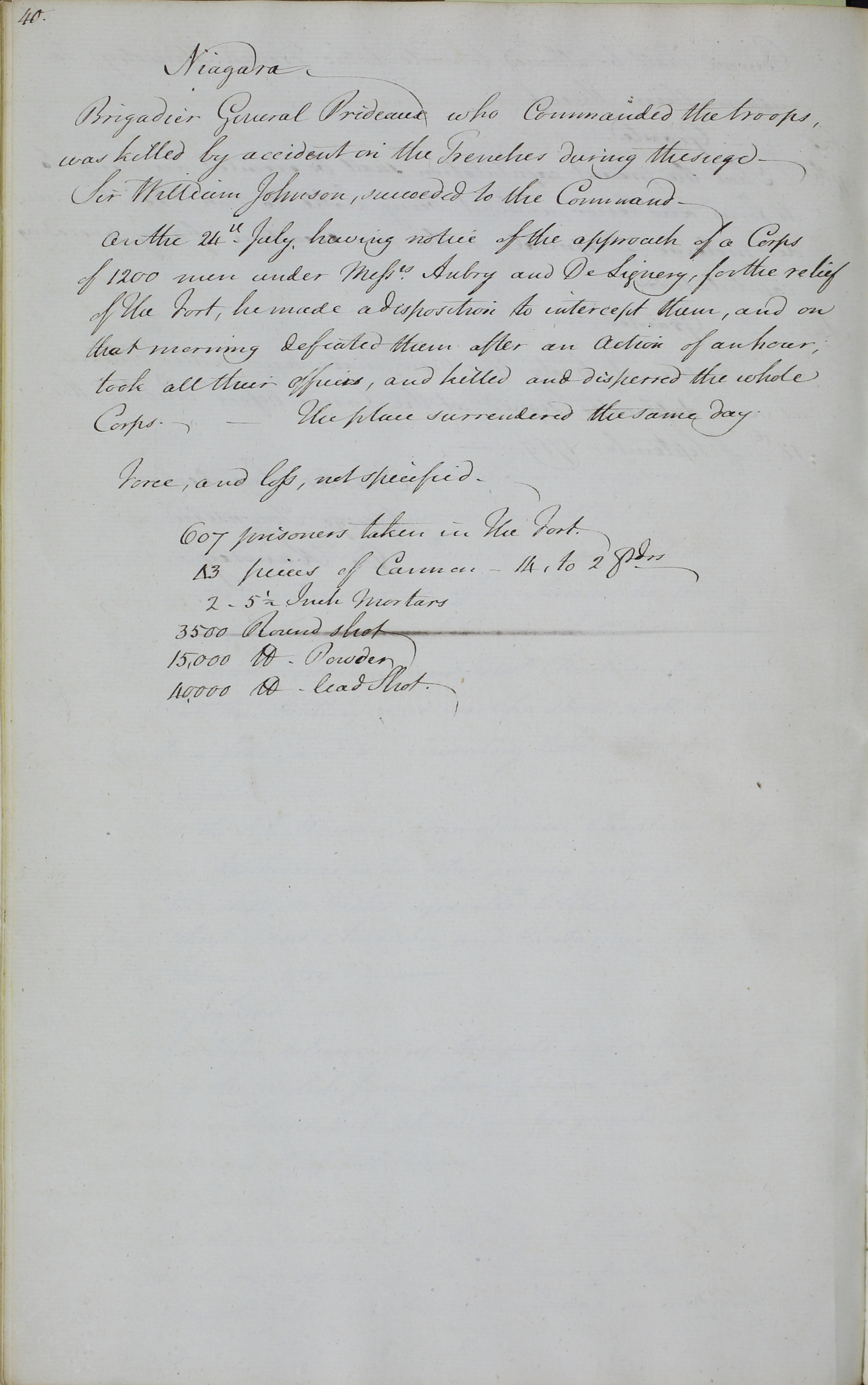 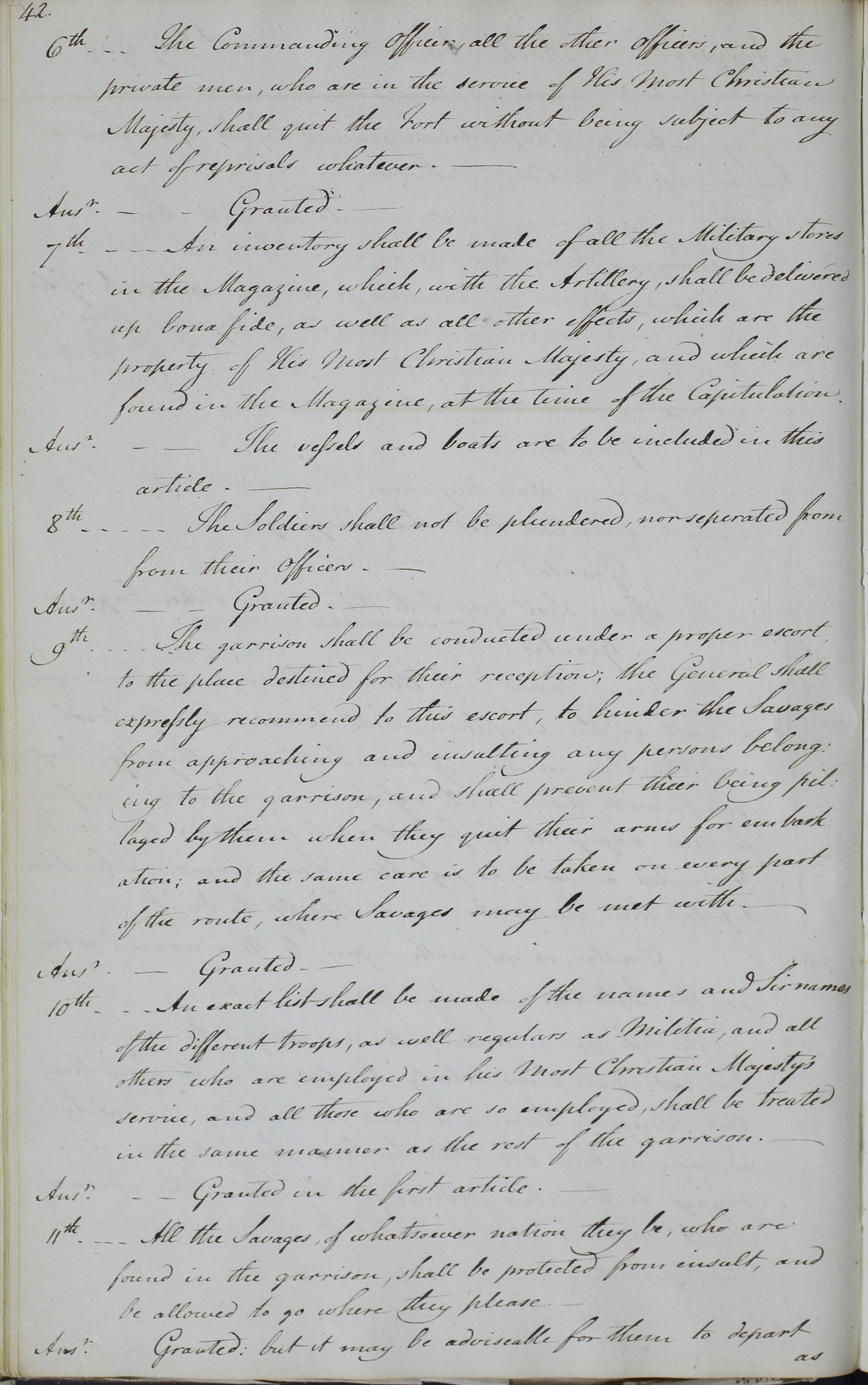 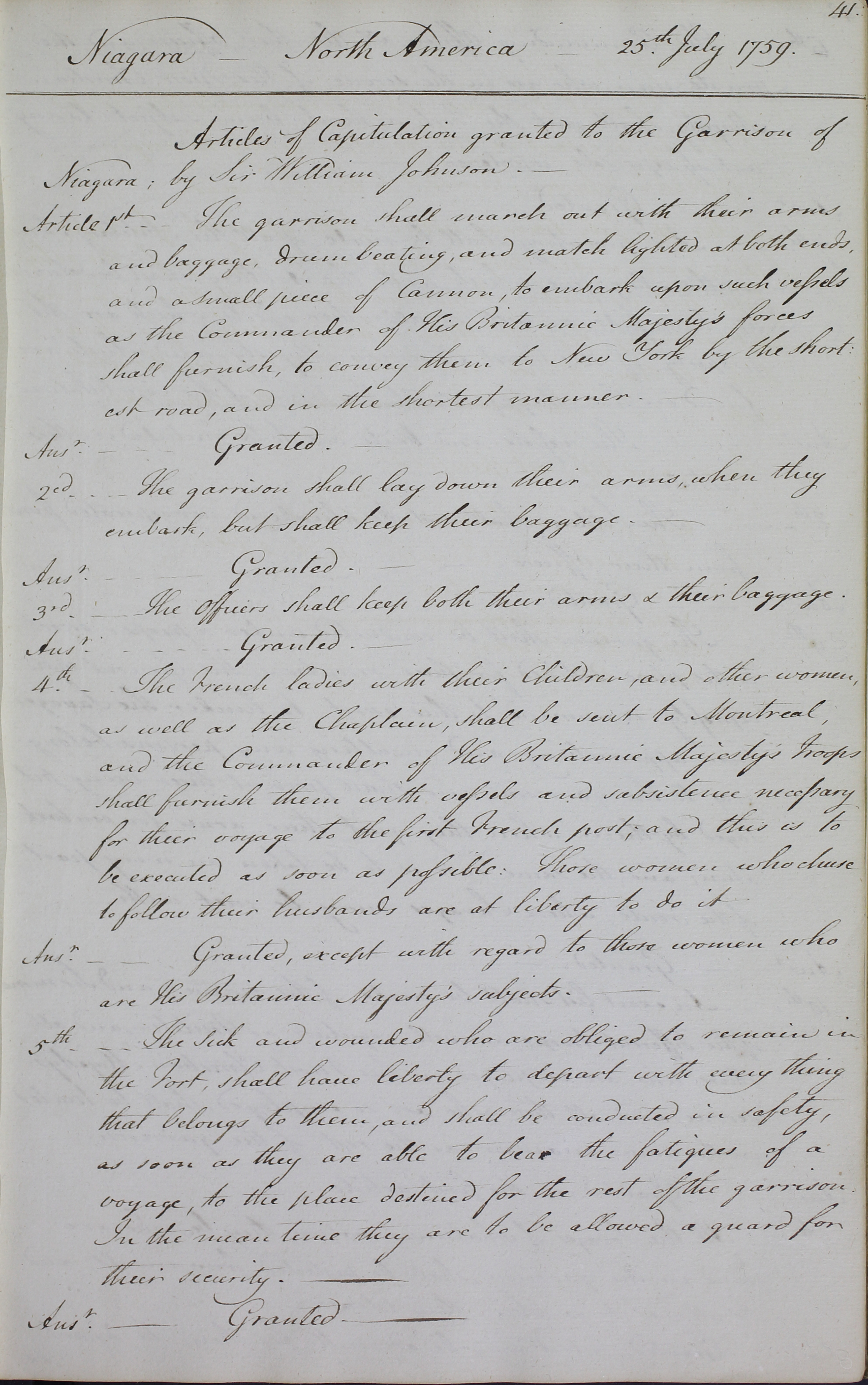 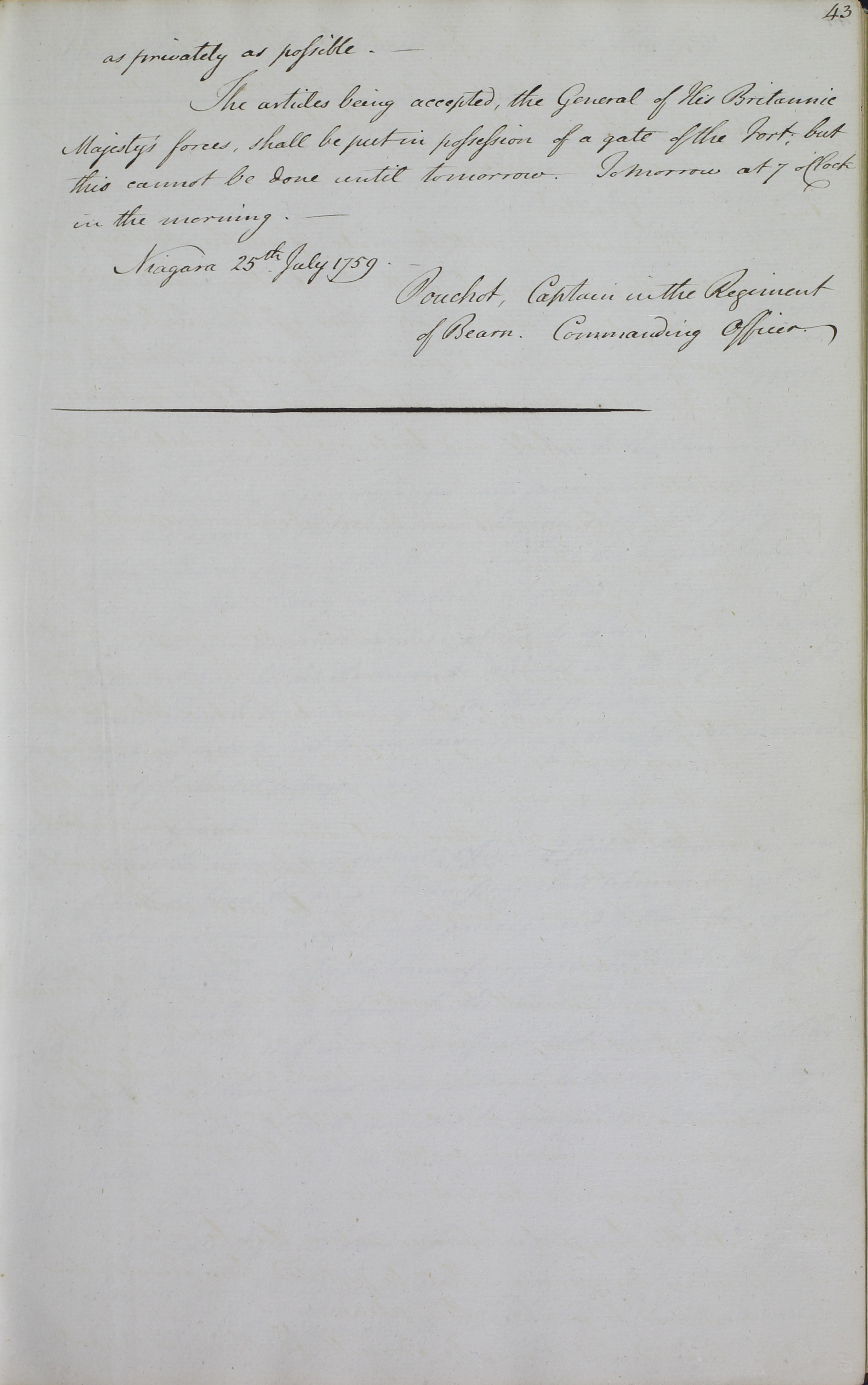 [Articles of Capitulation of Niagara], July 25, 1759 in “A Collection of Capitulations, of Armies, Towns, and places, taken in the Course of the War which Commenced in 1756, and ended in 1762.”. Manuscripts Division, Frederick Mackenzie Papers, Volume B.

The surrender of Niagara was governed by eleven carefully worded “articles of capitulation” agreed to by both sides.  These were signed in the early hours of July 25, and the British took possession of the fort later that morning.  This manuscript copy was compiled by Frederick Mackenzie, deputy adjutant general to Sir Henry Clinton during the American Revolution, in a volume recording examples of capitulations.  A summary of the Niagara siege and an enumeration of the prisoners and military supplies taken there is on the first page. “Sketch of the Country from Fort Duquesne to Niagara as described by an intelligent Indian who had resided there for a considerable time.” Pen and ink with watercolor on paper, [1760]. Thomas Gage Papers. Map Division, Small Maps 1760.

The defeat of the relief force and the surrender of Niagara cleared the area between Pittsburgh and Lake Erie of French troops, who retired to Detroit and the Illinois country.  The threat to Pittsburgh evaporated, and the British gained firm control of the Forks of the Ohio.