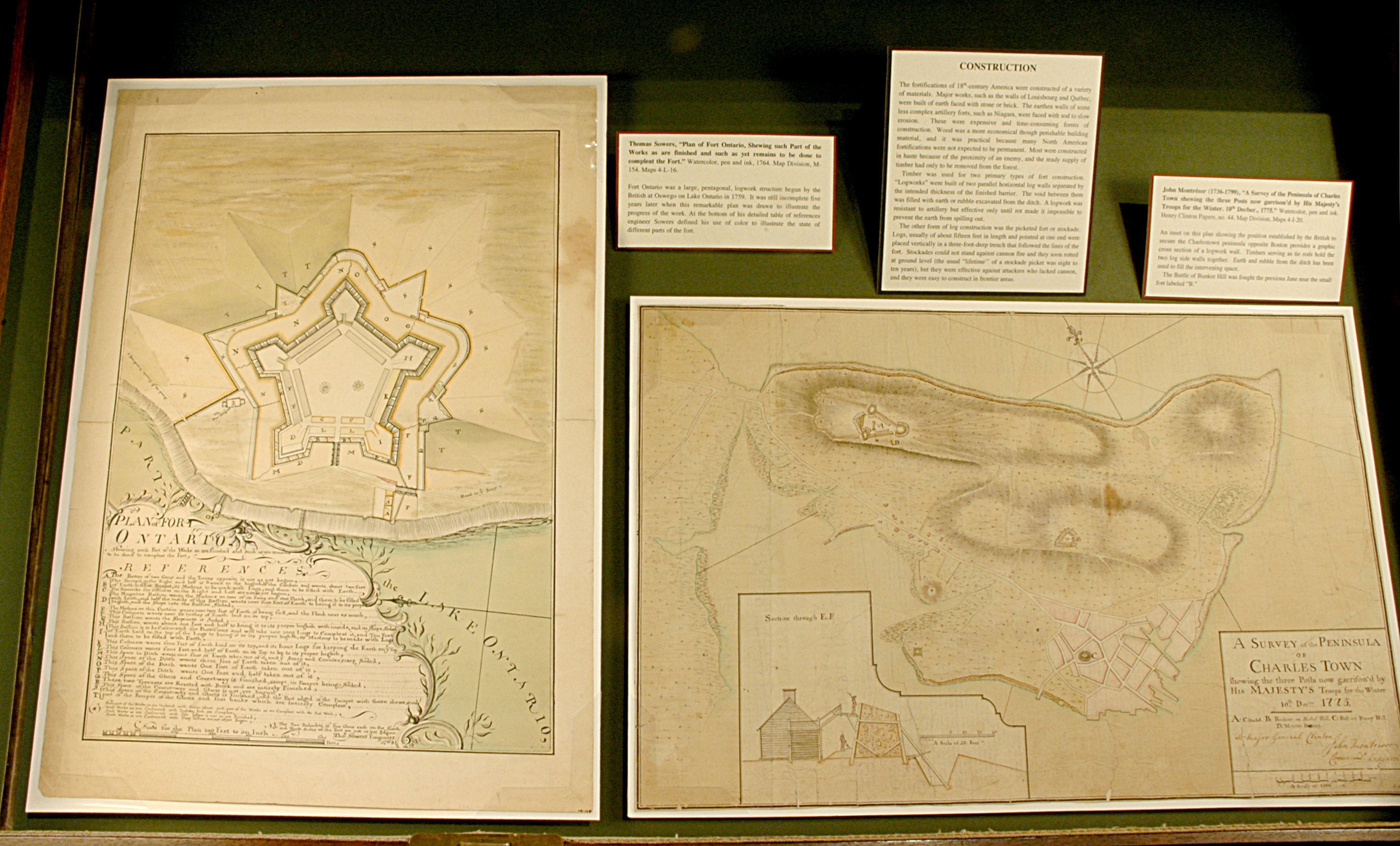 The fortifications of 18th-century America were constructed of a variety of materials.  Major works, such as the walls of Louisbourg and Québec, were built of earth faced with stone or brick.  The earthen walls of some less complex artillery forts, such as Niagara, were faced with sod to slow erosion.  These were expensive and time-consuming forms of construction. Wood was a more economical though perishable building material, and it was practical because many North American fortifications were not expected to be permanent.  Most were constructed in haste because of the proximity of an enemy, and the ready supply of timber had only to be removed from the forest.

Timber was used for two primary types of fort construction.  “Logworks” were built of two parallel horizontal log walls separated by the intended thickness of the finished barrier.  The void between them was filled with earth or rubble excavated from the ditch. A logwork was resistant to artillery but effective only until rot made it impossible to prevent the earth from spilling out.

The other form of log construction was the picketed fort or stockade.  Logs, usually of about fifteen feet in length and pointed at one end were placed vertically in a three-foot-deep trench that followed the lines of the fort.  Stockades could not stand against cannon fire and they soon rotted at ground level (the usual “lifetime’’ of a stockade picket was eight to ten years), but they were effective against attackers who lacked cannon, and they were easy to construct in frontier areas. 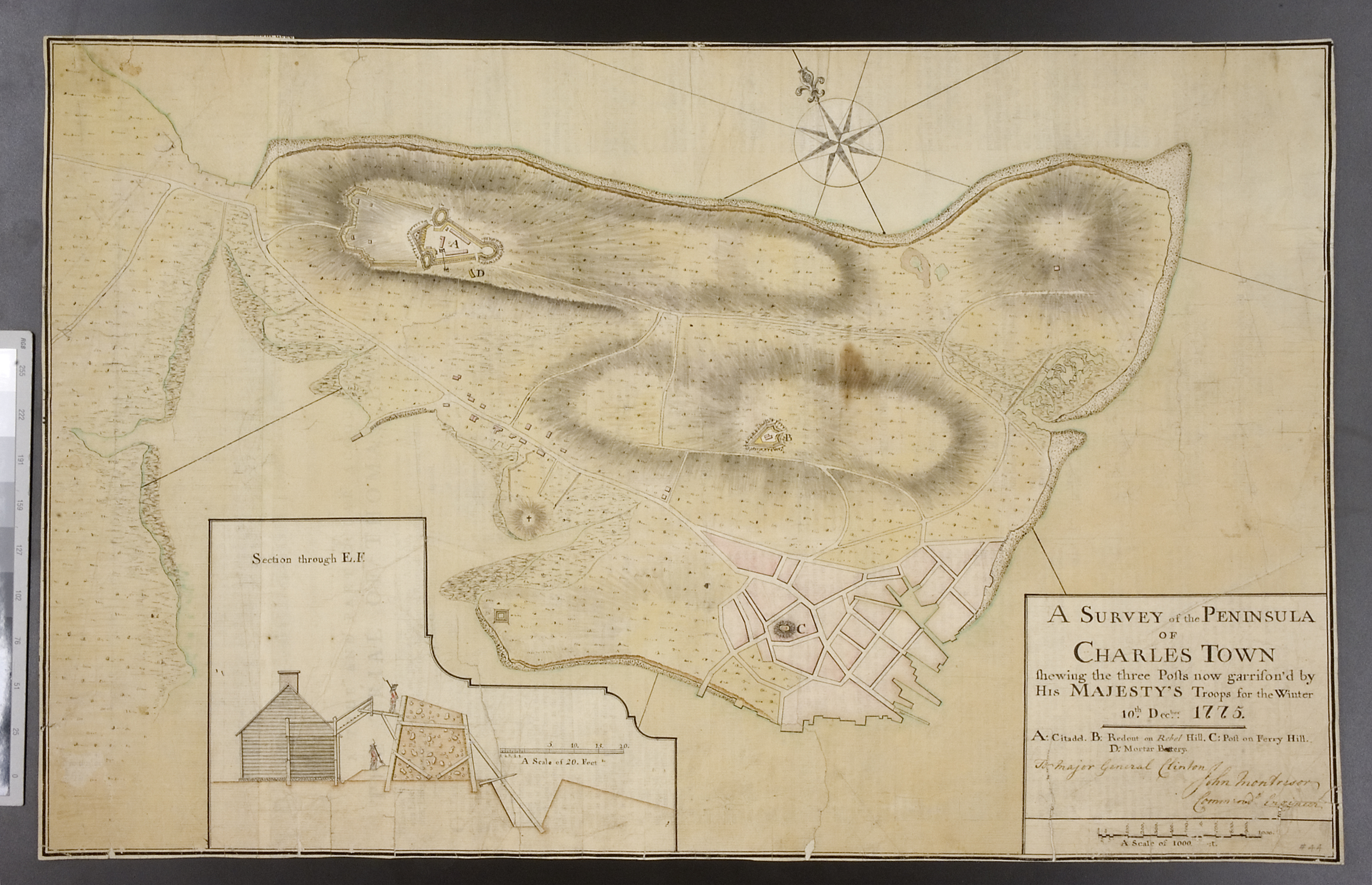 An inset on this plan showing the position established by the British to secure the Charlestown peninsula opposite Boston provides a graphic cross section of a logwork wall.  Timbers serving as tie rods hold the two log side walls together. Earth and rubble from the ditch has been used to fill the intervening space.

The Battle of Bunker Hill was fought the previous June near the small fort labeled “B.” Thomas Sowers, “Plan of Fort Ontario, Shewing such Part of the Works as are finished and such as yet remains to be done to compleat the Fort.” Watercolor, pen and ink, 1764. Map Division, M-154. Maps 4-L-16.

Fort Ontario was a large, pentagonal, logwork structure begun by the British at Oswego on Lake Ontario in 1759.  It was still incomplete five years later when this remarkable plan was drawn to illustrate the progress of the work. At the bottom of his detailed table of references engineer Sowers defined his use of color to illustrate the state of different parts of the fort. 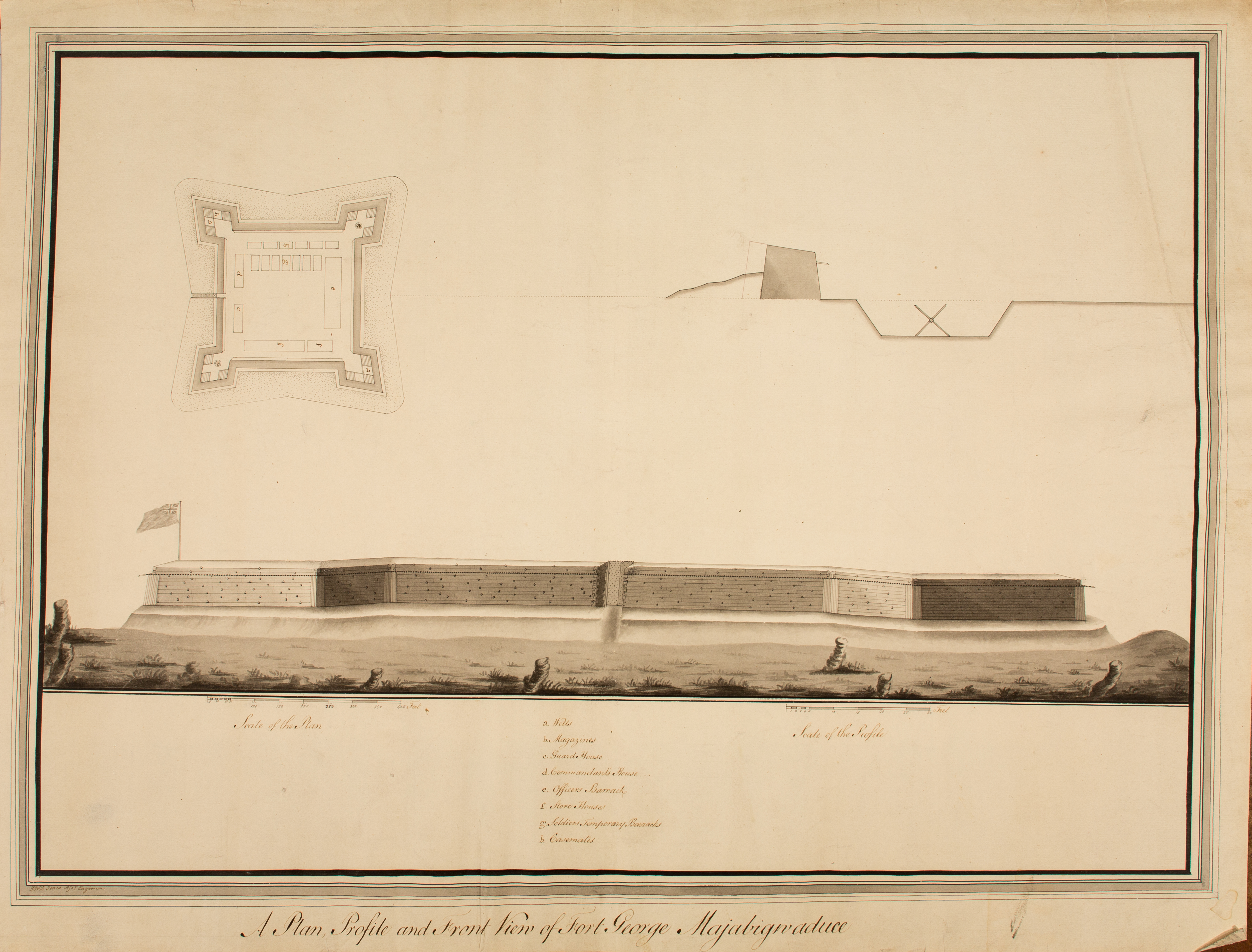