Edward W. Clay has long been an intriguing figure for those who study the history of America’s color-line, frequently remembered as the originator of an enduring visual vocabulary of race and inequality. Clay’s print series “Life in Philadelphia” circulated widely through print shops from Philadelphia and New York to Baltimore and New Orleans. It spawned a parallel series titled “Life in New York.” Clay’s images adorned sheet music and were mass produced in miniatures. In London, they were incorporated into book illustrations and sold in elaborated color editions. In France, Clay’s images even made their way into refined circles as they were incorporated into fine wallpaper. While these forms were ephemeral, their appeal was not. Even at the end of the nineteenth century, commentators noted encounters with Clay’s images in prominent public venues.

Clay’s ideas about race were quickly taken up by others. A countless number of nineteenth century engravers, lithographers, cartoonists, and illustrators adopted Clay’s visual strategies to transform what began as a local look at black life in Philadelphia into a national taxonomy of race. His ideas, ones that interwove social, political, and corporeal commentary on blackness, dominated American visual culture’s contribution to national debates over race and power. 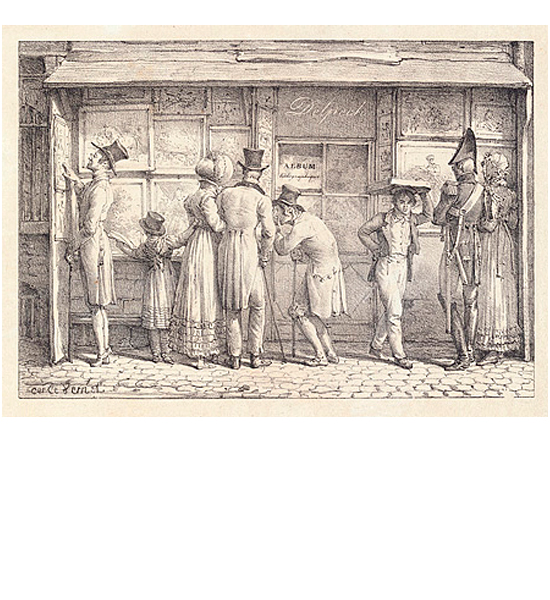 Vernet, a foundational figure in French caricature, suggested how Parisians may have encountered prints in this image of François-Séraphin Delpech’s shop. 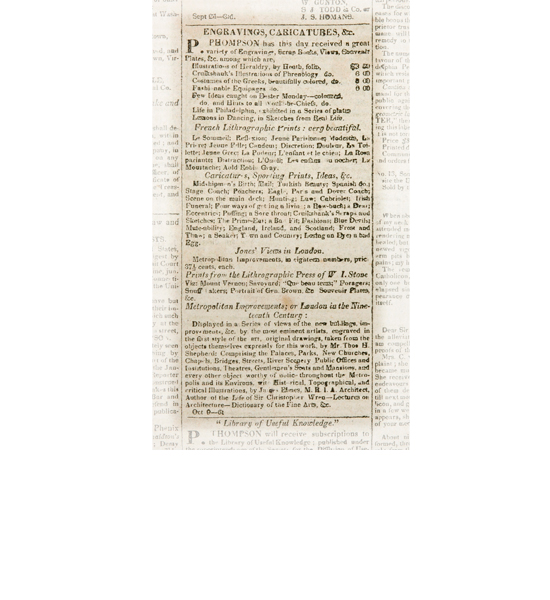 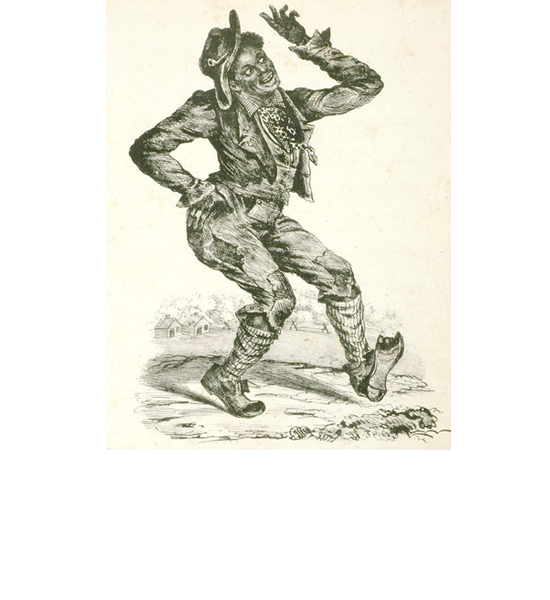 Clay had a direct hand in constructing minstrelsy stock images, such as this depiction of the character “Jim Crow.”

Clay’s exchange between “Miss Florinda” and her activist friend, first published in Philadelphia, is reinterpreted here by a London publisher for British audiences and export to America 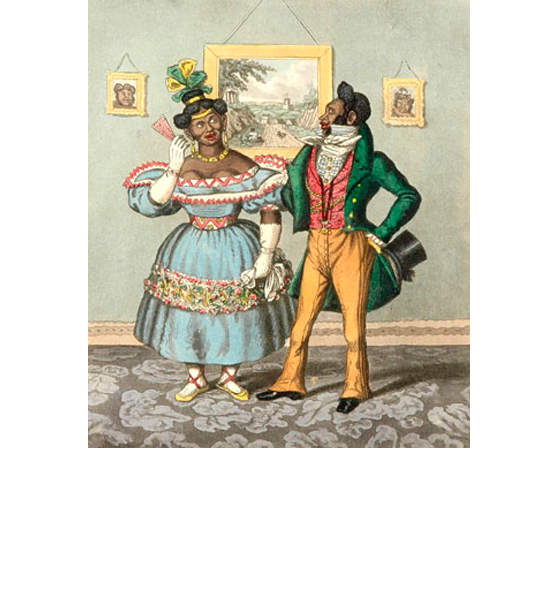 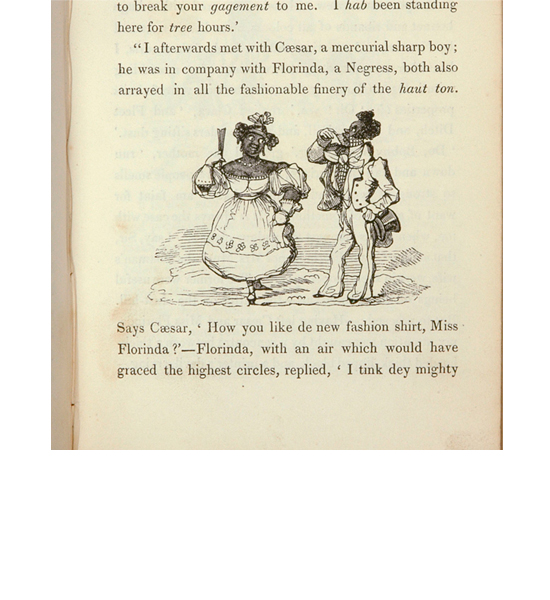 This comic narrative, written around Clay’s images, is an example of how “Life in Philadelphia” expanded across visual culture through copies and derivations.

Deltil collected prints and other artifacts in the United States, including Clay’s “Life in Philadelphia” series, before producing mural-like wallpaper scenes for Paris’s Zuber et Cie. “Miss Minta” and her dance partner are inserted into this scene of the New York harbor. 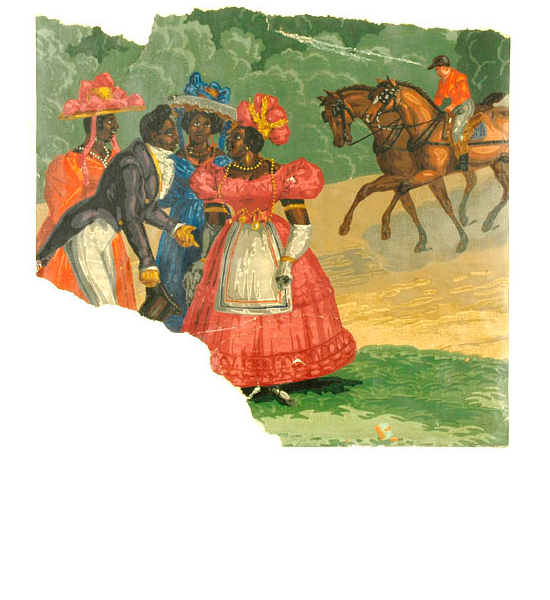 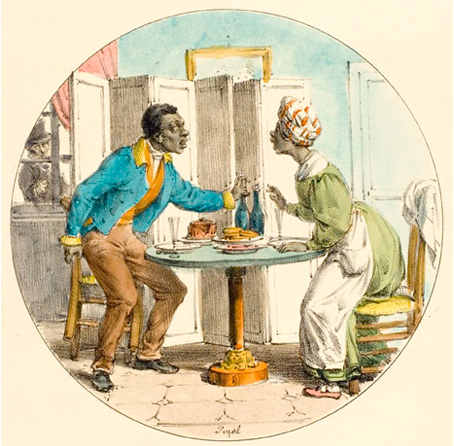 Transatlantic Visions
Caricature's Many Others