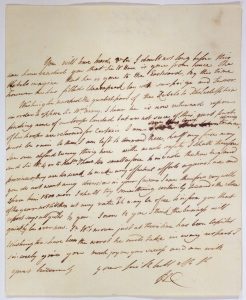 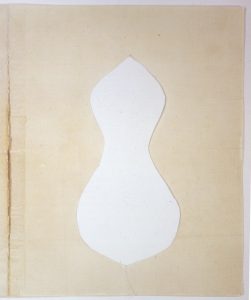 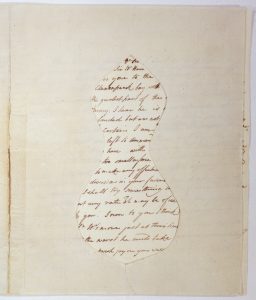 The British used one type of secret writing that appears to have been unknown to the Americans. Sir Henry Clinton composed letters that were meant to be read through a mask or grille, a technique known as the Cardan system. (The technique is named after Geronimo Cardano, one of the most famous code-makers in the sixteenth century.) Composition demanded care because the letter must make sense both with or without the mask. Clinton probably wrote the real message first- in this case in the shape of an hourglass figure. Additions were added to the beginning and end of the lines in order to manipulate the content. Advantages of the method include the ability to send the letter by one route and the mask by another, and an opportunity to convey false information if intercepted.

Clinton’s letter to John Burgoyne is full of misinformation. The letter, read without the mask, exaggerates British military successes and available troops. Clinton writes that General William Howe‘s actions “just at this time have been capital.” With the mask, however, Clinton expresses a different opinion, “I own to you that I think Sr.W’s move just at this time the worst he could take.”

Clinton also used masks in conjunction with printed material. He strategically cut small windows out of blank pieces of paper that could be placed over selected text in order to convey secret messages. An example of this type of perforated paper was found in the Clinton manuscripts at the Clements Library.