30,000 maps and plans
relating to the Americas

The Map Division of the Clements Library cares for an outstanding collection of printed and manuscript cartography. The focus of collecting is on maps of the Americas dating from European exploration and colonization to the early years of the twentieth century. The Map Division catalog includes about 30,000 maps and plans relating to the Americas. Approximately 2,500 of these are manuscript, and many of them came to the Library with large Revolutionary War and Early National period manuscript collections. They illustrate most of the important concerns for these periods of time. In addition to individual maps, the Clements has roughly 500 atlases dating from 1486 to the end of the nineteenth century. Collection specialties are:

A large and increasing number of maps and plans may be found in the Clements Library Image Bank.

Pirates and Indigenous of the Pacific: Reading Between the Coastlines of the Hacke Atlas

A picture is worth a thousand words: Illustrations from the Clements in “The History of Cartography Volume 4”

The Map Division has a distinguished tradition, not only because of the richness of its holdings in printed and manuscript maps, but also as one of the first map collections to be treated as a serious historical resource. The Division came into formal existence in 1931 as a result of acquisitions of outstanding map resources during the previous decade.

Essentially a book collector before the Library opened in 1923, William L. Clements had acquired several notable atlases and some exceedingly rare maps bound into books relating to the period of European discovery and exploration of the Americas. However, it was the fortuitous purchase in 1923-24 of the entire 50,000-volume library of Henry Vignaud, an American expatriate scholar of the Discovery Period, which established the Clements as an outstanding cartographic repository. The Vignaud Collection included almost all editions of the great atlases of the 15th through 18th centuries by Ptolemy, Mercator, Blaeu, Ortelius, and other Italian, Dutch, German, English, and French map makers. Simultaneously, Mr. Clements purchased en bloc the unsurpassed collection of printed maps of the American Revolution that had been assembled by the London bookselling firm of Henry Stevens.

Soon after the Library opened, Mr. Clements turned his attention to acquiring manuscript collections of British military and political figures active in American affairs between the 1750s and 1780s. With each of these massive collections came hundreds of individual manuscript and printed maps of the American colonies, fortifications, and battles from the French and Indian and Revolutionary Wars. By the mid-1930s, the Clements had become the pre-eminent collection of American maps of the 18th century and was among the finest general resources for the history of cartography in the world. Acquisitions since that time have strengthened the earlier components of the collection and broadened its scope into the mid-19th century. The Library currently collects American cartography to 1900 and is strongest for the years from European discovery through the Civil War. 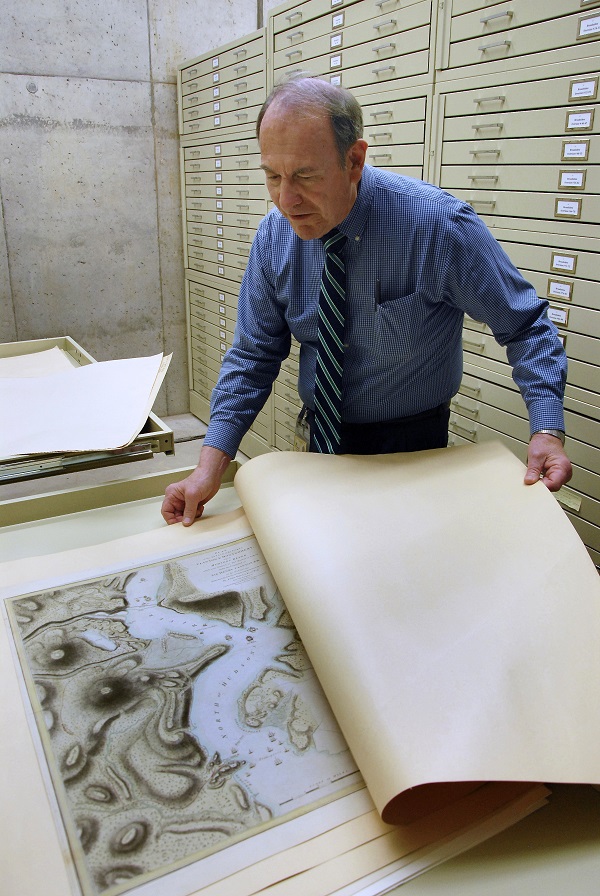 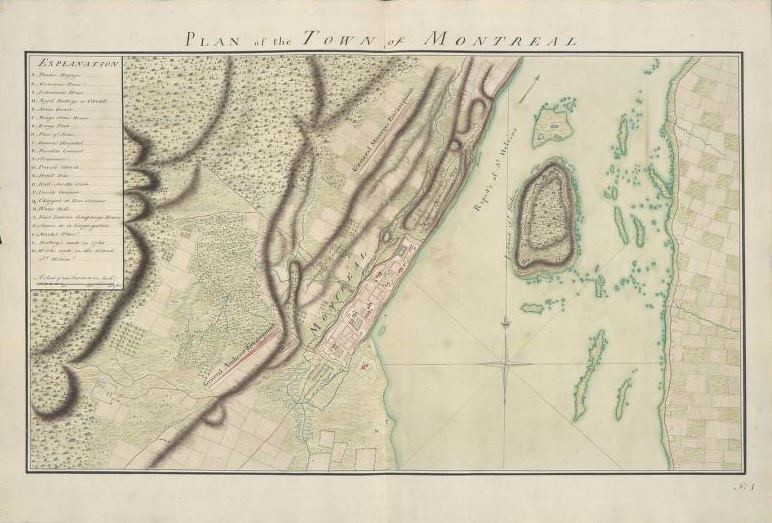 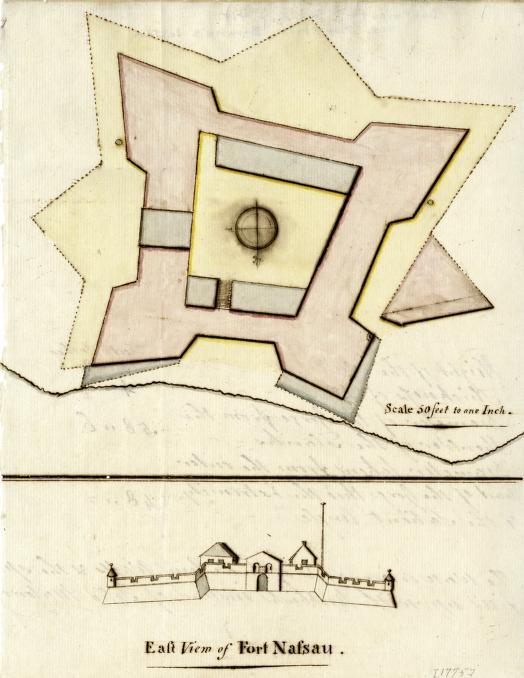 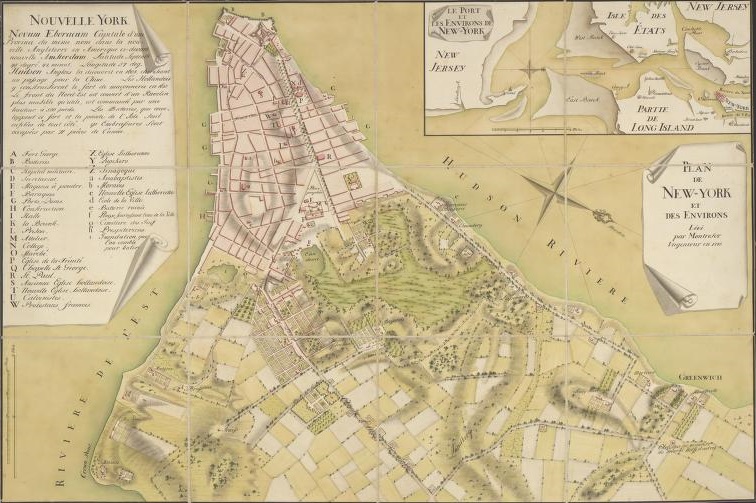 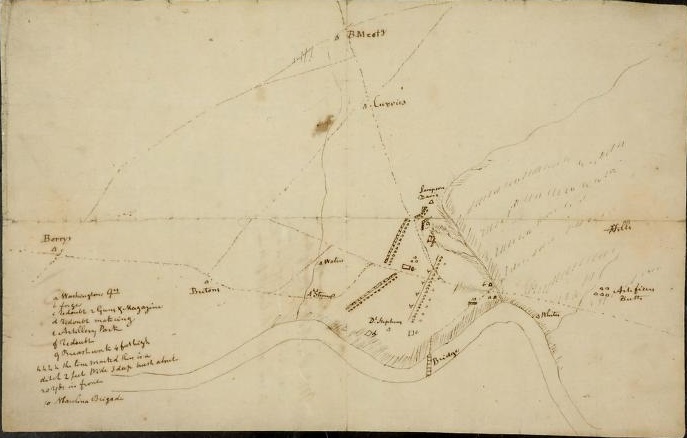 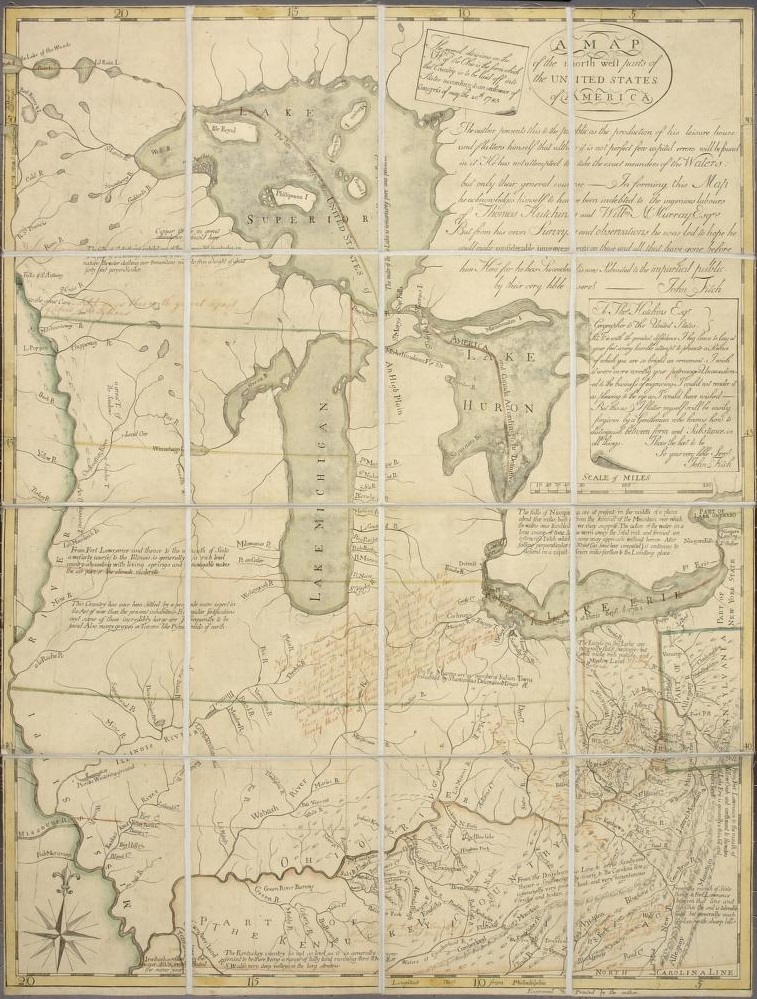 Fitch, A map of the north west parts of the United States of America (1785) 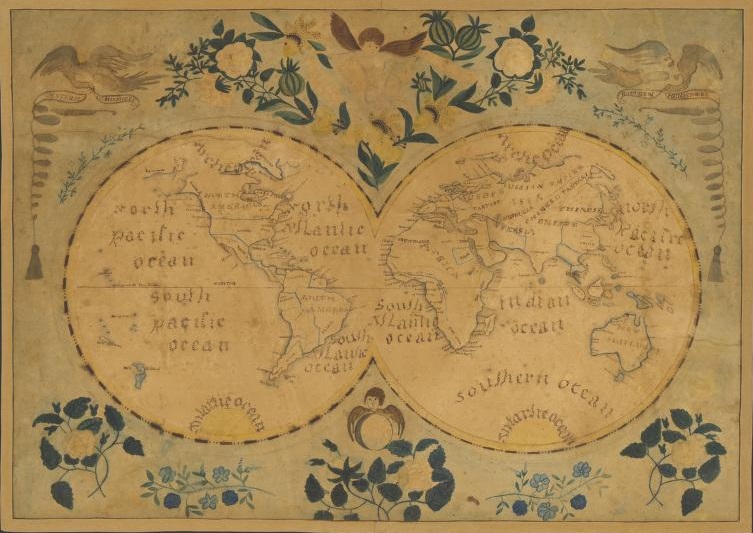 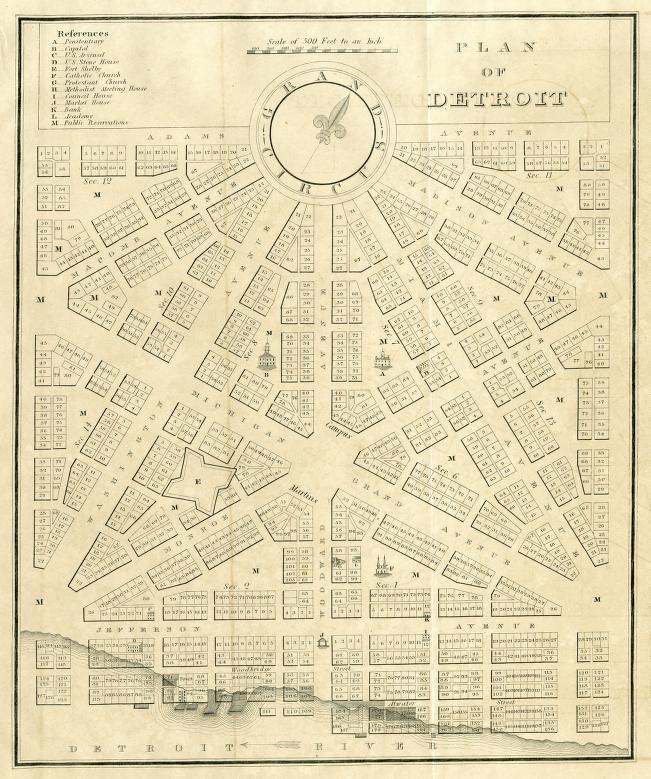