The Graphics Division of the Clements Library is comprised of visual materials of many genres and formats. The collection is curated to support the overall subject strengths found in the library’s books, manuscripts, and maps, as well as offering unique research opportunities in American visual culture.

The bulk of the graphics holdings are in prints and photographs, supplemented with original artwork, printed ephemera, sheet music, and other visual materials. Three-dimensional objects and realia items are also housed in the Graphics Division.

The holdings of the print collection number approximately 9,000 items, the bulk of which spans the late 18th to middle 19th centuries. Almost every printing process from woodcuts and copper plate engravings, to color lithographs and photomechanical prints is represented. Major events such as the American Revolution and the Civil War are present in multiple genres such as views, portraits, and political satires.

Many of the library’s earliest engravings and prints are located in the Book Division along with later illustrated newspapers and magazines. The map division holdings also offer numerous decorative and illustrated maps, many with detailed topographic views, illustrations of people, places, activities, and events.

Subject areas of strength include:

The print collection can be searched in Library Search. Be sure to inquire about numerous and significant uncatalogued materials. Genre terms such as etchings, engravings, lithographs in the subject search field will locate these prints specifically. These terms can be used in conjunction with keywords in other search fields.

History of the Collection

The collection expanded slowly through the first decades of the library’s history, but the Clements continued to acquire prints commemorating the events of the War of 1812 and 19th century politics. The acquisition of visual materials of all types accelerated greatly under the directorship of John C. Dann with numerous additions of 18th and 19th century satire, Civil War views, chromolithographs, portraits, and illustrated broadsides. Manuscript Curator Arlene Shy took special interest in British satire of the late 18th and early 19th centuries and oversaw the development of this collection as well as the organization of the rest of the print division.

The photography collection is comprised of over 150,000 images with examples of virtually every popular photographic format in use in America from 1840 into the 20th century. Since 2005, the photograph collection has become the library’s fastest growing.

Subject areas of strength include:

Individual photographs can be searched in Library Search. Discrete collections and photograph albums can be found in the online finding aids. Be sure to inquire about numerous and significant uncatalogued materials. Genre terms such as albumen prints, Daguerreotypes, stereographs, and tintypes will locate these materials specifically. These terms can be used in conjunction with keywords in other search fields.

Photographically illustrated books are found in the Book Division.

History of the collection

Significant holdings on the Civil War came to the library with the James S. Schoff Civil War collection. The acquisition of the wide-ranging Frederick P. Currier Collection in 1997 gave the library the critical mass necessary for a serious research resource on historical photography. The donation of the David V. Tinder Collection of Michigan Photography, the majority portion donated by David B. Walters in honor of Harold L. Walters, UM class of 1947 and Marilyn S. Walters, UM class of 1950, added over 100,000 images to the Clements holdings.

The Clements sheet music collection of approximately 30,000 titles represents popular music from American and foreign publishers from approximately 1770 to 1930. The collection highlights vocal music, often written for parlor performances on pianoforte, organ, or commonplace string instruments like the banjo. Also included are marches, multiple part pieces for stage productions, and many dance instrumentals.

Although the racially derogatory minstrel form is prevalent in the holdings after circa 1830, rare work of African American composers and performers such as Francis Johnson, Gussie Davis, and Scott Joplin also appears.

The emergence of illustrated sheet music covers in the early 19th century and the mid-century application of chromolithography to music publishing offers a significant opportunity for visual research, and the study of graphic design, typography, and printing technology.

Countless aspects of the American experience and numerous historical events are reflected in America’s popular music.

Areas of subject strength include:

The collection is sorted in chronological series, and also by publisher, composer, place of publication, and subject. Rare examples of early popular and patriotic songs up to the year 1825 are sorted to the index of Richard Wolfe’s Secular Music in America, 1801-1825.

A modest collection of American musicals scores had developed over the era of Howard Peckham’s directorship with an emphasis on late 18th and early 19th century imprints.

Through the 1960s and 1970s, a series of donations from collector Bly Corning brought approximately 30,000 pieces of 19th-century American sheet music from the massive Edison Phonograph Company collection to the Clements. Approximately 16,500 pieces and 50 bound volumes of music published between 1826 and 1920 make up the core of the Corning-Edison collection. Much of the Edison collection was distributed to the collections of the University of Michigan School of Music.

Substantial additions have been made by purchase and donation in subsequent years.

The ephemera collection is comprised largely of printed advertising and promotional materials, including trade cards, ribbons, brochures, greeting cards, playing cards, event programs, postcards, rewards of merit and other small ephemeral items. The collection spans the late 18th to the early 20th centuries, with the bulk of the material dating from circa 1850-1900.

Travel ephemera in the form of railroad timetables and steamship brochures are a strength as are the chromolithograph advertising cards in the Gerald and Charlotte Maxson Ephemera Collection.

Areas of subject strength include:

The ephemera collection is uncatalogued at present but available for browsing on request.

Several significant works in oil include:

Look for materials in both Library Search and Clements Finding Aids. Large-scale works on the walls are accessible upon request. Significant examples of original art are also housed in the manuscript division. Digitized examples appear in the Clements Library Image Bank.

The division also holds many small objects and artifacts in its realia collection including coins, medals, games, and various personal items related to manuscript collections. Of note are:

Realia related to specific manuscript collections can be located through the relevant finding aids. In general, the realia collection is uncatalogued but available for browsing upon request.

A growing percentage of the Graphics Division’s holdings are cataloged online, however consultation with the library’s reference staff is highly recommended for accessing uncataloged materials and recent acquisitions.

Although the greatest concentration of images at the Clements is held by the Graphics Division, outstanding visual materials can be found in every divisions of the library. To locate these materials, please consult the respective division guides.

The Grosvenor L. Townsend Scrapbooks: First-hand insights from the Spanish-American and Philippine-American Wars

The Graphics Division was created in 2002 from disparate groups of visual materials that had been assembled by the library from many sources for many decades. Prior to his 1923 donation to the university, William L. Clements had collected a modest number of portrait engravings, Revolutionary War satires, and historical prints that were in keeping with his interests in early American history. Directors Adams and Peckham added materials to the print collection, with the American Revolution, War of 1812, and 19th century politics becoming strengths.

Director John C. Dann made the acquisition of visual materials a priority starting in the 1980s. During his tenure, the library added significant holdings in printed ephemera, photographs, and sheet music as well as expanding the print collection. The first Curator of Graphics Material, Clayton Lewis, was hired in 2002.

From 2009, Director J. Kevin Graffagnino has continued to expanded the library’s visual materials. Of note are his addition of numerous 19th century bird’s-eye view lithographs, John James Audubon’s Quadrupeds, and the acquisition of the Richard Pohrt Jr. Collection of Native American Photography. 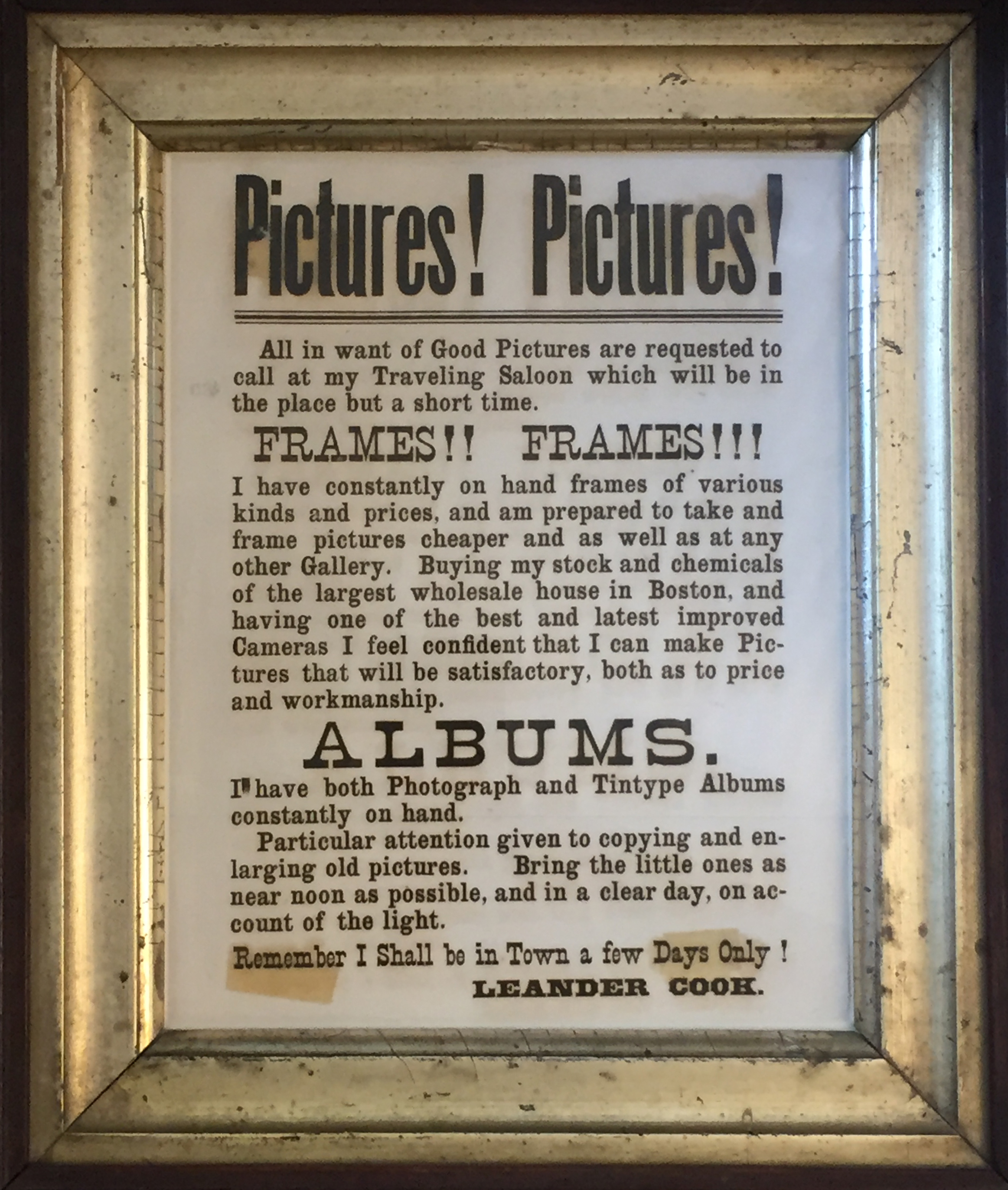 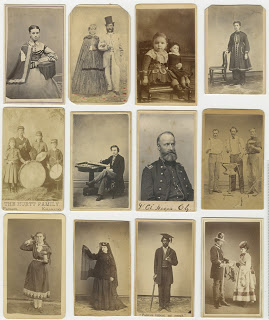 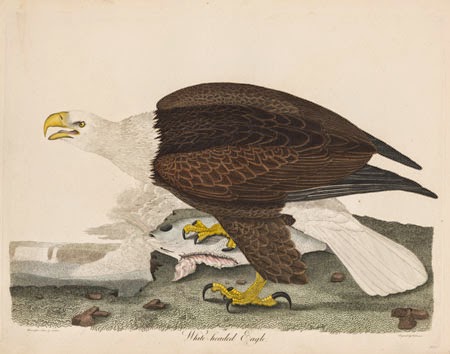 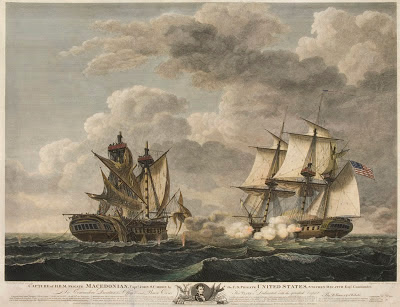 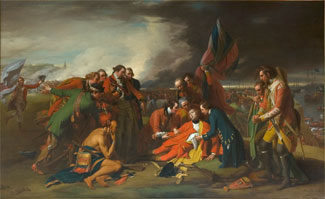 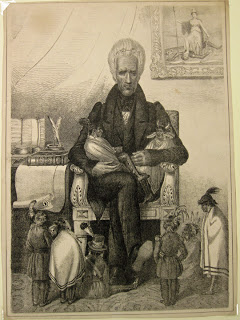 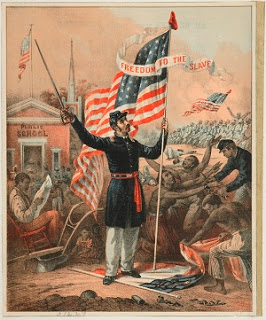 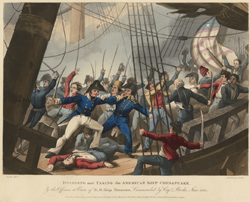 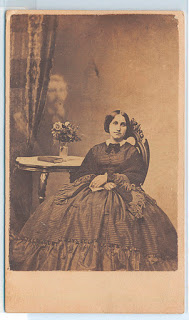 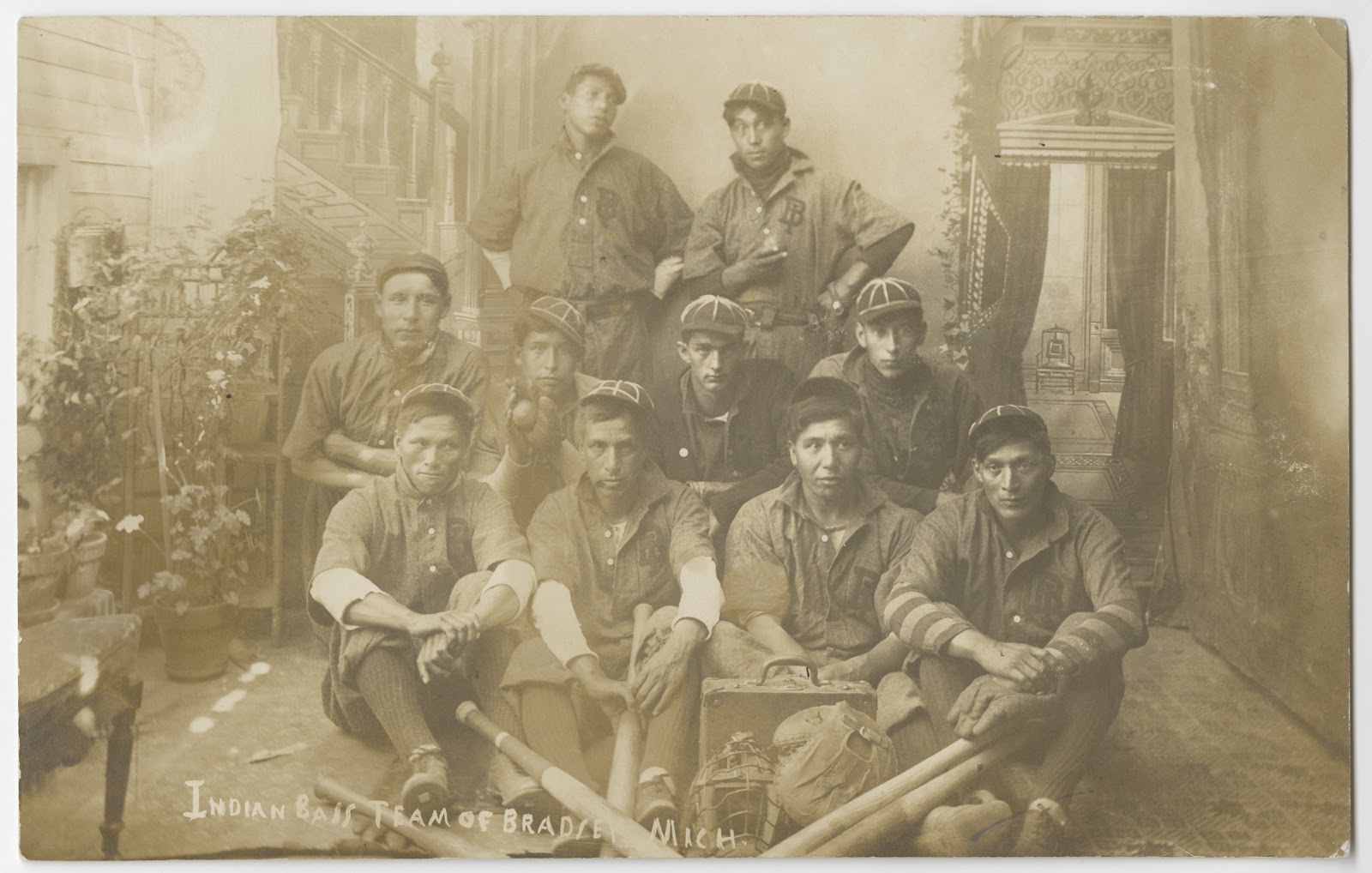 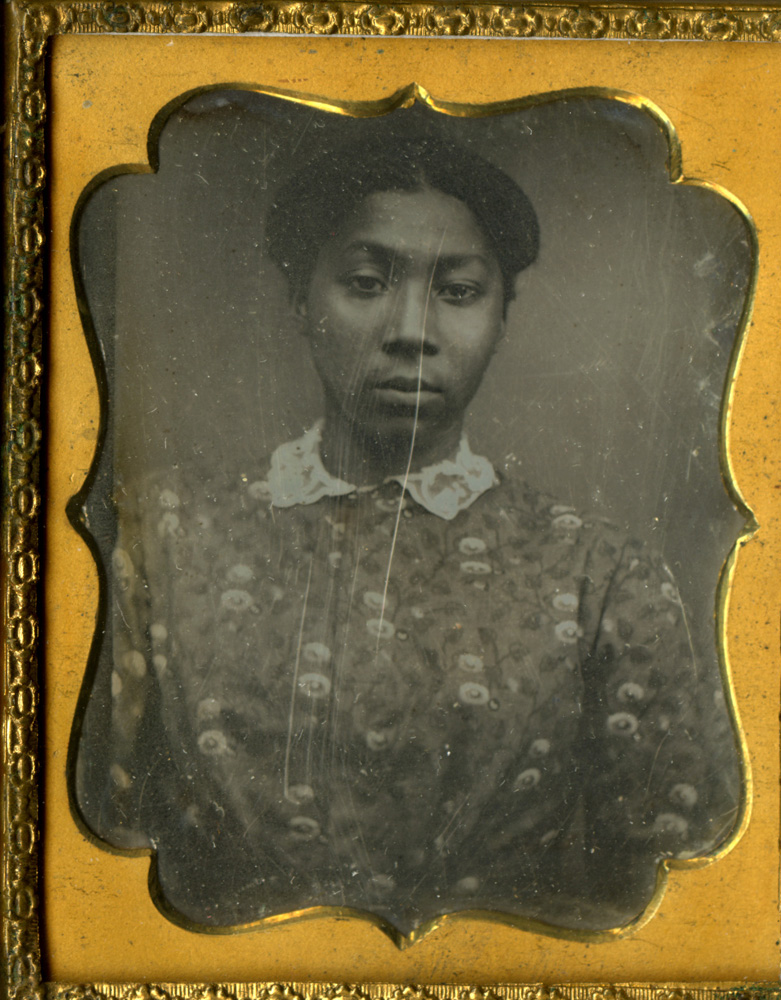 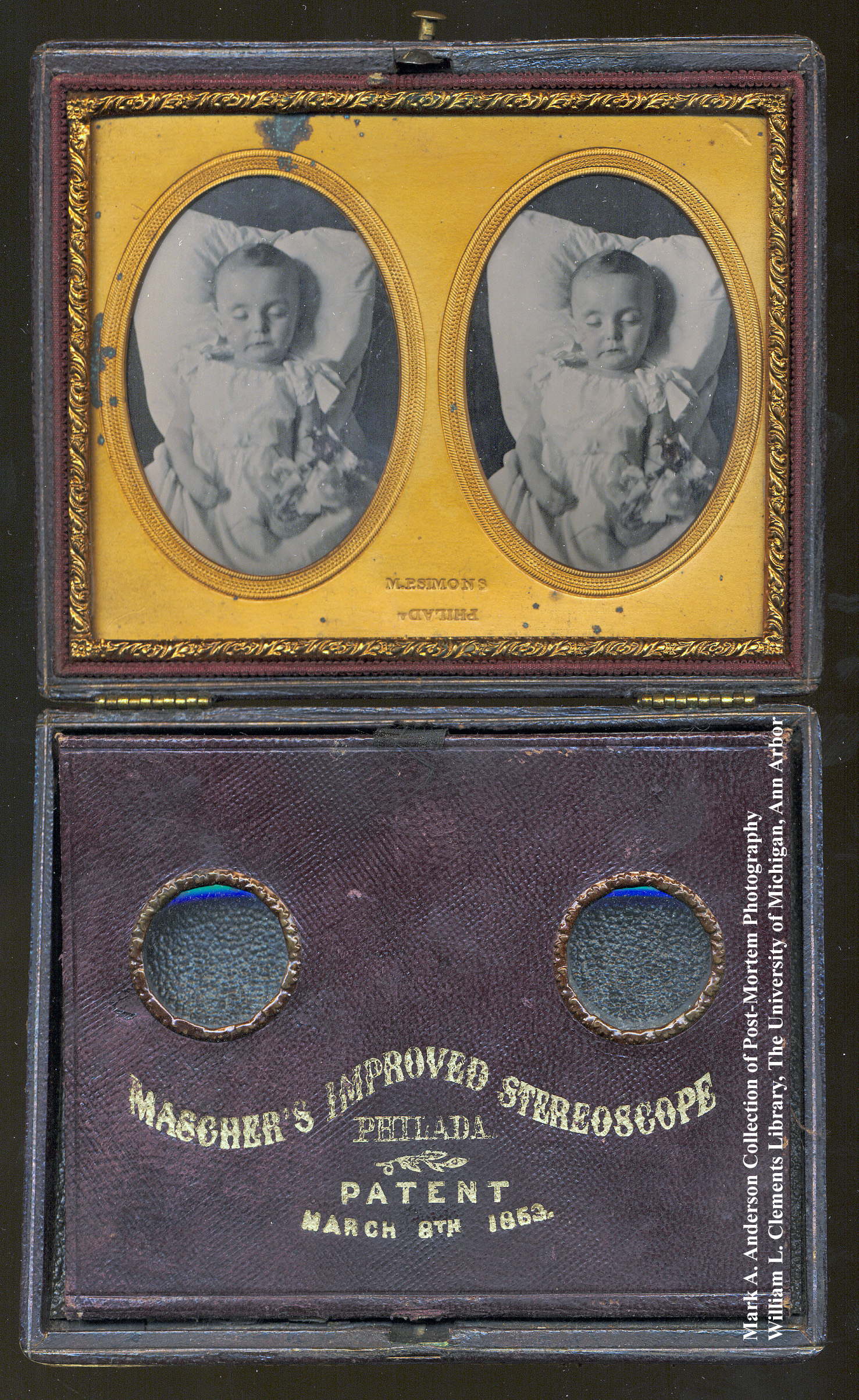