The Death of John André 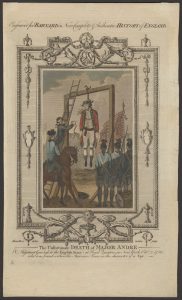 In April 1779 John André was placed in charge of the British Secret Intelligence. In this role he continued the negotiations with Benedict Arnold, which had been in progress since 1778. As Arnold was promoted to commander of West Point in August 1780, the British began to take his offerings seriously.

All that remained were the final details. Not easy to arrange, Arnold demanded a personal meeting with André. He asked André to go to Sheldon’s Headquarters at Lower Salem, disguised as “John Anderson,” an American agent. This would expose André to all of the hazards of ordinary secret agents. If  André was disguised to look like a spy, he would be captured as a spy. Clinton and André did not want this to happen. André wanted the final meeting to be in public, so that he would not have to take any unnecessary risk. However, as time wore on and they were unable to make these plans, Clinton and André agreed to follow Arnold’s lead.

On September 20th, André went on board the Vulture, a British sloop in the Hudson off Teller’s Point, to await for an American ship to pick him up and take him to Sheldon’s Headquarters. It was not until the night of the 21st, that André was picked up by Joshua Smith and taken to meet with Arnold. André wore his uniform so that he would not be taken for a spy.

Arnold met André on the shore near Haverstraw, NY and they went back to Smith’s house, behind American lines, to talk. There, Arnold gave André papers of West Point, which revealed the placement of troops and other compromising information.  By morning the meeting was over, but the Vulture had moved up river, having been fired upon by the Americans. This stranded André.

As a result of the Vultures move, André was forced to go back to the British by land, something he was loath to do, knowing of the dangers. To help out, Arnold  wrote some passes, using the disguised name of “John Anderson,” for André to get back to safety. André was not happy with these circumstances, and when it was decided that Smith would help lead André toward the British, André began to see himself as a prisoner and decided it was best for him to change out of his uniform and be disguised for the trip. André wanted to move fast and go all night, but on the 22nd , they ran into some New York militia men who convinced them to stay the night with them and move on in the morning. 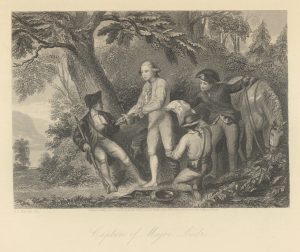 André could not give up his disguise, because all of his negotiations had been in secret. If anyone in the countryside had realized he was British they would have reported him. Therefore, he had to relent for the evening. On September 23rd, Smith finally left André’s side near Pine’s bridge, over the Croton River. They both believed that André would not see any more Americans past this point and that he would safely make it to the British lines. Around 9 am that morning though, he was stopped in neutral territory, near Tarrytown, by some militia men. We do not know exactly what happened in this encounter because of conflicting stories, but André is recorded as having said, “I was taken by three volunteers who, not satisfied with my pass, rifled me and, finding papers, made me a prisoner” (Van Doren, 340). He may have thought the men to be loyalists at first and then realized his mistake too late.

The men, finding the papers from Arnold on him, took André to North Castle, where Lt. Col. Jameson was in command. Jameson, not sure what to do, first sent a letter onto Arnold, his commander, concerning the situation. At this point Benjamin Tallmadge returned to North Castle from scouting and, being very suspicious of these goings-on, sent a letter with the found papers to Washington . André was held prisoner. Meanwhile, Arnold received the letter, and just missing having breakfast with Washington, who had not gotten his letter yet, fled for the Vulture and British safety.

Arnold escaped, but André was  to be tried as a spy. Something he had wanted to avoid from the very beginning. When Washington read the letter, he asked for the Court of Inquiry to study the incident and decide whether André was acting as a spy. The British believed that the Americans would not dare to execute a British Adjunct General. There was a trust  between sides that generals would be taken as prisoners and not executed. 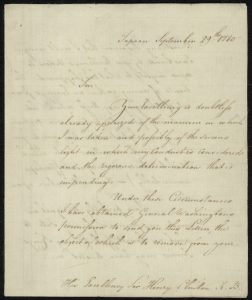 André was moved from Headquarters, to West Point, and finally to Tappan, where he was housed in a tavern. There, as the verdict was decided that André was acting as a spy by going behind enemy lines and disguising his uniform, he wrote a courageous letter, dated September 29, 1780, to his Commander, General Henry Clinton.  All the men on both sides were amazed at the turn of events. The American men admired André for his gallantry as much as the British did for his leadership. No one wanted him to die, but Washington had to be firm and did not back down. André was hanged as a spy at Tappan, New York, on Oct. 2, 1780. He was mourned even by his enemies.

André was an important general to the British and the loss of him was felt strongly. Everyone believed that Arnold should have been the one to die because of his treason and that André just happened to be in the wrong place at the wrong time. The Americans wanted to trade, but the British would not do it, knowing what would happen to Arnold. 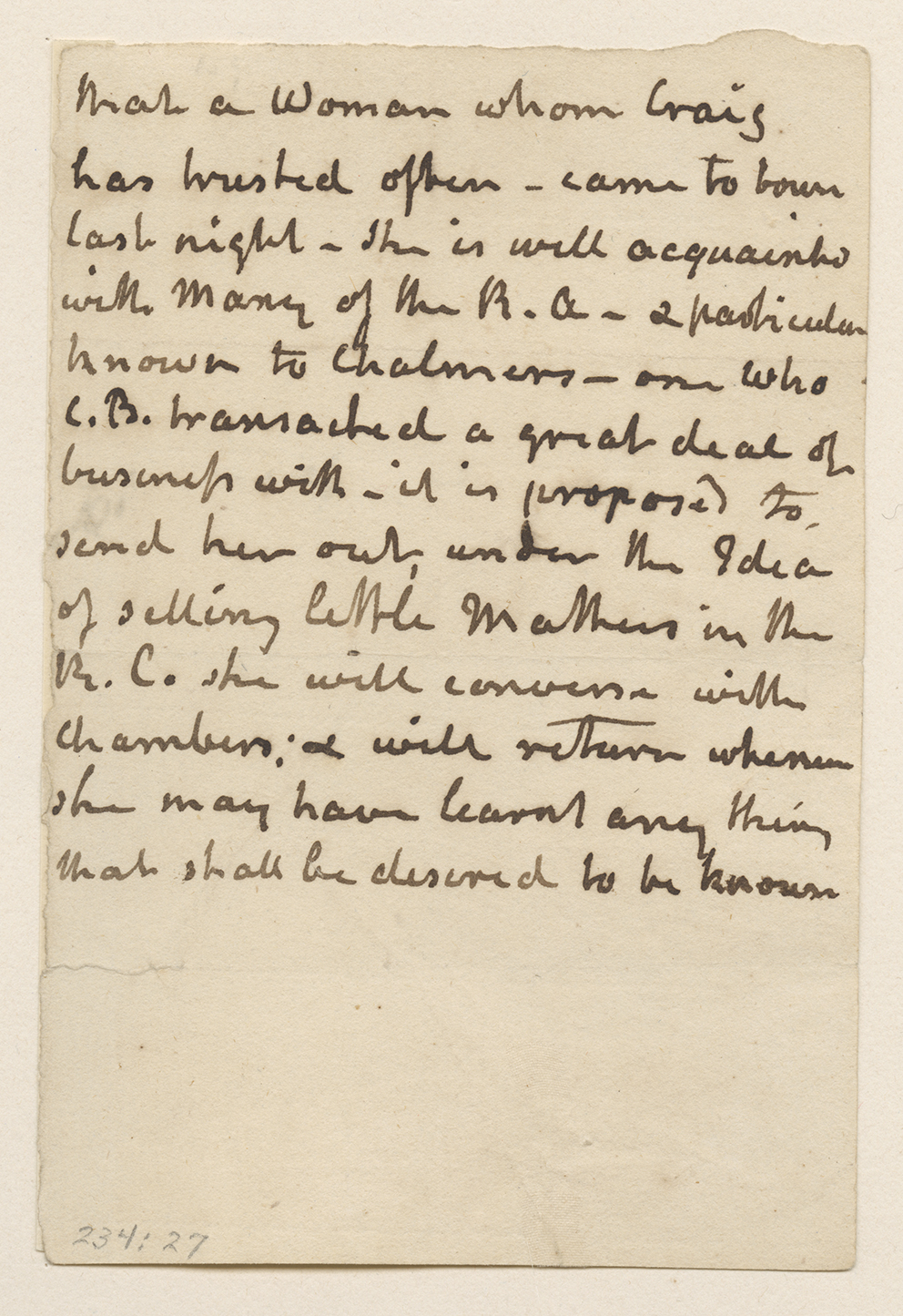