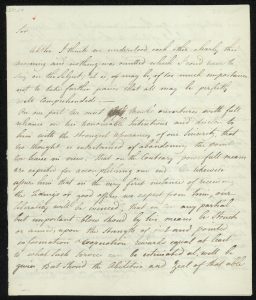 This letter contains Major John André‘s instructions to Joseph Stansbury about the terms of Benedict Arnold‘s treason to the British.  While Arnold was military commander of Philadelphia, he asked the loyalist Joseph Stansbury to proffer Arnold’s services to Sir Henry Clinton and the British.  At this time, Arnold faced charges for corruption and profiteering in Philadelphia.  Stansbury secretly went to New York, where he met Major John André at the house of Jonathan Odell.  (Stansbury probably had known André when the British had occupied Philadelphia.)  After this meeting, Stansbury hurried back to Philadelphia to avoid being suspected a traitor, while André drafted two letters.  First, he wrote to Clinton about how surprised he was with Stansbury’s offer.  Second, he drafted this first letter to Stansbury, which outlined what he expected from Arnold.

In this letter, André referred to Arnold as “Monk,” thus disguising his identity while also calling attention to the similarity between Arnold and a Scottish general who rebelled against the British Parliament to restore the British monarchy in 1660.  André wanted Arnold to continue nominally in the service of the Americans, while secretly serving the British cause.  André assured Arnold that he would be amply rewarded for acting as a spy and providing the British with information.  André had very specific instructions for the types of information that Arnold should gather as a spy.  For example, André suggested that Arnold reveal the numbers and positions of American troops, movements of reinforcements, or their channels of communication.  Arnold would receive even handsomer rewards if he could help the British attack and defeat American troops, or if he turned over American troops to the British.

André also gave very specific instructions for how information in the spy letters would be conveyed and concealed.  Stansbury would be the mediator between the communications of Arnold and André.  There were multiple methods of secrecy.  In order to pass letters in a cipher, both André and Stansbury would have a copy of Blackstone’s Commentaries on the Laws of England.  Each disguised word in the letter would be represented by three numbers: the number of the page the word was on, the number of the line, and the number of the word in the line.  André also suggested how they should use invisible ink.  He even suggested that Arnold’s wife, Peggy Shippen, write letters to her friend, and that Stansbury put invisible writing between the lines intended for André.  Finally, André suggested that they use veiled language, such as talking about an old woman’s health.

In this letter, André also referred to another conspirator the British could use if the arrangement with Arnold did not work out.  Although anonymous here, André was referring to Samuel Wallis, who was affiliated with General Howe.   Wallis eventually replaced Stansbury as Arnold’s agent.

See the Letter: John André Letter to Joseph Stansbury, May 10, 1779 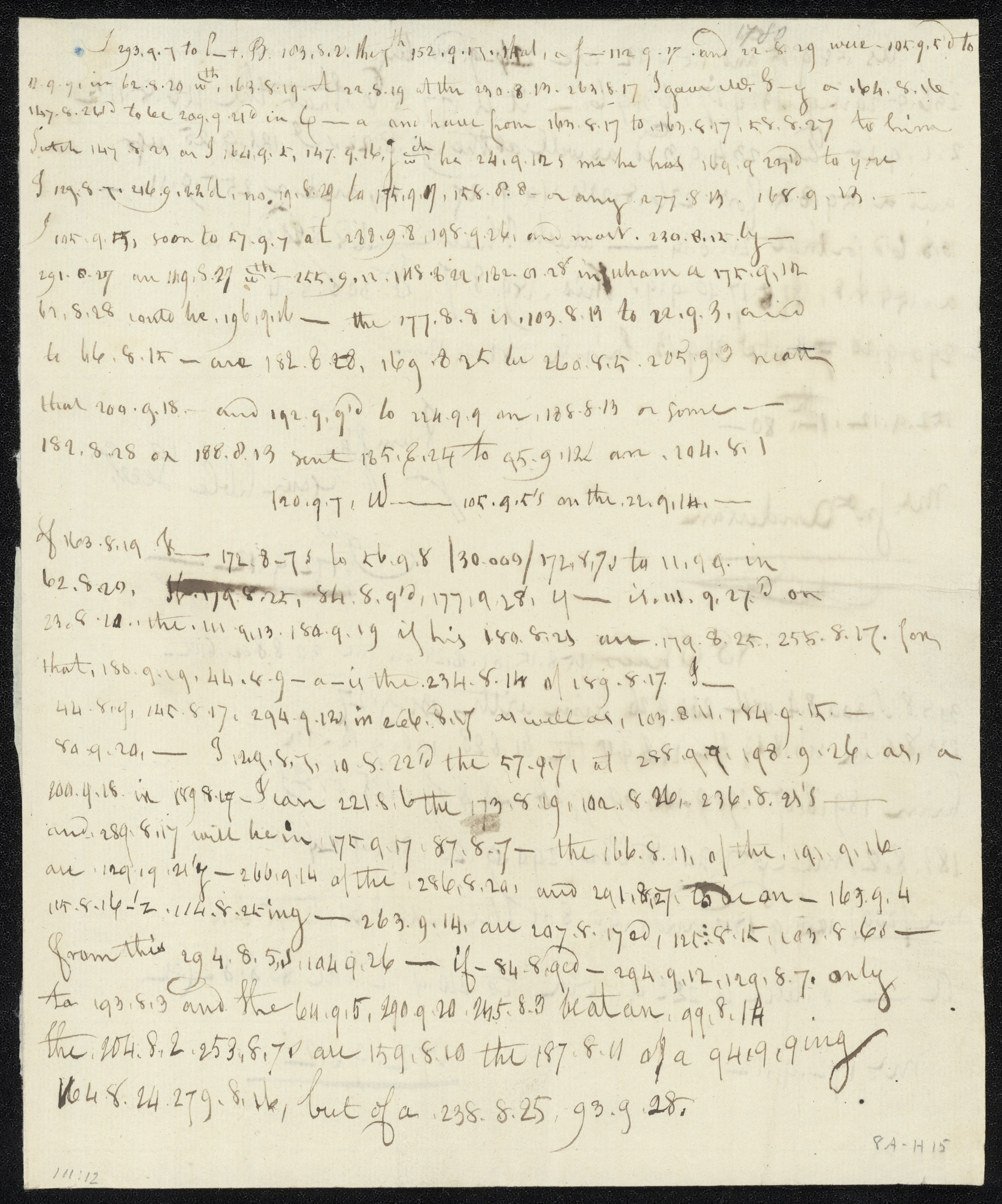