A Guide to the
James S. Schoff Civil War Collection 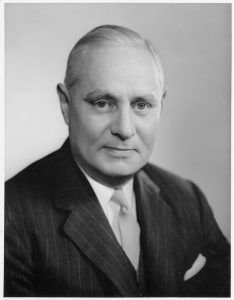 James Stanley Schoff was born in Hilton, New York, on February 11, 1900. He gained an early interest in history by listening to stories told by the Civil War veterans in Hilton. His high school American history teachers increased his enthusiasm, and he decided to major in history at the University of Michigan. While there, Schoff studied with well-known historians Ulrich B. Phillips and Claude Van Tyne, both of whom were Pulitzer Prize winners. Although he embarked on a career in retail after his graduation in 1922, Schoff maintained a passion for history and started collecting a few Revolutionary War and Civil War items in the 1920s while he was working for L. Bamberger & Company in Newark, New Jersey. Mr. Bamberger was an autograph collector, and when dealers stopped by his office with manuscripts to sell, James Schoff often talked with them.

The Fair, a department store in Chicago, hired Schoff in 1939 to become president and general manager. He started attending the Chicago Civil War Round Table, organized by Ralph Newman in 1940 at his Abraham Lincoln Book Shop. Sparked by the Civil War Round Table enthusiasm, Schoff gave up adding to his Revolutionary War materials in order to concentrate solely on his Civil War collection. Mr. Schoff’s last retail job was as president and managing director of Bloomingdale Brothers in New York. There, Schoff was located in the best place for making contacts in the book and manuscript trade. Although he purchased letters of famous generals and the like, his greatest love was for those written by common soldiers. For the rest of his life, he carefully and judiciously purchased manuscripts until he had amassed one of the most significant private Civil War collections in the country.

The James S. Schoff Civil War Collection consists of thousands of manuscript soldiers’ letters, hundreds of regimental histories and other Civil War titles, hundreds of photographs, including those by Matthew Brady and Alexander Gardner, and pieces of ephemera such as soldiers’ voting records.

“I propose to destroy Macon, Augusta and, it may be, Savannah and Charleston …” Michigan Alumnus (February 1975): 13-15. Concerns the James Schoff collection of Civil War materials in the Clements Library manuscripts division.

The majority of the books in the Schoff collection are shelved separately in the “S” call number and arranged by state. The local subject heading James S. Schoff Civil War Collection identifies all Schoff books in the catalog.

Finding aids for manuscripts and graphics collections include over 300 collections that are part of the James S. Schoff Civil War Collection.

With the hope that friends and colleagues will enjoy hearing news of our activities, the Clements Library proudly resumes publication of The Quarto.

The Clements Library’s holdings on the American Civil War are broad in scope and span all four divisions. Particular strengths include the experiences …

The Civil War has a tremendous hold on Americans.

April 12, 2011, marks the 150th anniversary of the firing on Fort Sumter that started the American Civil War.