A Guide to the
David V. Tinder Collection of Michigan Photography 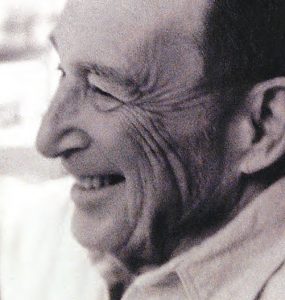 David V. Tinder was born in Lima, Ohio, in 1926, and moved to Flint, Michigan, as a child. He served in the United States Navy as an electronic technician’s mate until he was honorably discharged in July of 1946. Dave Tinder attended Flint Junior College for one year before transferring to the University of Michigan, which awarded him a Bachelor of Science degree in Physics in 1949.

Tinder spent the majority of his career as a project engineer and engineering manager to new product development in the Detroit area. He worked for manufacturers and automotive suppliers including Dura Corporation, McCord Corporation, and United Technologies. Tinder developed many successful products and has been issued sixteen United States patents plus a number in foreign countries. Dave Tinder retired from United Technologies, Automotive Products Division in 1990.

Tinder began collecting antiques in the late 1950s, starting with leaded glass lamps, art glass and ceramics, Art Nouveau pewter, and Japanese bronzes. Inspired by William C. Darrah’s 1964 book A History of Stereographs in America and Their Collection, he amassed a large group of international photographic stereo views. By the early 1970s he began trading his international collection for Michigan stereo views and other early photographic formats related to Michigan. Eventually this would include examples of virtually every popular photographic format used by both professional and amateur photographers in the first century of photography.

The David V. Tinder Collection of Michigan Photography consists of over 100,000 images in a variety of formats including daguerreotypes, ambrotypes, tintypes, cartes de visite, cabinet photographs, real photo postcards, stereographs, and mounted and unmounted paper prints. The collection is primarily made up of vernacular photographs of everyday life in Michigan taken by both professional and amateur photographers from the 1840s into the mid-twentieth century. In addition to supporting local history research, the collection has resources for the study of specific events and subjects. Included are images related to lumbering; mining; suburbanization; the industrialization of cities; travel and transportation; the impact of the automobile; the rise of middle-class leisure society; fashion and dress; ethnicity and race; the role of fraternal organizations in society; and the participation of photographers in business, domestic, and social life. The collection is only partially open for research.

Sorted by county, place name, photographer and/or publisher, with some a few special sets are grouped separately. Comprised mostly of outdoor views. Date range from 1859-1920. Approximately 6500 items. NOT PRESENTLY OPEN FOR RESEARCH.

Alphabetized by photographer. Housed in ring binders, approximately 24 binders representing over 800 photographers. Includes both original and reproduction photo portraits of photographers, views of gallery storefronts and interiors, images of photographers in the field, and advertising samples. Approx. 1,800 items. NOT PRESENTLY OPEN FOR RESEARCH.

Small objects and realia related to Michigan photography. NOT PRESENTLY OPEN FOR RESEARCH.

NOT PRESENTLY OPEN FOR RESEARCH.

A selection of images from the David V. Tinder collection have been digitized and are available in the Clements Library Image Bank.

The Tinder collection of approximately 100,000 photographs primarily consists of vernacular photographs of life in Michigan during the nineteenth and …