Home » About » History » Opening of the Library

Opening of the Library

Beginnings of the Collection

Construction of the Library

Opening of the Library 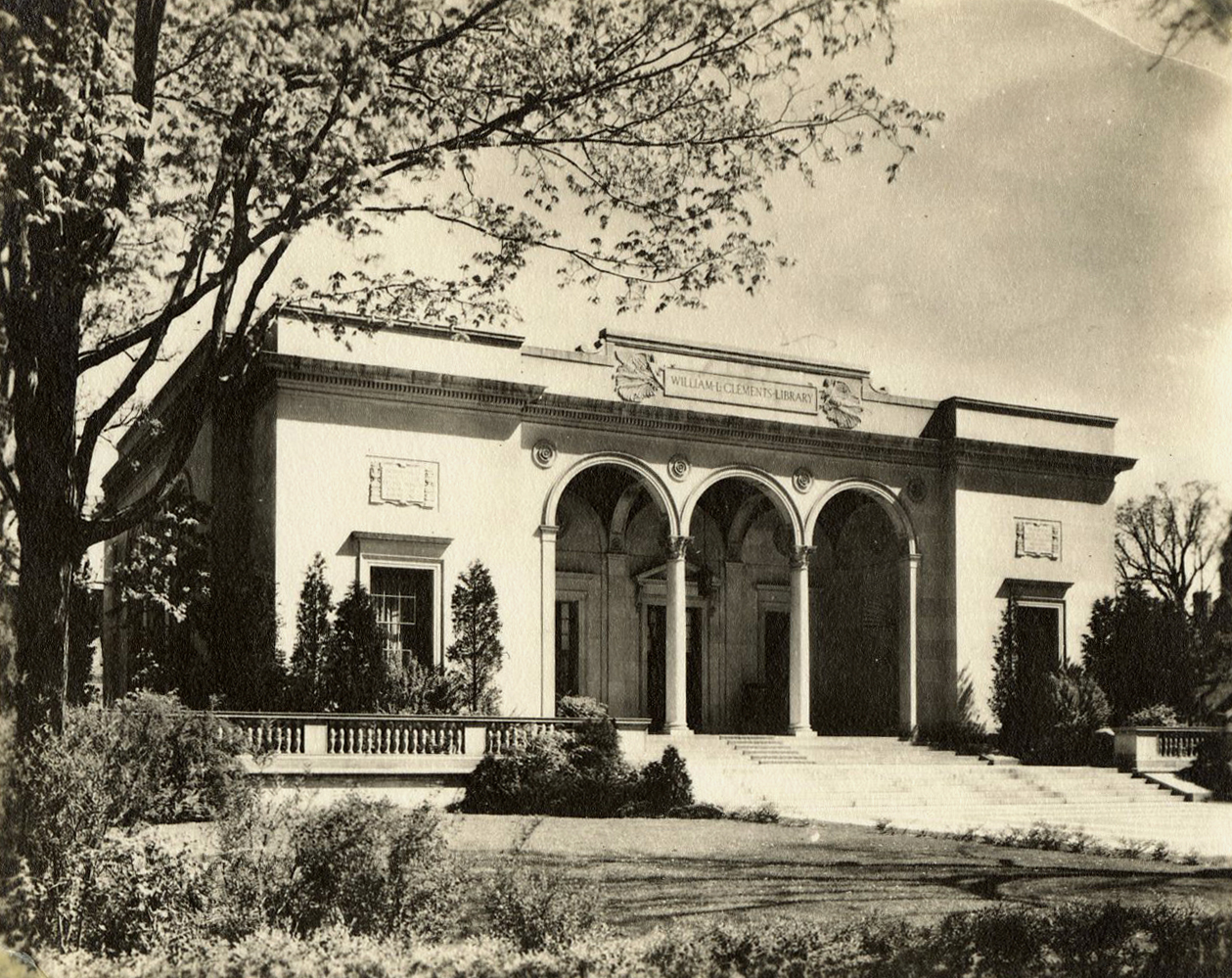 The William L. Clements Library opened in 1923 with the gift of Clements’ extraordinary Americana collection–20,000 volumes of rare books, 2,000 volumes of early newspapers, several hundred maps, and the papers of Lord Shelburne, the British Prime Minister who negotiated the peace ending the Revolutionary War. Clements modeled his library after the John Carter Brown Library in Providence, Rhode Island. In his gift agreement with the University, Clements stipulated that his library would be dedicated to collecting and preserving primary sources for early American history, that it would be independent from the University’s library system, and that it would be available only to advanced scholars. The Library was to be governed by a board of trustees selected by the Regents and chaired by the University President. In return, the University agreed to provide financial support for staff salaries, building maintenance, and a sum for acquisitions. 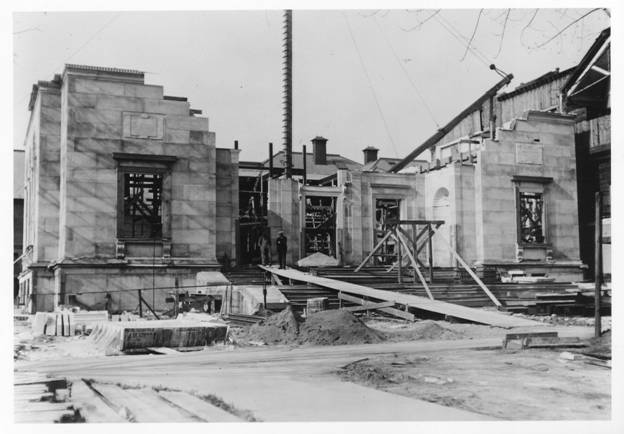 Construction of the Library
The Avenir Foundation Room 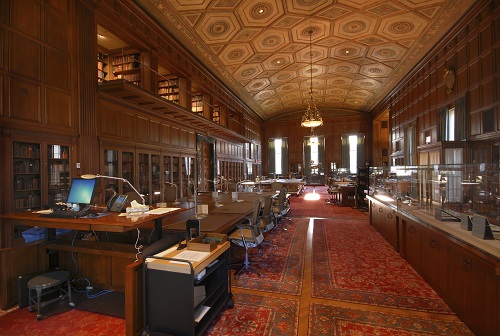