Barbary Wars at the Clements

During the 17th and 18th centuries, the Barbary States – Morocco, Tunis, Tripoli, and Algiers – terrorized the waters off the coast of Northern Africa.  Their state-sanctioned pirates seized European merchant ships, plundered their cargoes, enslaved their crews, and extracted heavy ransoms from the victims’ families and governments.  Instead of confronting the piratical states militarily, many of the wealthy powers of Europe chose to pay “tributes” to the Barbary governments in exchange for the safe passage of their Mediterranean trading ships.

With the signing of the Treaty of Paris in 1783, the United States formally gained its independence from Great Britain. Americans hoped that they would now enter a new era of global free trade, but soon realized the many drawbacks of no longer being protected by Britain’s powerful navy and international agreements.  American merchants found themselves defenseless against the Barbary pirates.

At a time when water was the most economically viable way to transport goods, the Mediterranean was vital to American prosperity.  Presidents Washington and Adams chose to pay exorbitant tributes to the Barbary powers, though the bribes failed to ensure full protection from piracy and were subject to the whims of the Bashaw of Tripoli, the Bey of Tunis, the Sultan of Morocco, and the Dey of Algiers.  With tribute prices escalating, the newly elected President Thomas Jefferson bypassed Congress and sent the nation’s fledgling navy to confront the Barbary powers. In 1815, President James Madison sent a naval force to the Mediterranean to finish what Jefferson started, and finally put an end to the Barbary piracy.

This online exhibit highlights the Clements Library’s best holdings related to the Barbary Wars.  Featured items include manuscripts, books, maps, and engravings documenting the United States’ first interactions with the Arab world and the early development of the U.S. Navy.  The heart of this material comes from three manuscript collections: The Tobias Lear papers, the John Rodgers papers, and the Isaac Chauncey papers. Together, these collections document the highest level of naval and diplomatic decision-making during and after the wars. Additionally, the exhibit relies on several other manuscript collections that contain discussions of and references to early American activities in the Mediterranean. Also showcased is the Clements’ collection of 19th-century Barbary captivity narratives, books that informed and inflamed the American public on the home front, as well as images of the naval conflict and maps of the region.  We hope that the exhibit will draw attention to an often-neglected episode in American history, and inspire researchers and enthusiasts to pursue new discoveries at the Clements Library.

Project archivist Philip Heslip identified and compiled the manuscripts and collections used in this exhibit in conjunction with his work on the manuscripts division’s National Endowment for the Humanities processing grant “Landmark Events in the Early American Republic.” 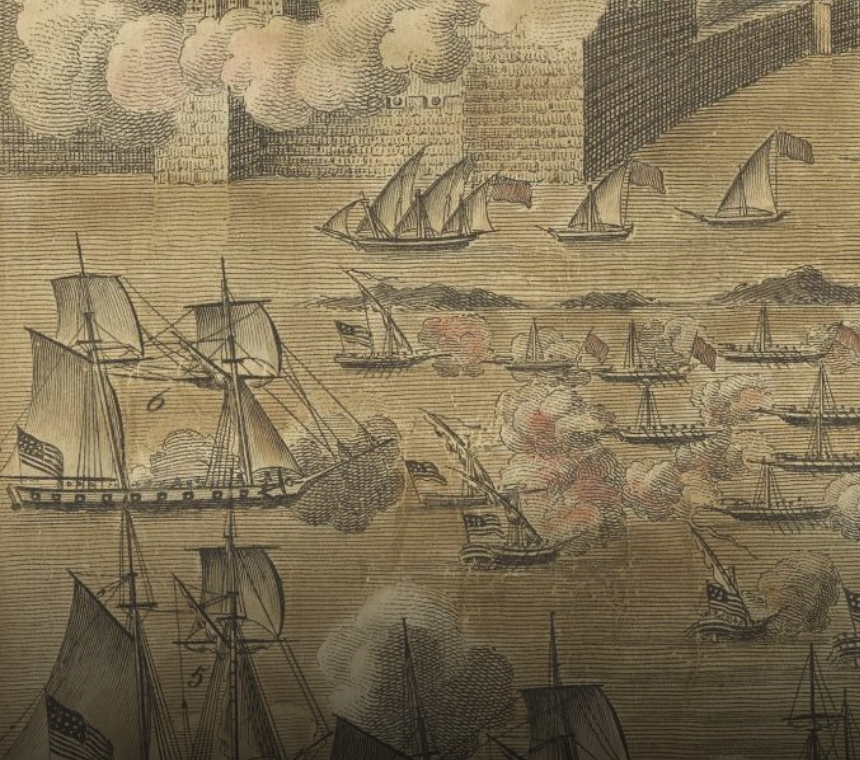