Algiers sided with the British during the War of 1812, though the British blockade along the Atlantic stymied most American trade in the Mediterranean.  Shortly after the end of the war, President Madison requested that Congress approve war against Algiers.  Authorization came on February 23, 1815, and on May 20th a 10-ship squadron led by battle-hardened Stephen Decatur left New York for Algiers.  An even larger force headed by William Bainbridge was close behind.

Decatur, as commander of the Guerriere, captured the ship Meshouda and in the skirmish killed the corsair Raïs Hamidou.  After inflicting further damages on the Algerian fleet, Decatur dictated terms of peace on June 29, 1815.  The agreement stated that, in return for the captured Algerian ships, the United States would no longer pay tributes and would enjoy full shipping rights. Additionally, Algiers would free all ten enslaved Americans, primarily former members of the Edwin, and provide them with $10,000 of compensation.  Unfortunately, the luckless captives all perished on the journey home when their ship, the Epervier, sunk in the Atlantic.

Though the 2nd Barbary War lacked the drama and heroism of the conflict with Tripoli, the defeat of Algiers won respect for America, and marked a victory for free trade.

The bulk of the 2nd Barbary War material at the Clements is in the John Rodgers papers and the Isaac Chauncey papers with additional items in the Charles Morris papers and the Oliver Hazard Perry papers.

Tingey discusses recent promotions in the navy in preparation for the mission to confront Algiers, and mentions the condition of the Washington Navy Yard. 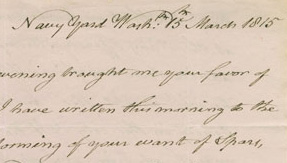 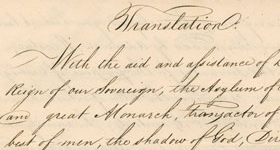 Decatur’s report to Shaler on returning captured ships to Algiers as part of the peace terms. 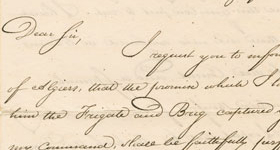 Henry relates to Rodgers the difficulties of life as a new consul far from home. He mentions news from Algiers and notes the unfortunate loss of the Epervier. Henry also offers his candid opinion of Stephen Decatur, along with other business. 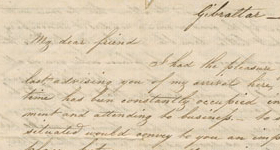 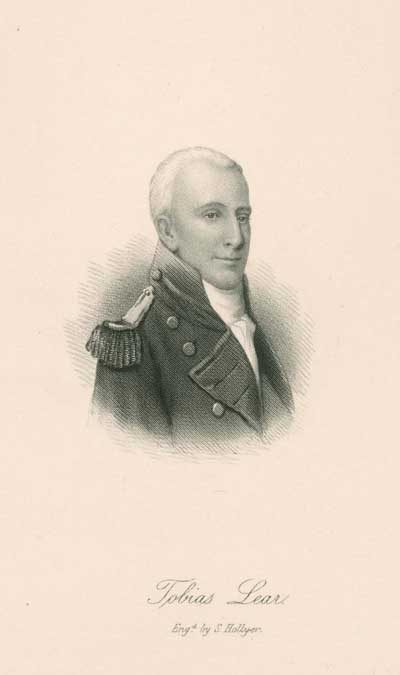 Between the Wars
Aftermath: America's Presence in the Mediterranean 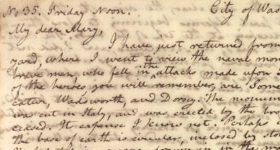