The Henry Burbeck Papers consist of approximately 2,300 letters, maps, other military documents, and publications. The bulk of the manuscripts date between 1805 and 1812, with around 100 undated items. The corresponence, which comprises the bulk of the collection, is predominately incoming messages from Burbeck’s subordinate Captains and Majors (approximately 1,500 items) with a smaller number (approximately 460 items) of copies and drafts of letters written by Burbeck. 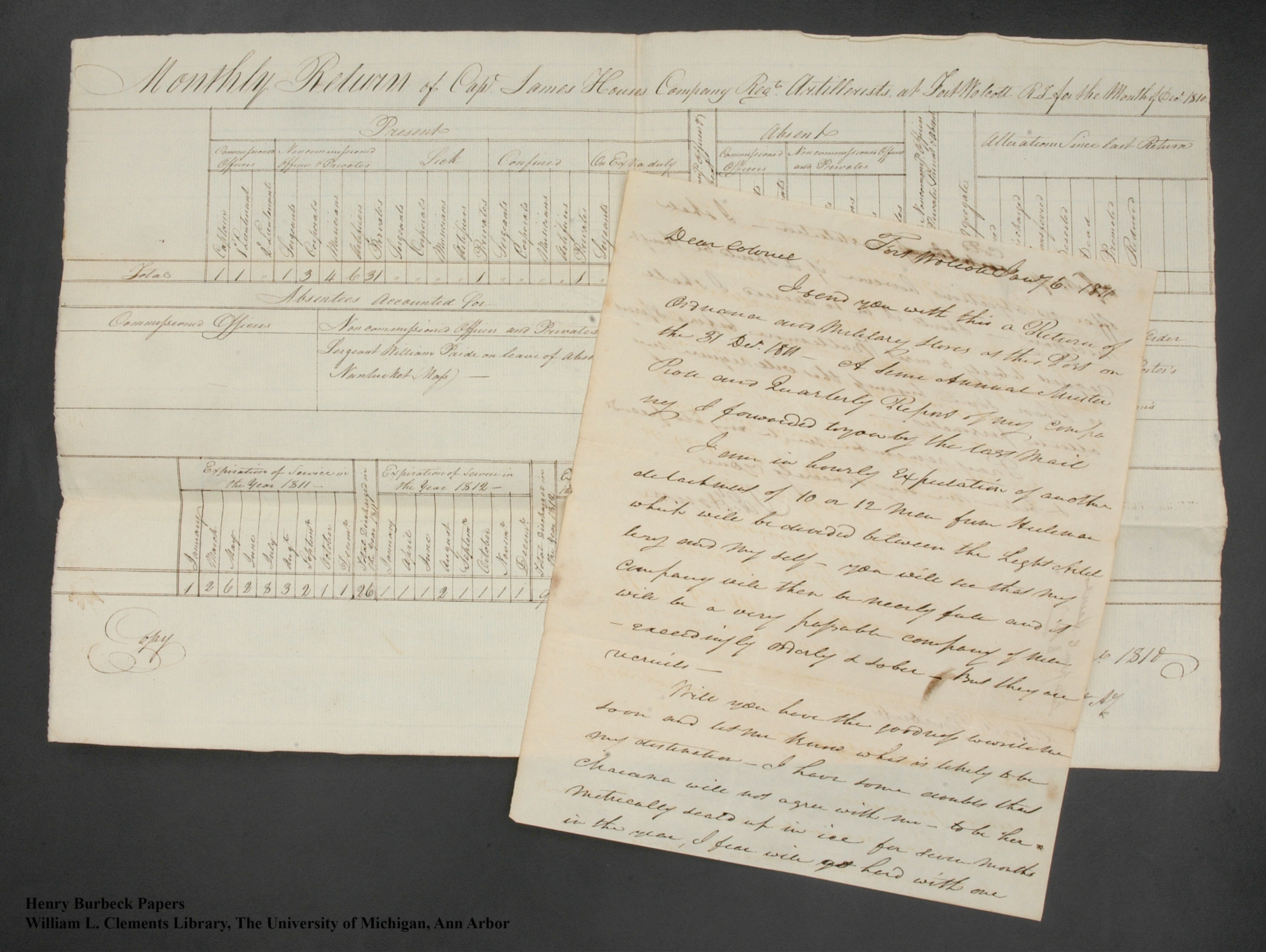 The United States Army occupied and administered a large geographical area in the first decade of the19th entury. Burbeck, as commanding officer of the Artillery, received letters from subordinate officers at posts from Maine to the Mississippi Valley. Many of these letters contained regular military reports, such as “returns” and muster rolls. These documents included information on troop strength, numbers of sick, and provisions on hand. These letters and reports were a key mechanism by which Head Quarters accounted for soldiers and supplies. Because of tight financial restrictions placed on the Army, officers frequently wrote to Burbeck for the procurement of proper clothing, supplies, and pay for themselves and the men under their command. On account of the rigid hierarchical structure of the Army during the period, officers at forts and recruitment rendezvous did not feel authorized to act without approval of their commanding officer and/or the Secretary of War. Since letters often took four to six weeks to arrive at their destination, delays in carrying out and complying with demands were commonplace. 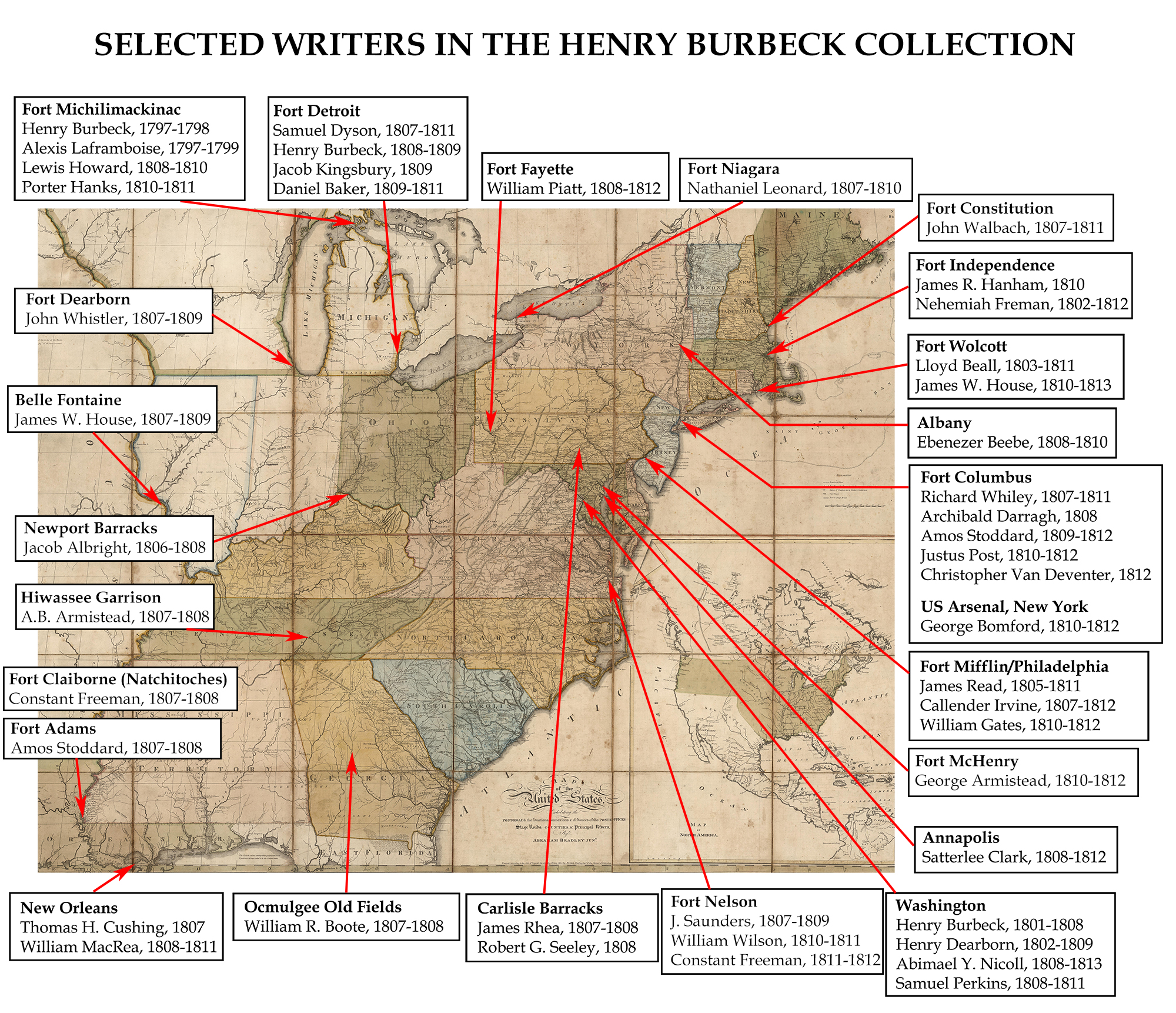 Frequent correspondents represented in the collection include Secretary of War Henry Dearborn; as well as artillery officers Amos Stoddard, Moses Porter, Richard Whiley, George Armistead, James House, Nehemiah Freeman; and many others. Over seventy incoming letters are addressed to Secretary of War Henry Dearborn, which were then forwarded to Burbeck.

The majority of the correspondence between Burbeck and his officers concerns the construction, testing, and shipment of artillery guns and gun carriages, as well as the building and improvement of coastal and internal military forts. Burbeck interacted with private contractors hired by the Army to construct cannon and shot, and to move supplies. While much Henry Burbeck’s correspondence was routine, military, and formal, considerable information about social aspects of the US Military may be found throughout the collection. Please see the Selected Notable Manuscripts for examples. 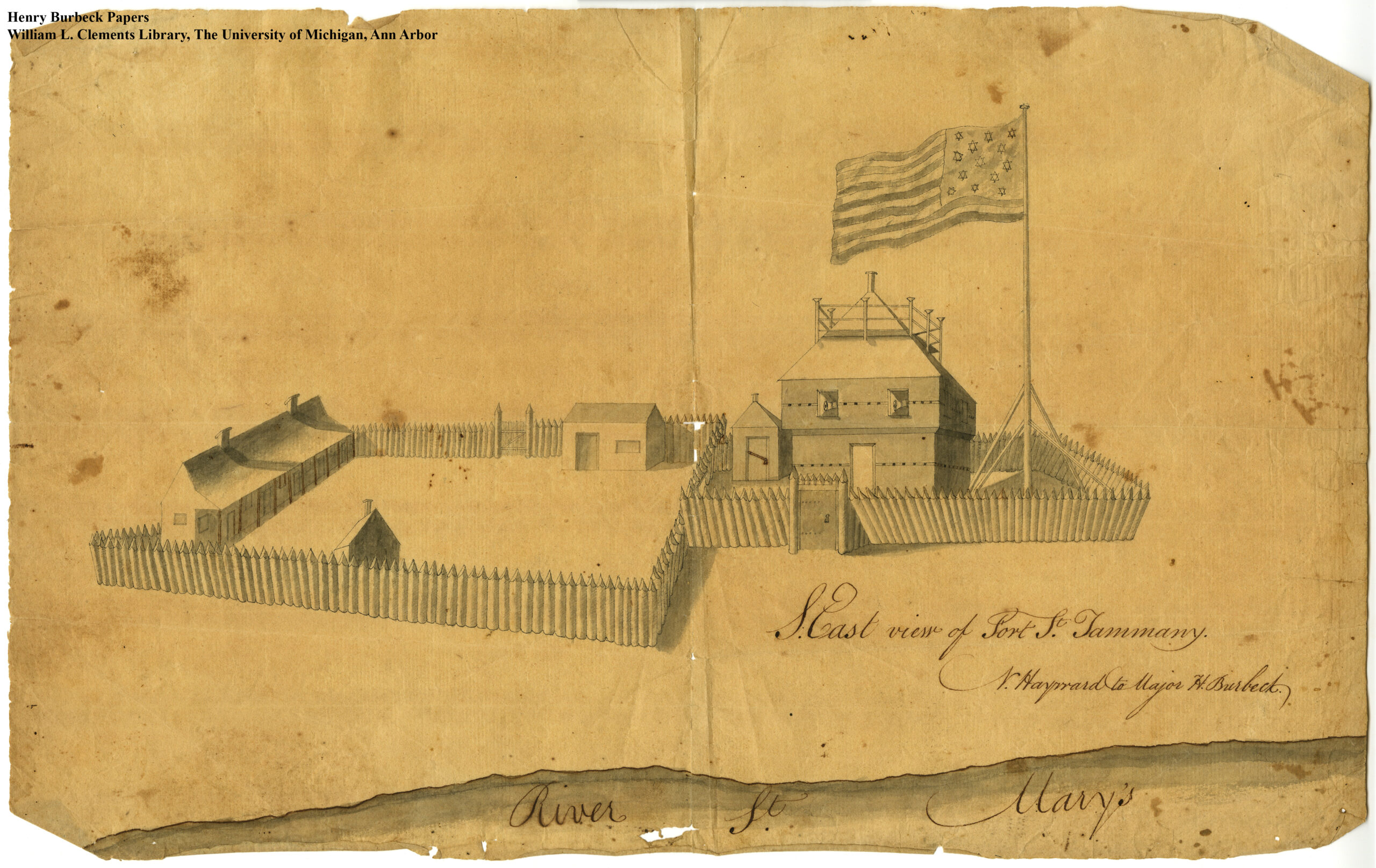 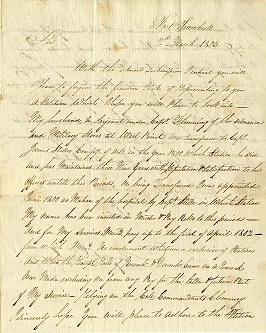