Home » Public Programs » Online Exhibits » “No, not even for a picture”: Re-examining the Native Midwest and Tribes’ Relations to the History of Photography » Views of Assimilation

Indian Boarding School: Indian Boarding Schools were a system created in the early to mid 19th century with the intent of fully assimilating Native American children to Euro-American culture. At these schools children commonly suffered emotional, physical, and sexual abuse at the hands of the educators, and were usually banned from speaking their Native language or practicing any non-Christian religious customs.

Throughout the 19th and 20th centuries, Indian boarding schools systematically and forcefully separated children from their families and communities.  The schools then forbade Native languages, dress, behaviors, and cultures. Many students at these schools reported emotional distress, homesickness, rampant physical violence, and sexual abuse. This trauma is still felt today within Native communities. 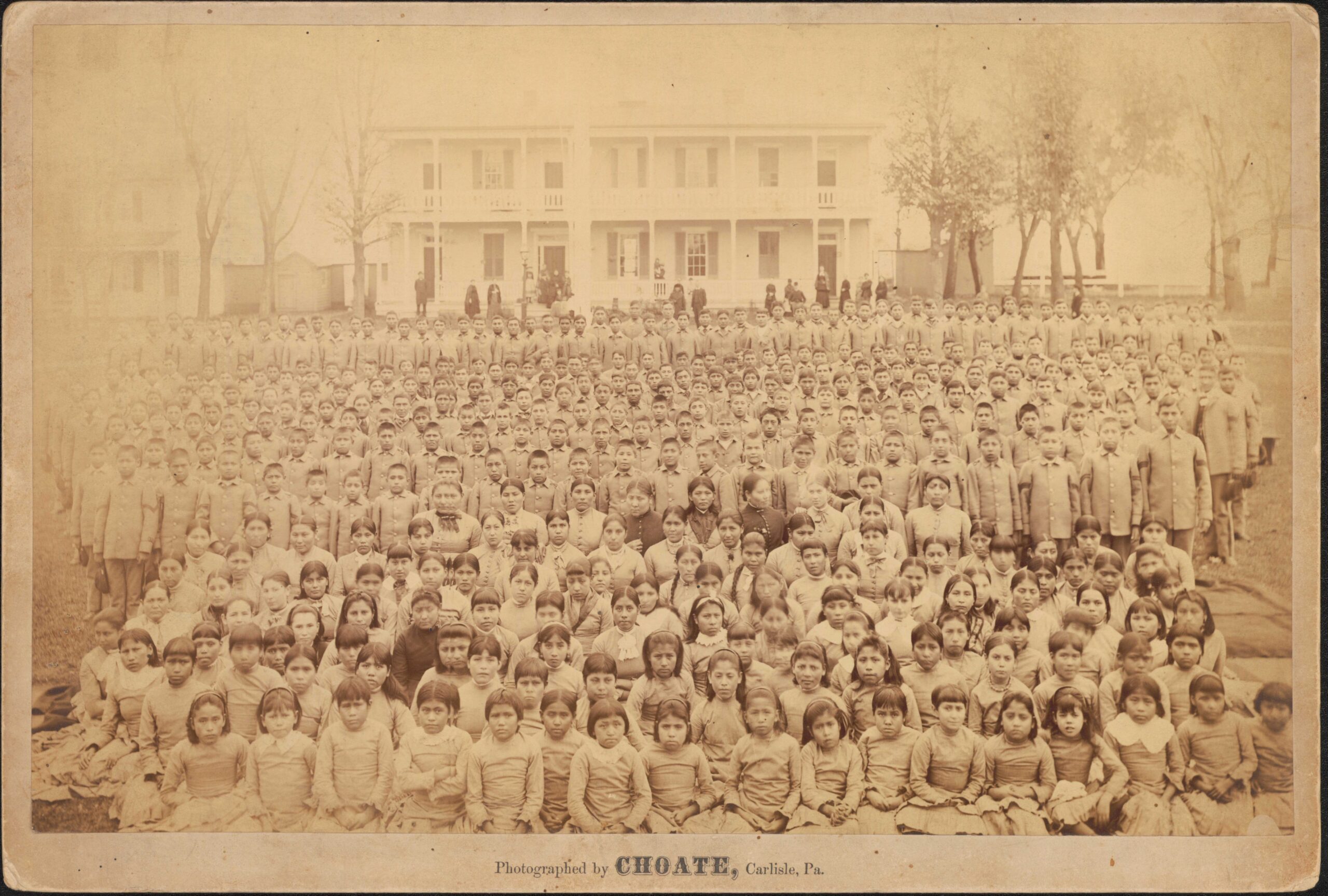 Carlisle Indian Industrial School in Pennsylvania is one of the most well-known boarding schools in the United States. Carlisle developer Richard Henry Pratt summarized the goal of these schools in the now-infamous quote: “kill the Indian, and save the man.”

Large group photos, such as this one, depict students from many different tribes as one homogenous, pacified group. Included are students from across Michigan. This photo places the institution and its violent methods in the far background, choosing to foreground the assimilated and “civilized” mass of students.

Boarding schools were not shy of documenting their results. Students were often posed in “before-and-after” portraits, though such portraits were highly constructed and not necessarily taken before or after attending the schools.

While the subjects in the two following photos differ, they represent this use of photography; one at either end of a perceived binary of assimilation.  How are these children represented differently? What do these differences show about perceptions of Native Americans and “civility” to viewers? 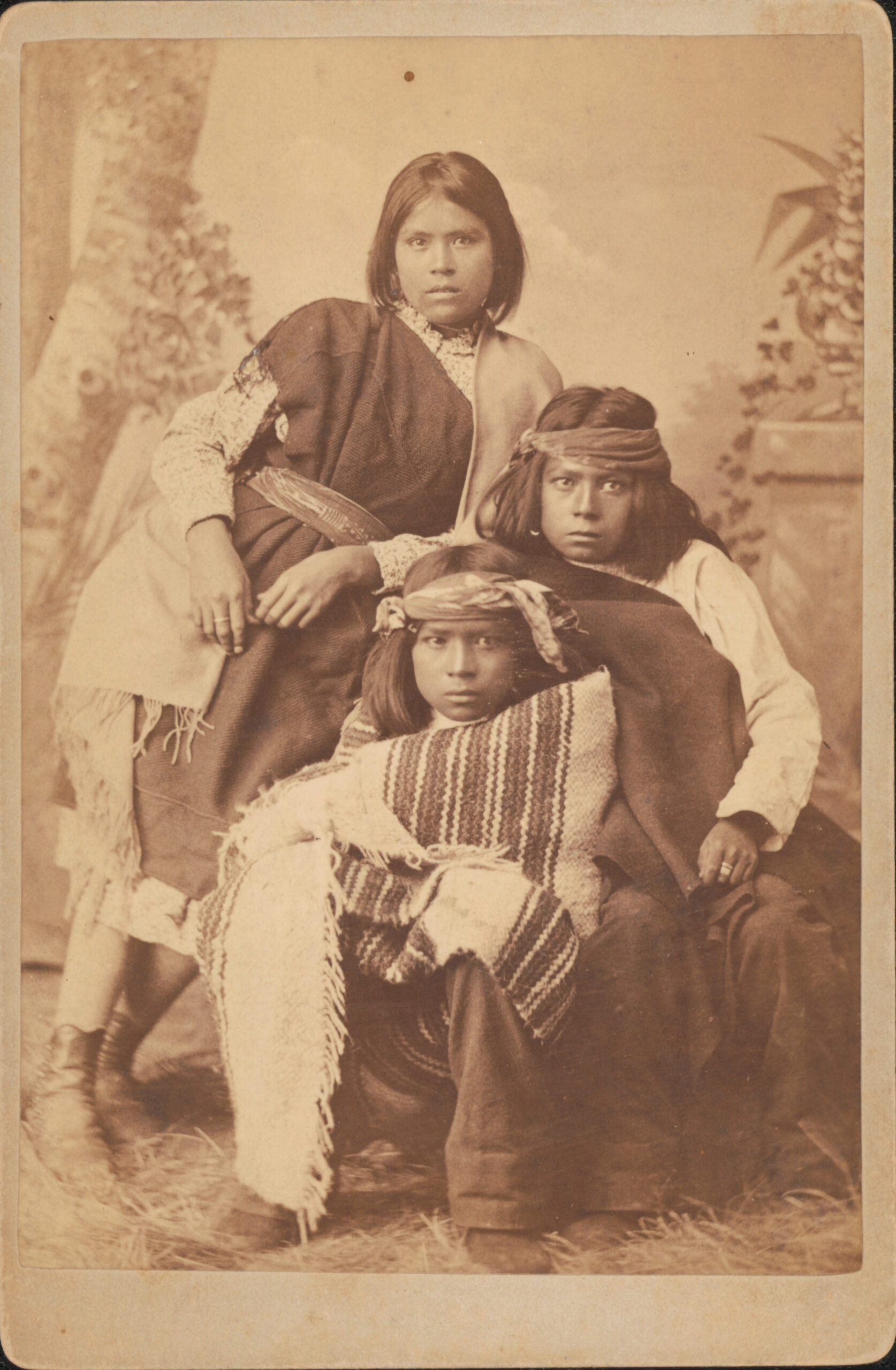 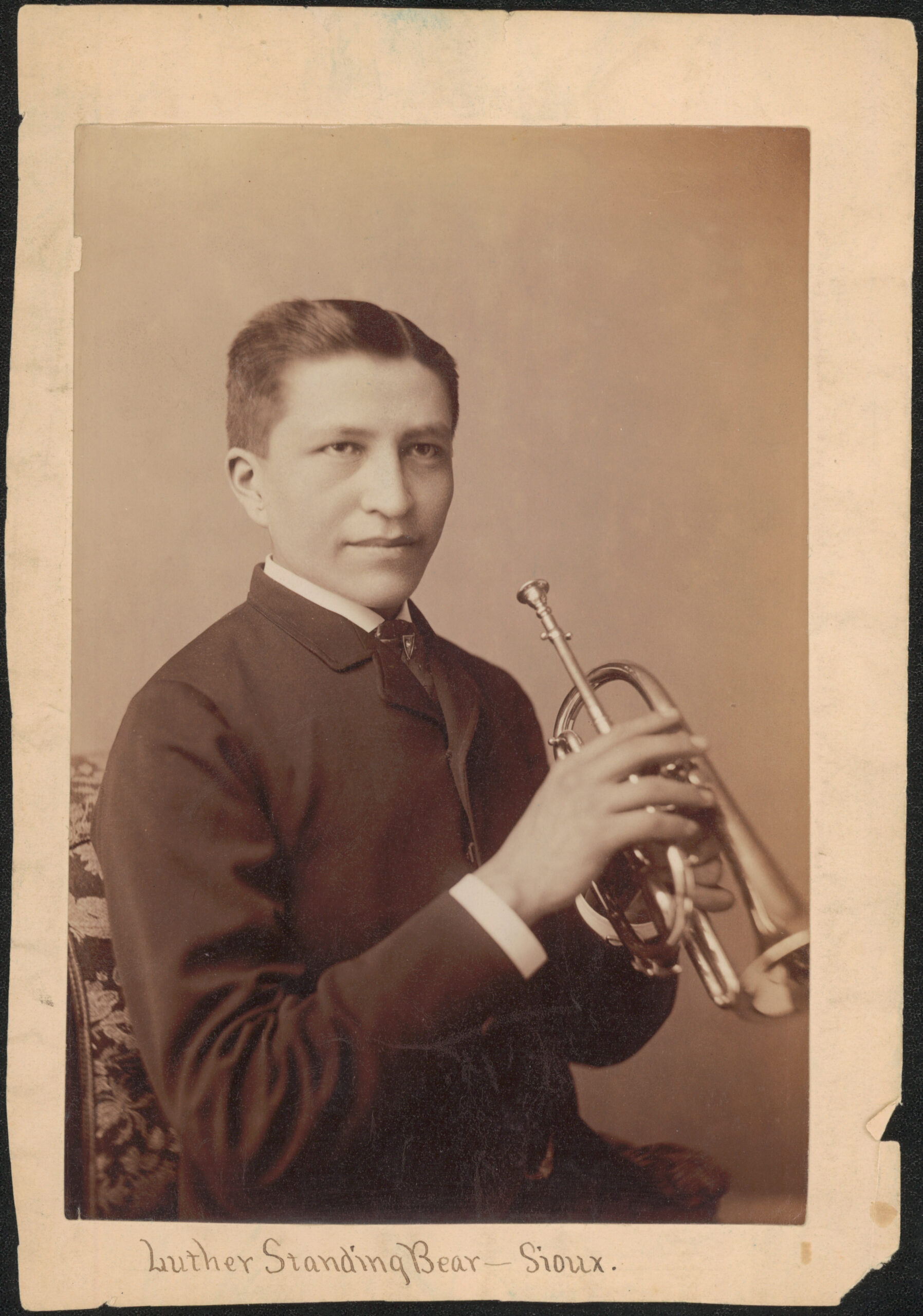 On the left are Ki-ot-se or Mary Perry, Wat-ye-eh or Benjamin M. Thomas, and Kowsh-te-ah or John Menual Chaves Jr. (top to bottom). These three Laguna children are posed and dressed in a way that flaunts their Nativeness.

On the right is Matȟó Nážiŋ or Luther Standing Bear, a Brulé and Oglala Lakota student. Here, in his “after” photograph, he stands posed with a cornet and emulates an ideal of assimilation. After attending Carlisle, he wrote historical accounts in English, dedicated much of his life to preserving Lakota heritage, and went Wild Westing with Buffalo Bill.

The largest boarding school in Michigan was the Mt. Pleasant Indian Industrial Boarding School. Thousands of Native American students attended it in its four decades of operation. The postcard below shows the Mt. Pleasant Indian School marching band. A group portrait of ‘civilized’ Indians engaging in a western pastime could spread the conception that Native Americans were being assimilated at large and obfuscate the trauma experienced.

Students had little free time, running from dawn to dusk with scheduled activities. At Mt. Pleasant, they were required to practice Methodism and other ‘civilizing’ activities, such as band or homemaking classes. 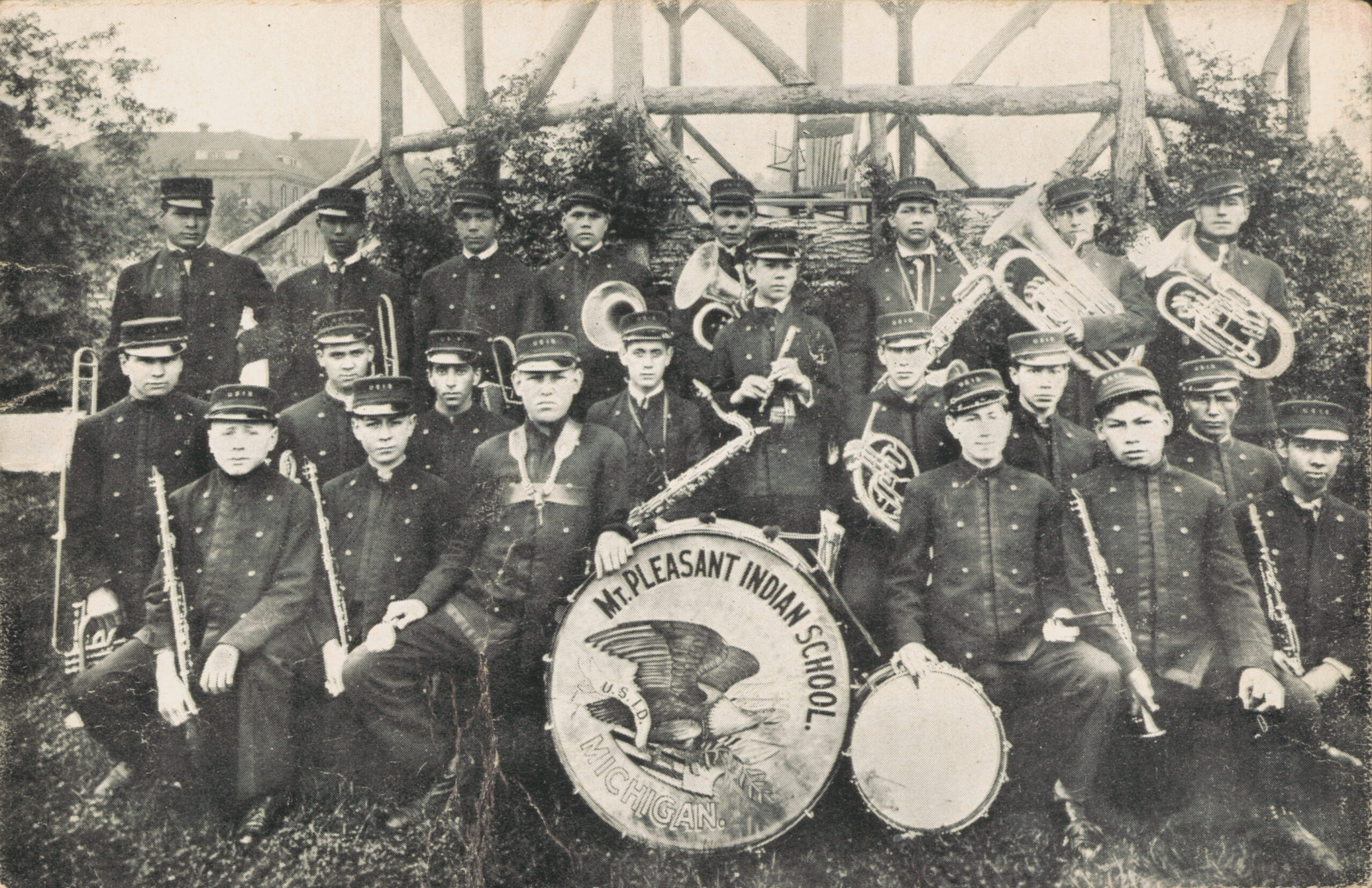 Some practices were embraced by students on an individual level, though that does not alleviate the weight of boarding schools’ systematic oppression.

Deaths from disease were common. Upwards of 200 children died at the Mt. Pleasant school, though it is likely that more deaths remain unknown. All cultural burials or ceremonies were banned.