“I have eaten the bread of carefulness, and still am going backward.”
–Joel Townshend, letter of July 19, 1827 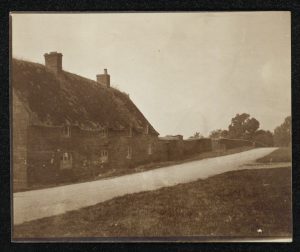 Before immigrating to Ohio in 1830, the Townshend family lived in Clay Coton, a rural village in Northamptonshire, England. They made a living by growing crops and grazing livestock on land owned in part by the Earl Spencer. The Townshends had a long-standing affiliation with the Congregational or “Independent” church, which barred them from entering any universities but “dissenting academies,” and from belonging to the peerage. Despite these challenges, the account books of Joel Townshend, Norton’s father, reveal a fairly prosperous existence made possible by the ownership of a great deal of excellent livestock, particularly a fine herd of several hundred sheep.1

One of the earliest documents in the Norton Strange Townshend Family papers, dated 1811, is entitled the “Request of the Poor Inhabitants of Clay-Coton” and is signed “Jl. Townshend,” presumably for Joel Townshend, Norton’s father. The document is an appeal from un-landed farmers and graziers relying on the common land to the powerful “the Gentlemen Freeholders” of Clay Coton. According to the document, two “Cow Commons” had been removed from public use and awarded to the Parish Clark as a salary. This put a strain on the poor, who depended on the availability of common land for planting crops and grazing livestock. Joel Townshend writes not as one of the “poor inhabitants” but seemingly as their literate defender, versed in legal language.2 Joel’s characteristic concern for the less fortunate must have made an impression on the young Norton Townshend, who developed a similar sympathy and protectiveness toward the poor and powerless. 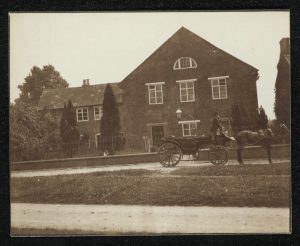 Although the Townshends were better off than many other tenant farmers, some of their correspondence reveals the dissatisfaction with material circumstances that led to their immigration to the United States. In an 1827 letter to his brother-in-law, Wykes Norton, Joel Townshend notes the increasing difficulty of making a living:

I…am sorry for your sake that you should again strive for an honest livelyhood and should not find it. I can, with sympathy, enter into your feelings they are so near akin to my own. I have eaten the bread of carefulness, and still am going backward. I sometimes say to Rebecca we exist it is true but life does not seem Desirable under such circumstances…”3

Also noteworthy among the early Townshend items is an 1807 book entitled Sermons on Various Subjects by the Late Rev. Thomas Strange of Kilsby Together with Memoirs of His Life. Thomas Strange was Townshend’s maternal grandfather and a respected Congregational minister. Members of his congregation compiled the book two decades after his death in order to benefit his widow, Dorothy. The volume includes a short biography of Strange, followed by 18 sermons printed from Strange’s manuscripts. According to the work’s preface, they “claim no very high place in the sanctuary of instruction, but are such as a plain minister, who is solicitous for the eternal welfare of his people, would address to a plain congregation in a country village.”1

We get a glimpse of this “plain minister” in the “Memoirs of the Late Rev. Thomas Strange” which introduces the sermons. Born in 1723, he lost his father at age six and subsequently took an early interest in reading:

“To procure good books, suited to his years, was his great ambition; and to read them, so high a gratification, that while perusing a new one, he would scarcely allow himself time for his stated meals: and so deeply did he imbibe the sentiments they impressed, that he became very thoughtful and conscientious…”

Attracted to religious and philosophical matters, Strange longed to become a Congregational minister, but lacked the money to continue his studies. When the principal of the protestant dissenting academy at Northampton heard about him from a family friend, Strange was given a scholarship covering his academic expenses. After six years of study, he became minister to a small society at Kilsby, the Kilsby Independent Chapel. Despite “a very unhappy peculiarity in elocution and gestures in the pulpit,”4 he attracted new members with the humbleness of his manners and clarity of his ideas.

The sermons brought together in the small volume reveal Strange as a man deeply concerned with the idea of divine love and wary of materialism and self-deception. Although his sermons focus on the relationship between the individual and God, he also emphasizes the importance of religious work and community, as well as the shared responsibility for sin.

Many of the earliest items in the collection reflect the deep social and religious concerns of the early generations of the Townshend family. It was into this family, with its strong engagement with morality and community, that Norton Strange Townshend was born on Christmas Day in 1815. 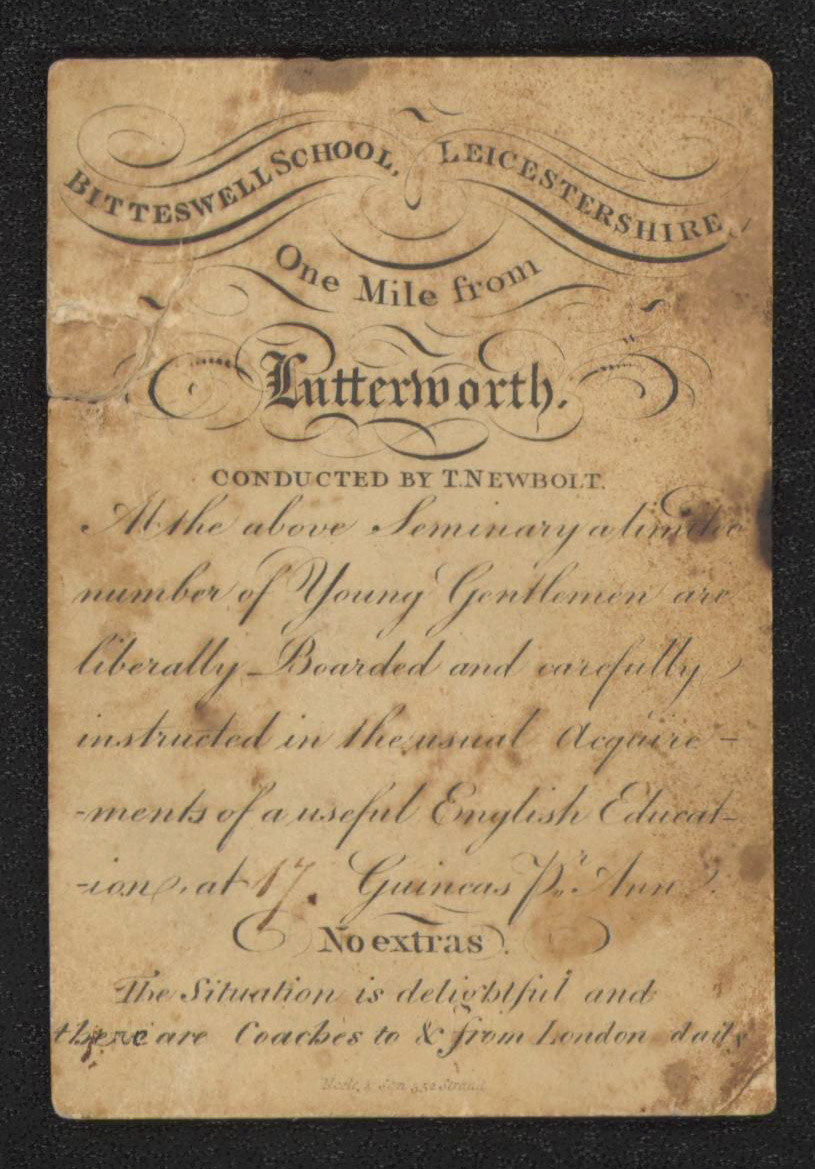