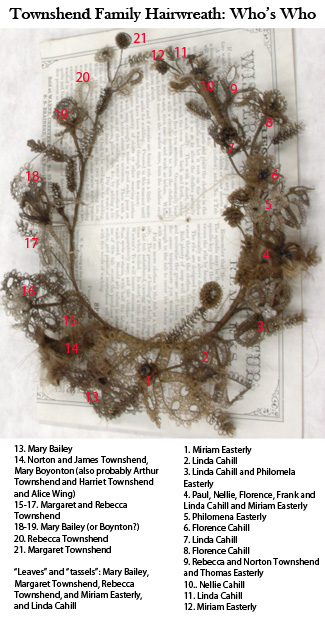 “I will describe it so you cannot make a mistake. In the centre the largest flower is made of Miriam’s hair, next to it on the right is one made of Linda’s hair[,] the next is combination of Linda’s and old Mrs. Easterly’s hair. The next flower is called a satin flower and is made of short hair the smallest piece is little Paul’s the next light piece is Nellie’s then Miriam’s, then Florence then Linda’s and Mr. Cahill’s.”

–F.I.Harlow, hairworker, in an undated letter to Margaret Bailey Townshend.1

Margaret Bailey Townshend commissioned this hairwork “wreath” in the 1870s or 1880s from F.I. Harlow of St. Louis. It contains the hair of up to 17 of her family members, including several Bailey sisters and their children, Thomas Easterly and his mother, and Norton Strange Townshend. During this period, hairwork was at the height of its popularity. It had come into vogue in the 1850s and its standing as a sentimental craft grew until the late 1880s, when it began to fall out of style due to mechanization of the process and greater sanitary concerns surrounding human hair.

Although hairwork is frequently associated with mourning and the remembrance of the dead, this wreath is comprised primarily of the hair of people who were alive at the time of its creation. The only exceptions are Mary Bailey, Margaret’s younger sister who died in 1854, and possibly Philomena Easterly, who died at the age of 91 in 1871. Historian Helen Scheumaker notes that hair wreaths were a way that “a circle of family could be rendered visible.”2 The idea of visually reuniting the family probably appealed to Margaret, who had been orphaned at a young age, and whose sisters had dispersed across the Midwest.

It was not an uncommon practice for families to send out hair to be crafted by a professional hairworker, especially for very complicated pieces like this “wreath.” The creation of hairwork was an arduous process, which involved sorting, boiling, braiding with the use of bobbins, re-boiling, and molding. A major concern for clients of hairworkers was that the original hair would be discarded, and a readymade piece using a stranger’s hair would be sent back instead of the expected custom work. This worry on the part of the customer may partially explain the hairworker’s thorough documentation of the source of each flower on the wreath.

This rather unassuming potholder was used by Margaret Bailey Townshend’s mother, Sarah Lang Bailey, to teach her young daughters to sew in the late 1820s or early 1830s. It gained a greater significance after the sudden deaths of Margaret’s parents, four days apart in August 1835, from cholera. Margaret, the second of five children, was only 12. She was separated from all of her siblings except her younger sister Miriam and the two girls were sent to live with a neighbor. A biographical sketch of Margaret, probably written by her daughter Harriet, gives the following background on the potholder:“

According to the law in Missouri, everything belonging to orphans had to be sold and turned into money to keep them. Margaret begged very hard for a little breast-pin her mother usually wore and her little wheel but they were taken from her and the only things they ever had were a little book one of her children kept and a little calico holder one of the little girls were learning to sew on, these Margaret cherished all her life.”3 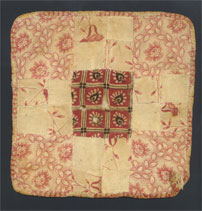 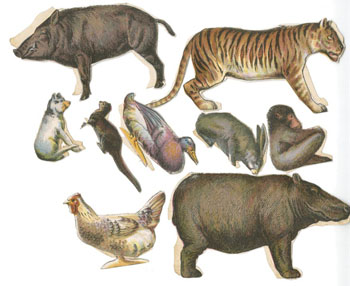 These animal cutouts were owned and played with by the children of Norton Strange Townshend and probably date to the 1860s. The toys were printed with a chromolithographic technique which was quite new and extremely popular during this period. The chromolithographic printing process used a series of lithographic stones to apply heavy, oil-based ink to paper. The result was vivid, painting-like prints that were quicker and cheaper to produce than older, hand-colored prints. Chromolithographs were so ubiquitous in the second half of the 19th century that contemporary journalist Edwin Godkin called the society of his era the “chromo-civilization,” in reference to the cheap prints and the sensationalized mass culture of the time.

As a member of the Ohio State Board of Agriculture and its President for several years, Townshend took a leading role in organizing the Ohio State Fair from the 1850s on. He promoted state fairs as an excellent social and educational opportunity for farmers, who were often isolated from each other and had few resources for vocational education.

Norton and Margaret Townshend were entrants and judges in many categories at the Ohio State Fair, evaluating products such as bread, sewing machines, and livestock. These carefully sewn ribbons comemorate the Townshends’ deep involvement in agricultural fairs. 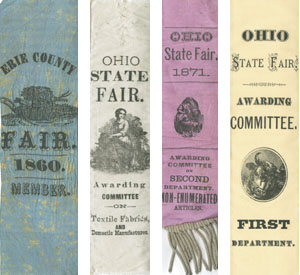 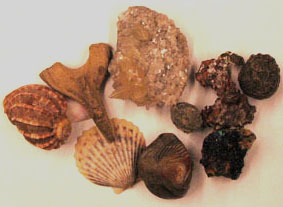 Accompanying the collection are a number of geological curiosities and fossils, some portion of which are thought to have belonged to Norton Strange Townshend and Thomas Easterly. Townshend was the long-time Secretary of the Ohio State Archaeological Association and had a deep interest in natural history. Easterly shared his brother-in-law’s interest in such matters, taking a special interest in the Native American-built mounds surrounding St. Louis. According to family history, the seashells in the collection belonged to Easterly and were collected in New York and Vermont.

Before her marriage to Norton Townshend at the age of 31, Margaret Bailey taught science and mathematics to young women at several schools: Monticello Female Seminary (Godfrey, Illinois), Putnam Ladies Seminary (Putnam, Ohio), and the Esther Institute (Columbus, Ohio). The money she earned allowed her to support herself and to pay for the educations of her three younger sisters.

According to descendants, Margaret used these small wooden blocks to teach her students geometry. Also among the realia items are wooden sticks used to illustrate fractions, and cardboard shapes used for tracing. These, along with a slate and classroom stool, bring the 1840s classroom to life. 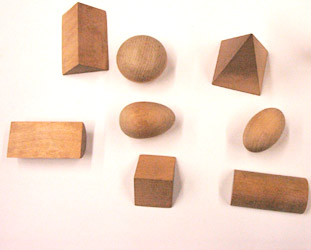 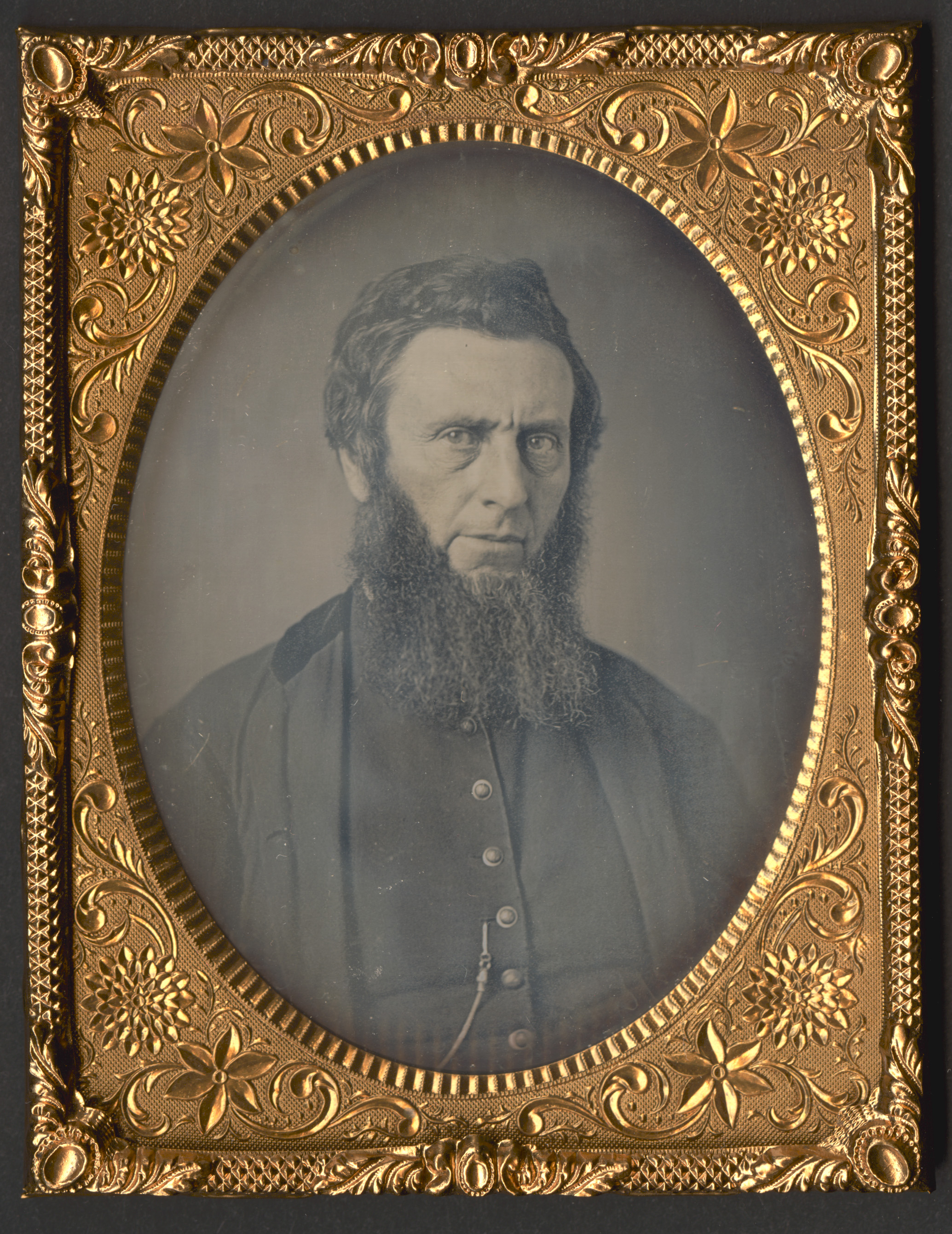