Emi Hastings has been Curator of Books at the Clements Library since 2009. Although she is constantly discovering new favorite items in the stacks, one of the current top contenders is the Astronomicum Caesareum of 1540. 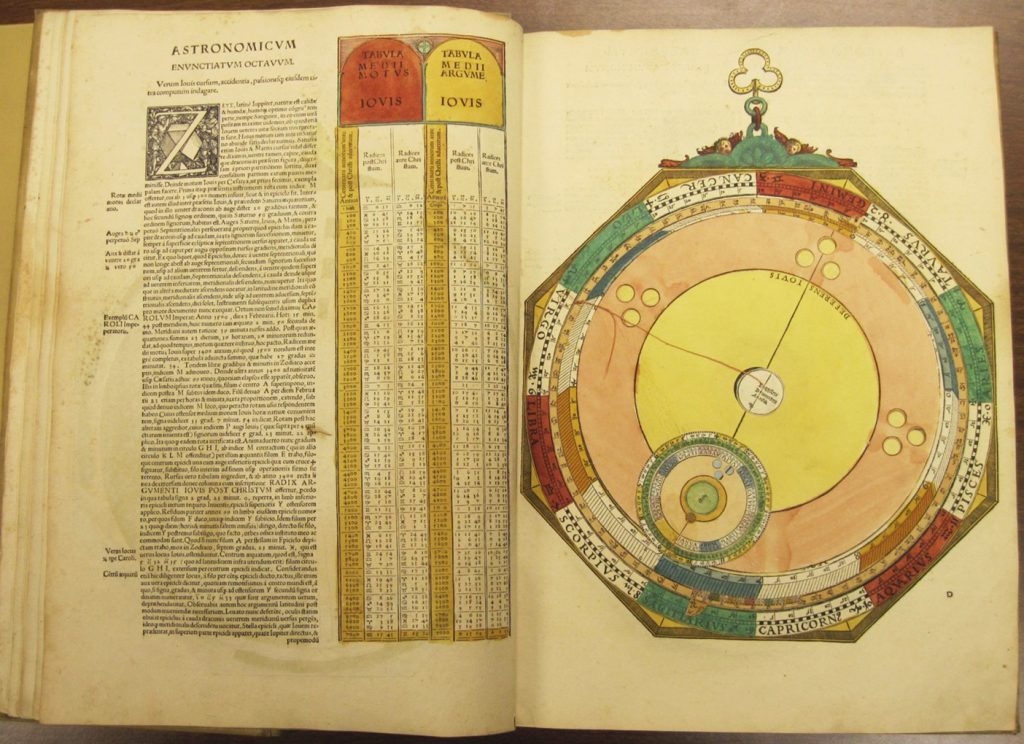 The Astronomicum Caesareum, perhaps the most elaborate scientific book ever published, is generally regarded as one of the great masterpieces of sixteenth-century printing. This lavishly-illustrated astronomical text, also known as the “Emperor’s Astronomy,” was published by the author Peter Apian, the court astronomer of Emperor Charles V. Its most notable feature is the 35 hand-colored woodcut volvelles, or movable paper circles, which allow the reader to calculate astronomical data and planetary movements. The volvelles, layered on top of each other and held together with silk threads, are both beautiful illustrations and functional scientific instruments. Apian adapted the idea of the astrolabe for the design of his volvelles, intending to make astronomy easier by replacing tedious mathematical calculations with these movable paper charts.

One of the most advanced astronomical works of its day, the Astronomicum Caesareum quickly became outdated. Its calculations and charts, although reasonably accurate, were based on the Ptolemaic system in which the sun revolves around the earth. Less than three years later, in 1543, Copernicus would publish his landmark De Revolutionibus Orbium Coelestium, defining the modern heliocentric model with the sun at the center of the solar system. 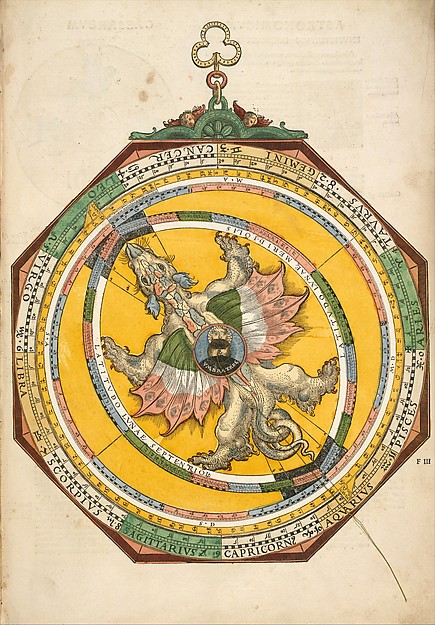 According to some estimates, approximately 120 copies of the Astronomicum Caesareum survive, probably the majority of the print run. The astronomer Tycho Brahe recorded that he paid twenty florins for his copy (roughly equivalent to $3,000 today).

High-resolution images from the Bodleian Library’s copy of the Astronomicum Caesarium are available online at the Rare Book Room. A full pdf copy can be downloaded from the Digital Rare Book Collection of the Vienna University Observatory.