Home » About » Blog » An Empire of Free Ports

An Empire of Free Ports

Almost immediately after English men and women began to inhabit pockets of the Americas in the early seventeenth century, Parliament debated how best to control the trade that would flow from England to these newly-established colonies. Beginning with the stipulations of the first “Navigation Act” of 1651, English overseas commerce was to be tightly-regulated to benefit the “metropole’s” (England) interests over colonial concerns. All trade to and from English America had to be conducted on English ships; English colonists had to send certain “enumerated” goods (such as tobacco and sugar) directly to England; and foreign ships were forbidden to enter English colonial harbors to trade in foreign goods. These regulations, later British politicians would remark, were meant to benefit “British Shipping, the employment of British sailors, and the exportation of British manufactures.”[1]

In 1766, however, the British Parliament passed the lesser-known Free Port Act. This legislation decreed that colonial merchants could exchange certain, regulated goods as well as slaves with foreign merchants in specified British colonial ports in the West Indies (four in Jamaica and two in Dominica) after paying a small tax.[2] The policy marked an important divergence from the “letter” of British commercial regulations—now foreigners could conduct trade with British colonists, albeit in certain ports and under specific restrictions. 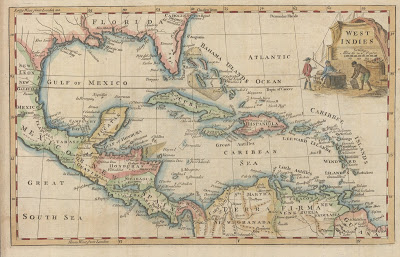 I came to the William L. Clements Library, with the generous support of the Richard & Mary Jo Marsh Fellowship, to better understand why British policy-makers opted to enact this commercial reform at this particular moment. To my welcome surprise, I found that the Clements Library holds perhaps as many or more relevant documents to answer this research question than did the archives I had visited in Britain. I found a wealth of correspondence from colonial officials to members of the British government in London, petitions by merchants to King George II regarding free ports, and letters between British policy-makers discussing trade. The majority of these sources are housed in the Charles Townshend Papers since Townshend was a prominent member of Parliament at the time and an outspoken free-port advocate. After combing through these resources, I confirmed my theory that the Free Port Act, unlike many scholars have posited, was not a conciliatory, magnanimous reform meant to help British colonists increase their wealth by trading with foreigners. Far from it. Parliament may have diverged from the “letter” of the Navigation Acts, but they established free ports while keeping in mind the same “spirit” and goals of long-standing commercial regulations—promoting British shipping/ merchants, sailors, and exportation of British manufactured goods (especially textiles). 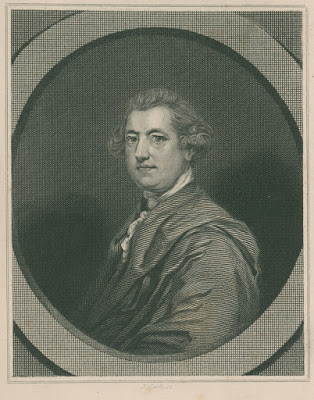 The British policy-makers who crafted the Free Port Act succumbed to British merchant and manufacturing lobby pressure. These special interests believed that strategically opening up foreign trade could increase British mercantile activity and create further markets for British manufactures. Such inter-imperial trade thus would serve as a means of extending Britain’s “commercial empire” to foreign realms. Foreign colonies could become sources of raw materials as well as markets for British finished goods, much of which British merchants would carry on British ships. For instance, the member of Parliament Rose Fuller welcomed the possibility of regaining not only dependent foreign export markets of the Spanish colonies and French sugar islands, but also a source for reliable imports of foreign raw materials such as cotton, indigo, and dyewoods.[3] Another member of Parliament, John Huske argued that a multitude of British free ports would increase Britain’s beneficial commercial interactions with especially French and Spanish domains and make them commercial (and less expensive) “colonies.” Huske asked the rhetorical question, “does not the supplying foreign Colonies with what they want, and taking from them what they produce, so far as this extends, make them the Colonies of Gr. Britain, and this too without the expence [sic] of supporting or defending them?”[4] 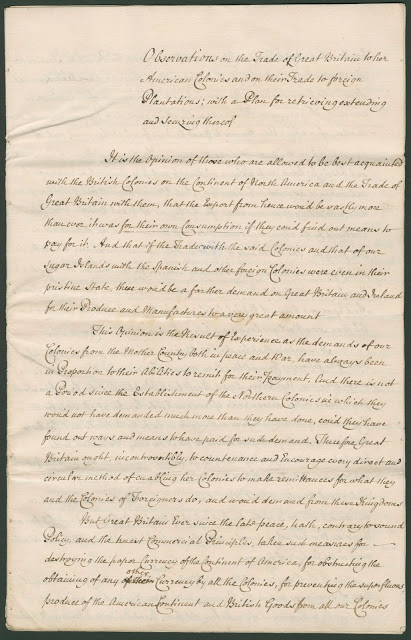 And finally, one anonymous piece in the Charles Townshend papers argued that before restrictions on inter-imperial trade were enforced, “the Danish Islands of Saint Croix and Saint Thomas . . . have been almost as usefull [sic] to the British Commerce as if they actually belonged to the British Government” especially since they purchased “great Quantities of English manufactures,” for high-quality rum which merchants could exchange for slaves on the West African coast.[5] Extending Britain’s manufactures, mercantile activity, and imperial control lay at the heart of the Free Port Act.

The Townshend Papers and the other relevant collections I employed at the Clements Library make evident that British free ports are not as they first may appear. Far from a “liberal,” “progressive” movement of freeing trade to benefit all, the Free Port Act favored a small group of influential mercantile and manufacturing interests in Britain and sought to augment Britain’s commercial dominion over foreign realms. What was once thought of as a unique conciliatory measure to appease Anglo-North American merchants in the wake of controversial legislation such as the Stamp Act was yet another method by which Parliamentary members and special interests hoped to address their concerns. From 1763 to 1775, London never really prioritized colonial interests. The Clements Library and the Charles Townshend Papers are a fantastic source to observe this reality and will enrich my forthcoming article as well as my future dissertation.