Almost one year ago, a set of sea charts once used for whaling voyages was donated to the Clements Library by Frederick and Janet Stingel. There are 14 charts mostly dating to the early 19th century. Their age and tightly rolled condition made them difficult to open and vulnerable to tearing, so before they could be researched and cataloged, conservation treatment was imperative. For many months, our Conservator Julie Fremuth has been following an ongoing process to gradually flatten the maps and begin repairs. Learn more in the photo captions! 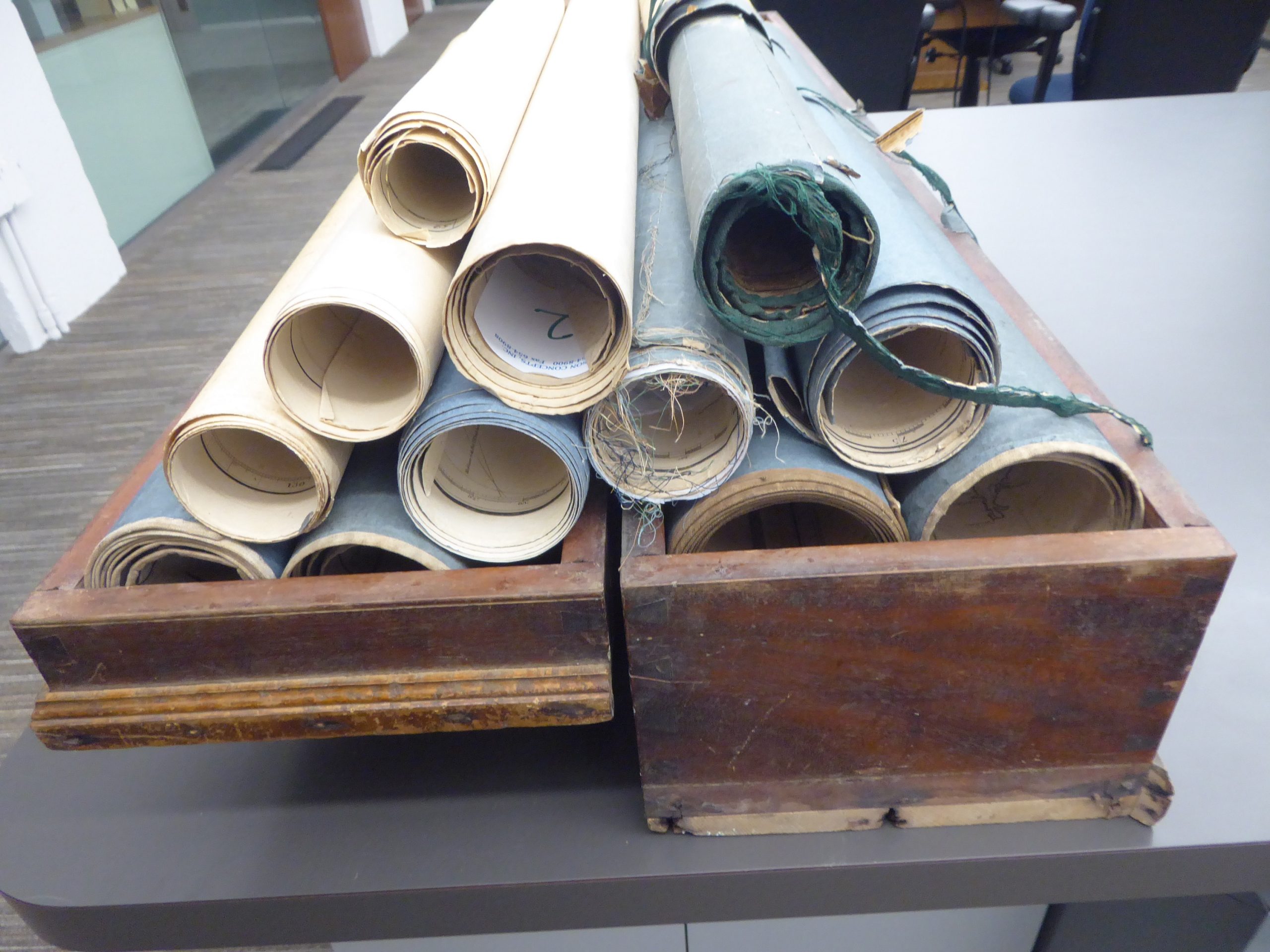 The collection arrived in the original wooden box that held these charts on board the whaling vessels where they were used. They range in length from 30 inches to 80 inches.

Many of the charts are completely lined on the back with a sturdy blue paper and bound along the edge with muslin or linen tape. Two maps retain remnants of silk binding. The condition of the maps varied, but all were tightly rolled and could not be safely handled without first gradually and safely flattening them. 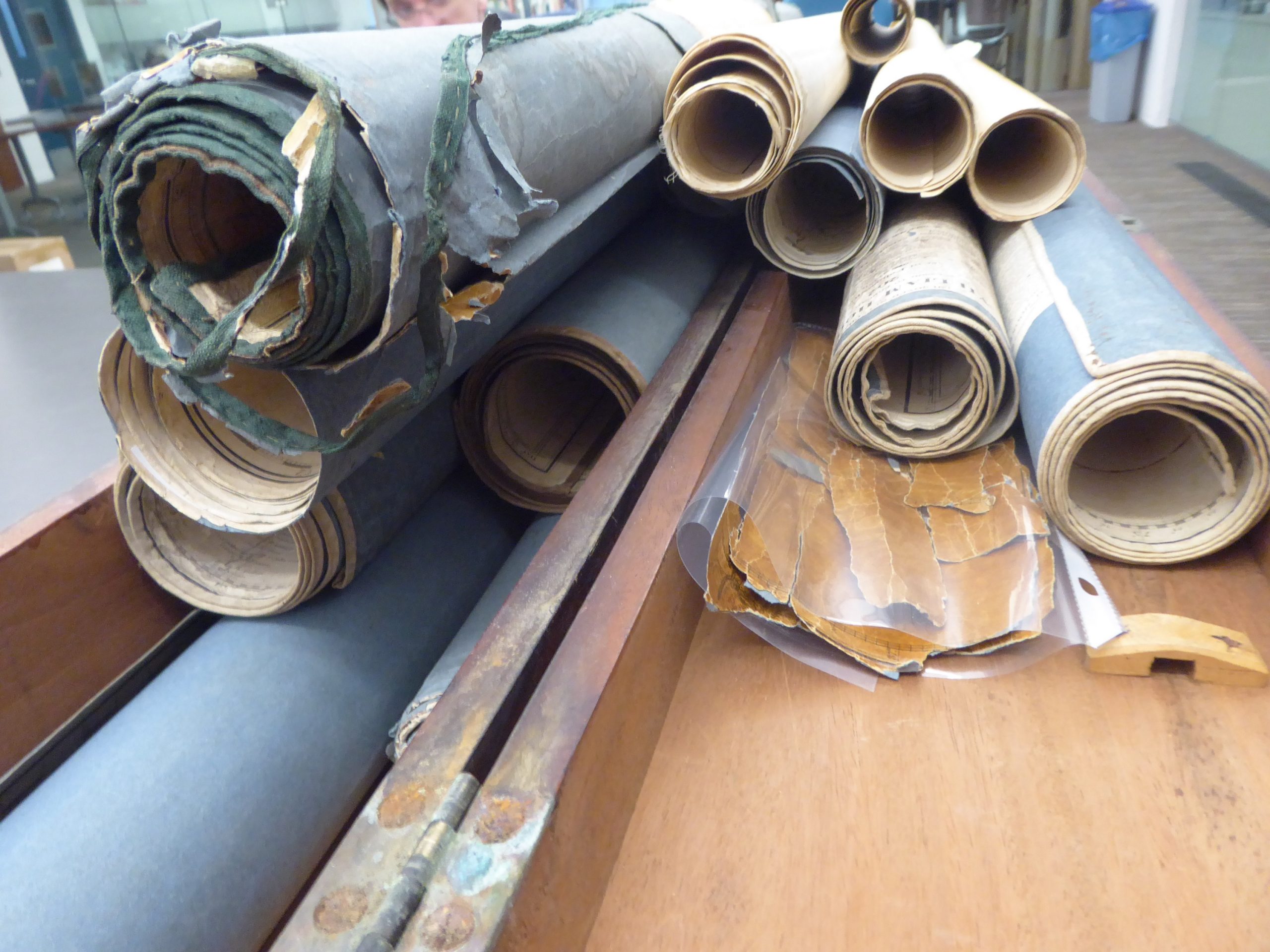 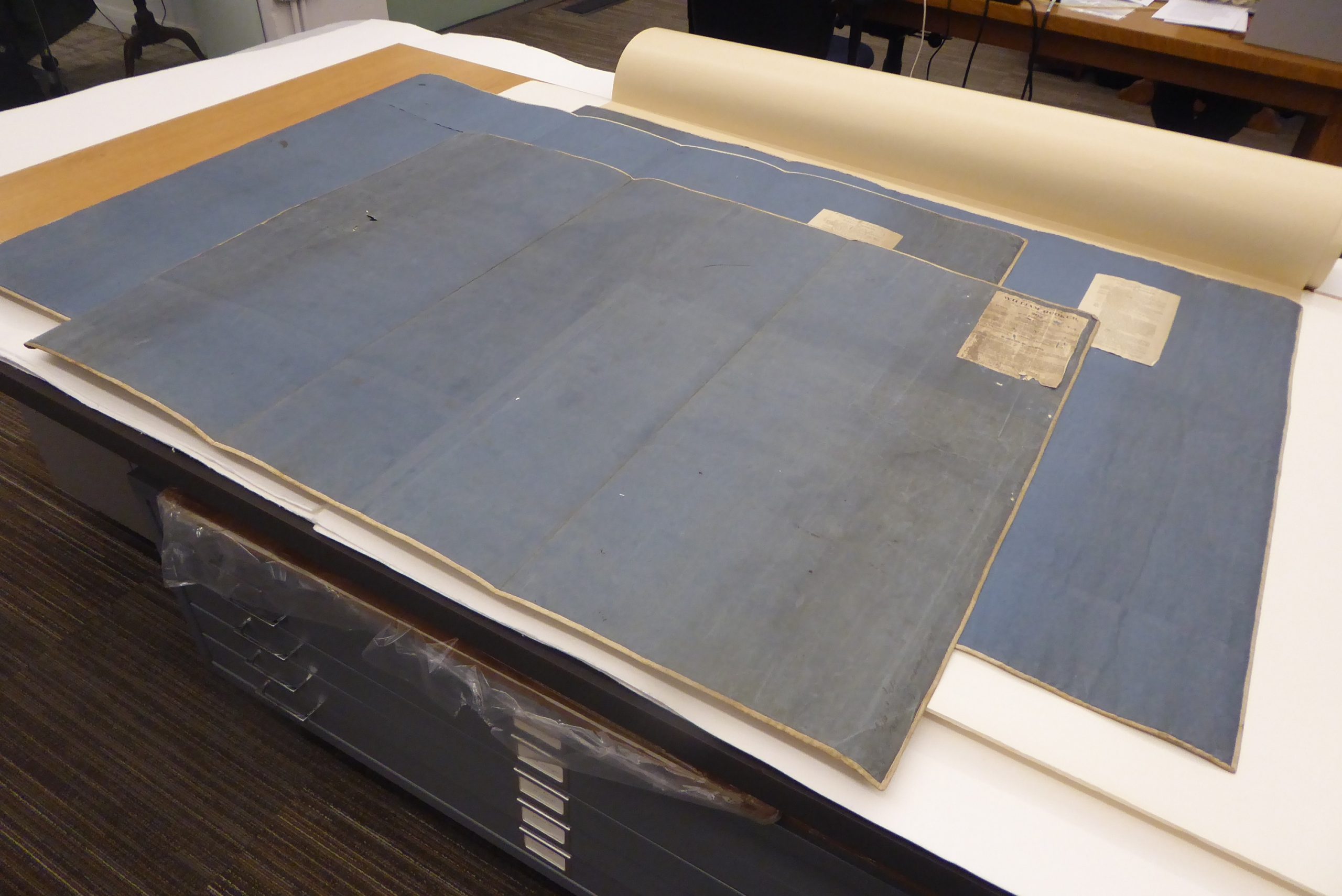 The individual maps were placed between interleaving sheets and lightly misted heavy cotton blotters to create a humidifying environment in which the maps would gradually relax and flatten. The blotters were changed on a regular basis during this process. 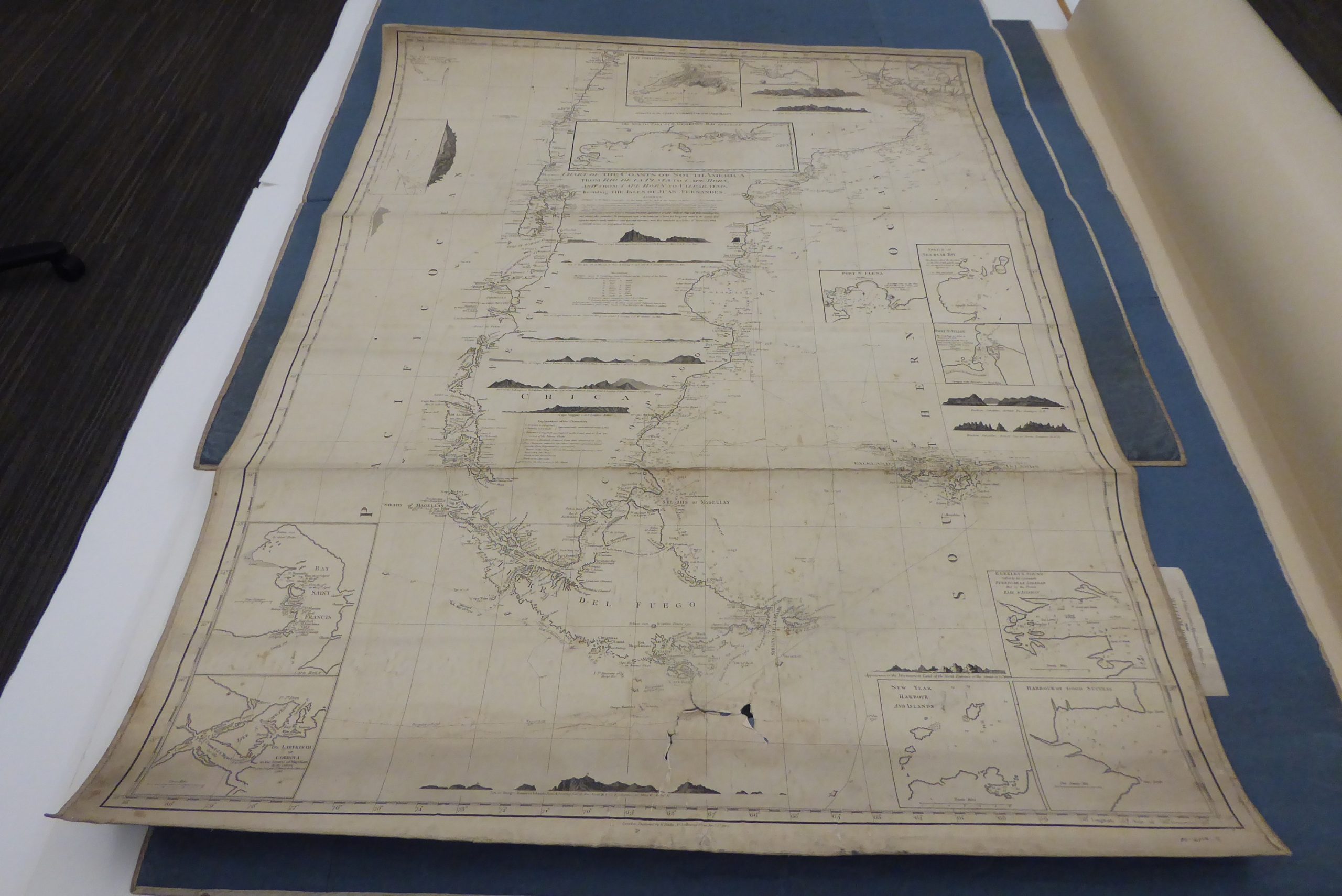 “Chart of the coasts of South America…” 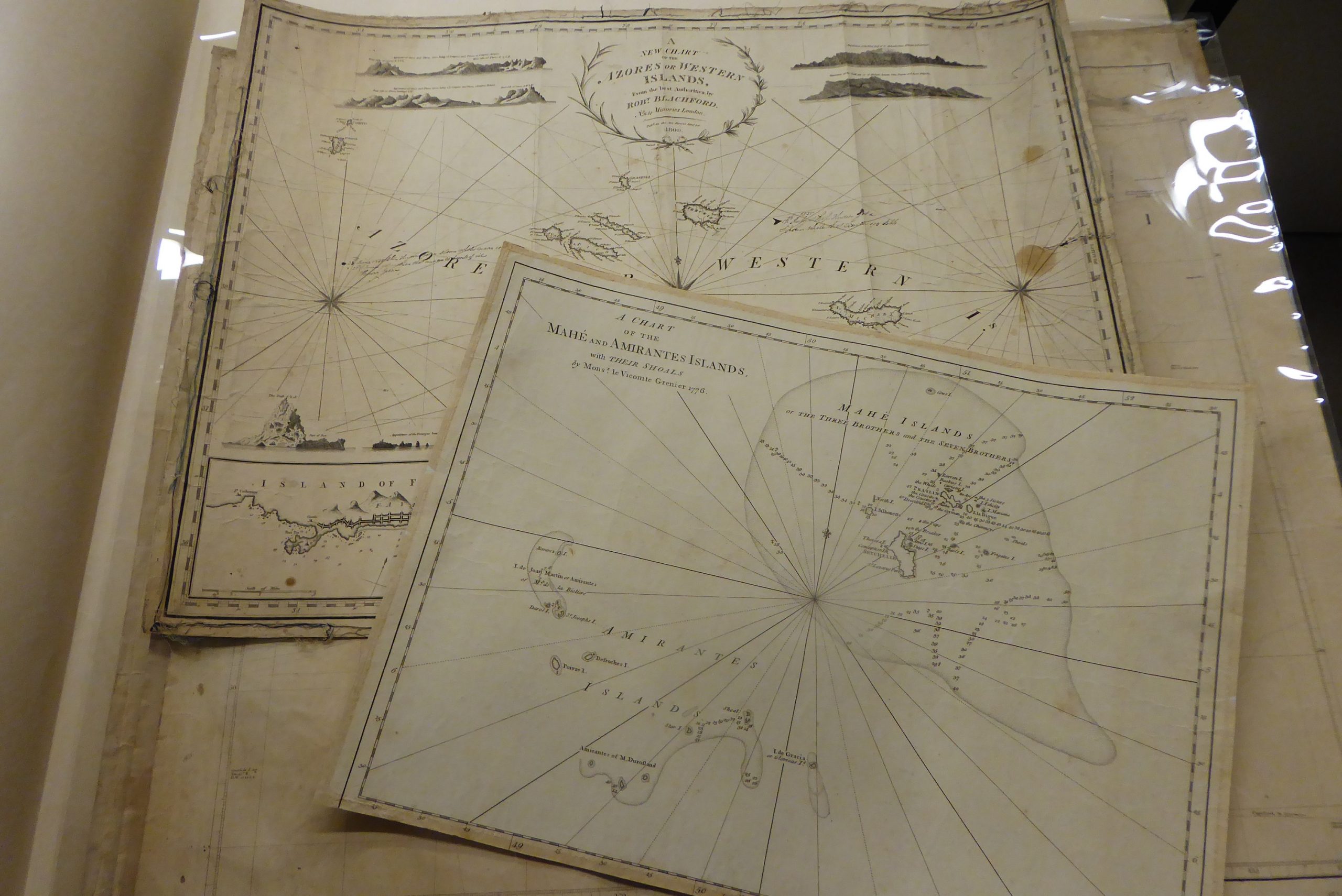 Two of the smaller maps that were in fair condition are now ready for cataloging. View the catalog records produced for these charts, “A New Chart of the Azores or Western Islands” (1809) and “A chart of the Mahé and Amirantes Islands, with their shoals” (1776).

On the edge of this chart, we can see remnants of the original silk binding still in place. Student intern Ellie Holmes mended several edge tears with Japanese paper and methylcellulose. 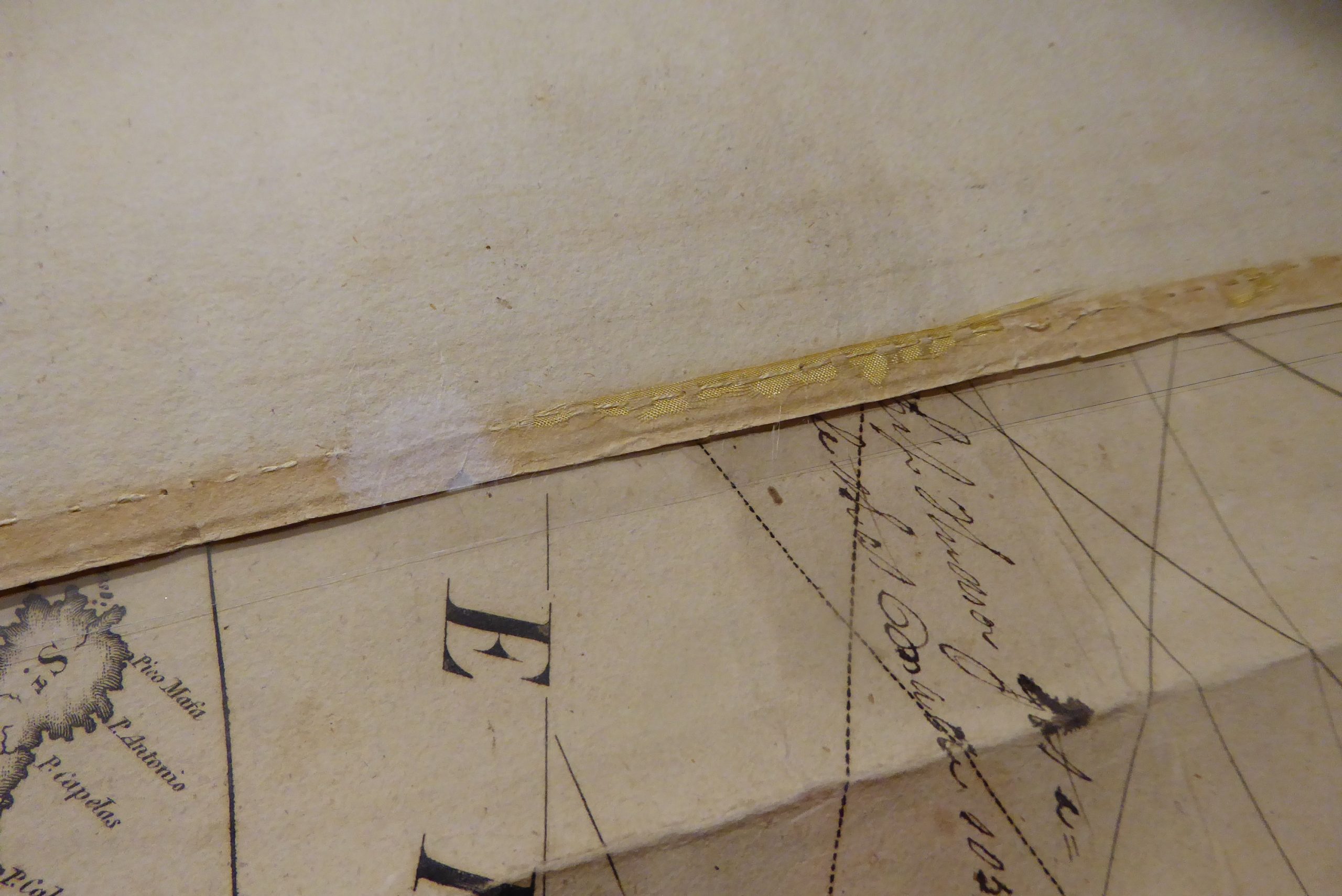 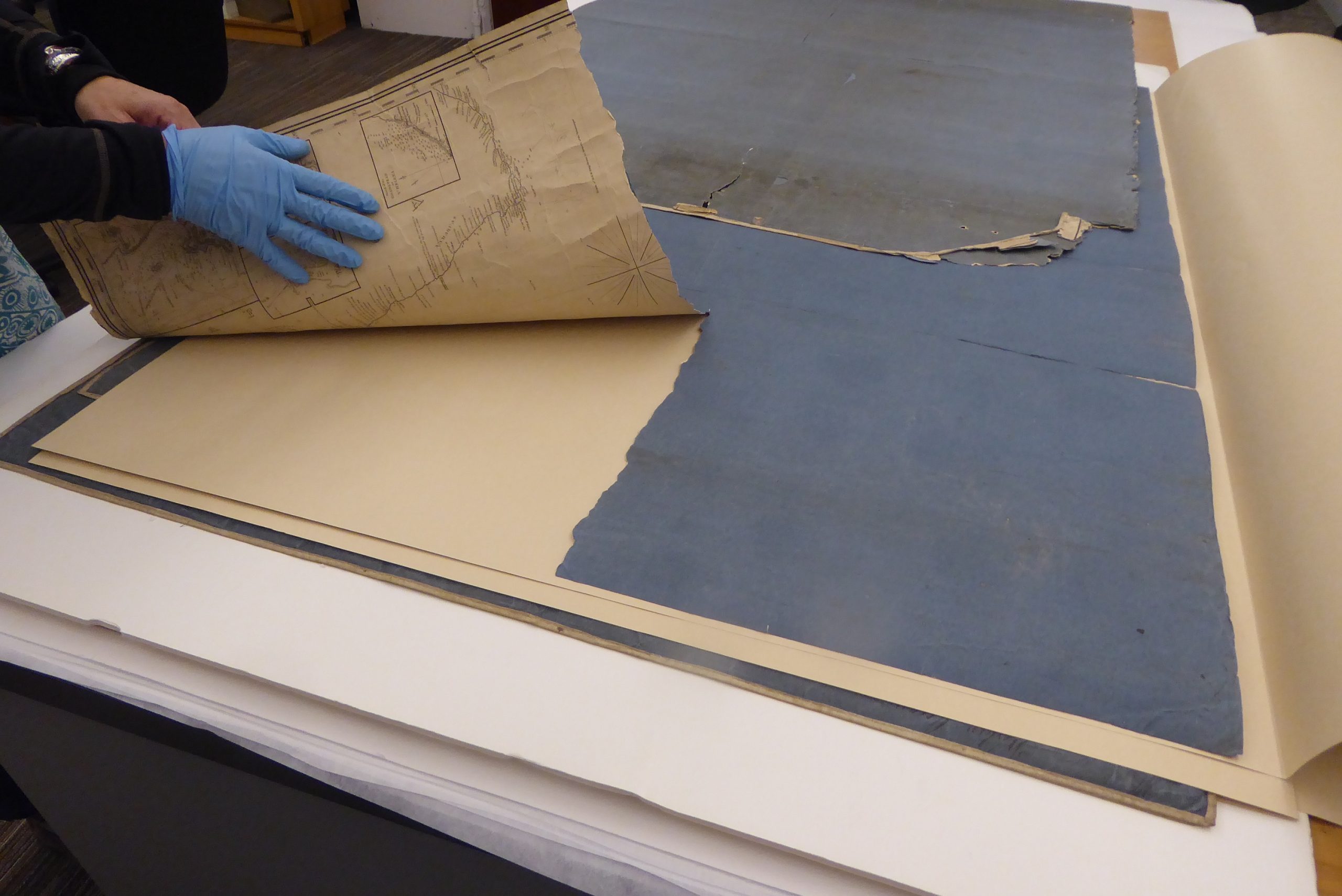 Over the next several months these will be addressed and we look forward to sharing the progress!