Home » Public Programs » Online Exhibits » “So Once Were We”: Death in Early America » Colonial America The period of European exploration and discovery was a time when many different societies met on one continent and encountered differing cultures, each with its own traditions and beliefs.  One common experience shared between all cultures was death and each had developed their own ways of preparing corpses, burying them, mourning them, and commemorating them.  The primary source publications that document early encounters between Native Americans and European explorers often included descriptions of native funeral, burial, and mourning practices.  The epidemics brought to the “New World” by Europeans gave them many opportunities to witness these practices.  Although these European accounts often adopted a critical or condescending tone, descriptions of death practices include a surprising number of instances where the writers recognize similarities between cultures.

The following examples are drawn largely from Erik R. Seeman’s Death In the New World: Cross-cultural Encounters, 1492-1800 (Philadelphia, 2010), and illustrated with titles from the William L. Clements Library’s collections.

Thomas Hariot, A Briefe and True Report of the New Found Land of Virginia, London: 1588.
Thomas Hariot’s important account of the Native Americans at Roanoke includes descriptions of elite burials and reflections on their polytheistic religious beliefs and afterlife. 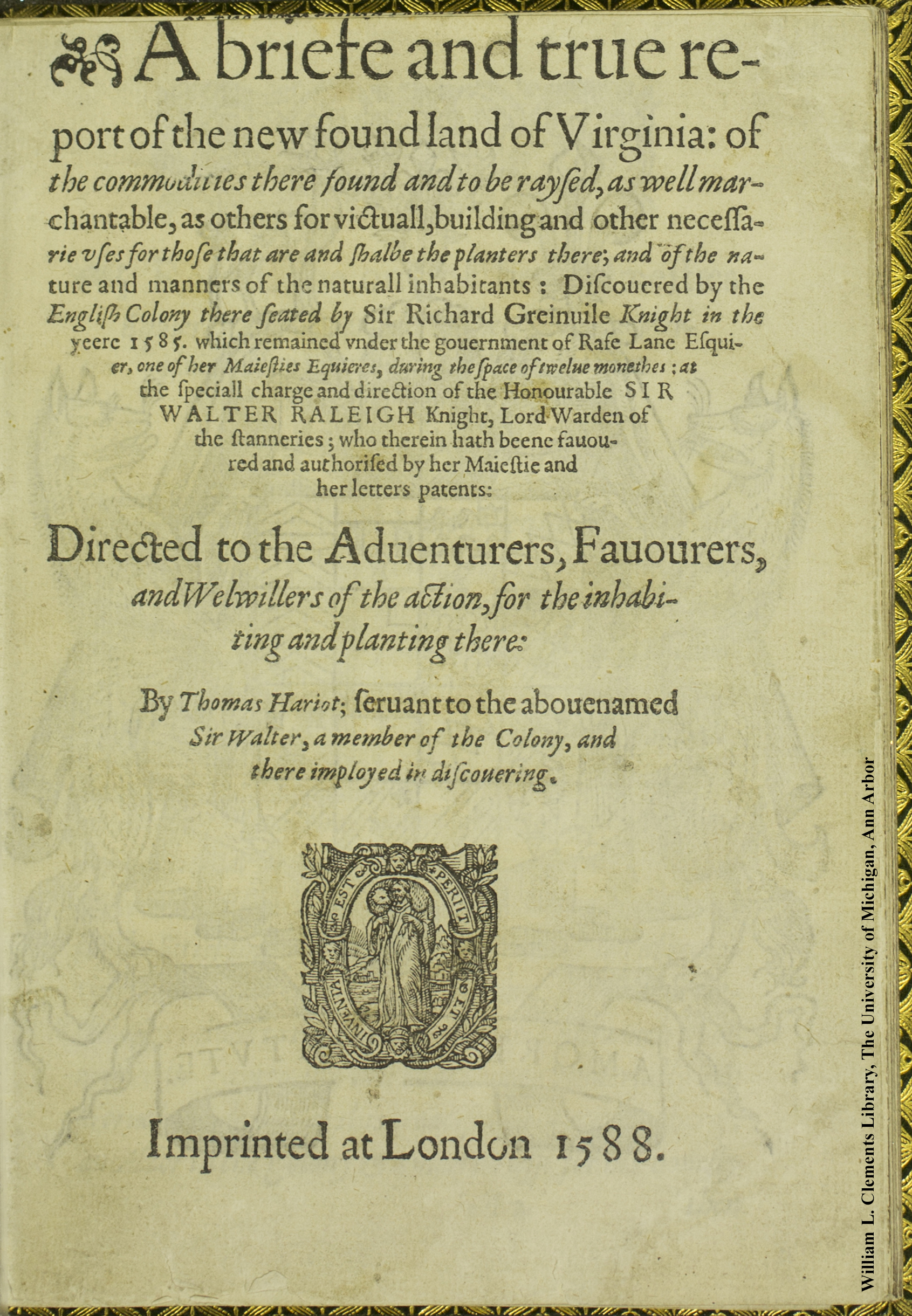 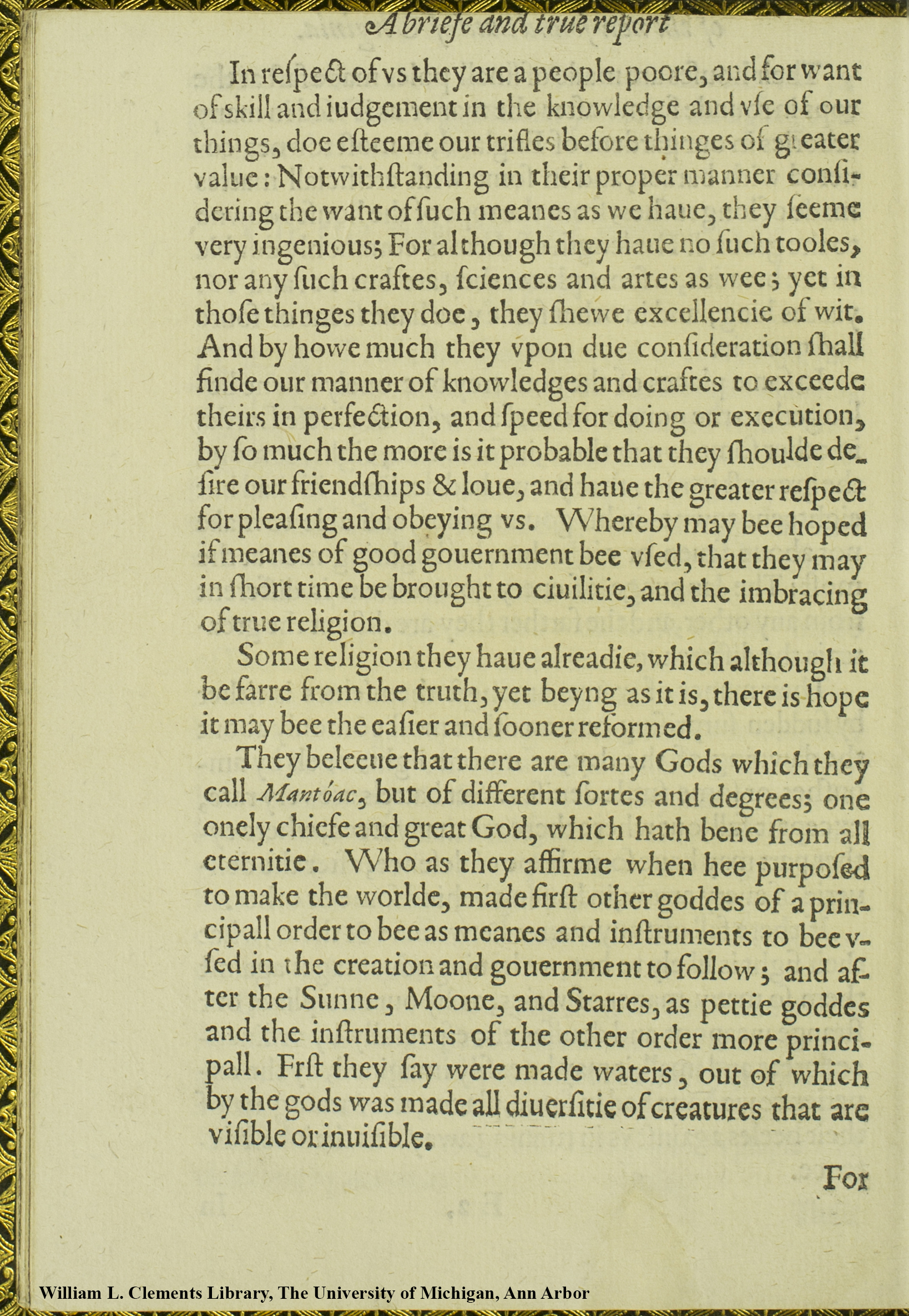 Theodor de Bry, America Pars Quarta: 1590. Plate XXII.
Theodor de Bry (1528-1598) was an engraver and editor best known for his series of illustrated travel narratives based on explorers’ accounts of the New World.  His detailed engravings, frequently reprinted and widely distributed, provided Europeans with some of the first images of Native Americans. This illustration depicts a Carolina Algonquin burial temple, holding the bodies of elite tribal members. 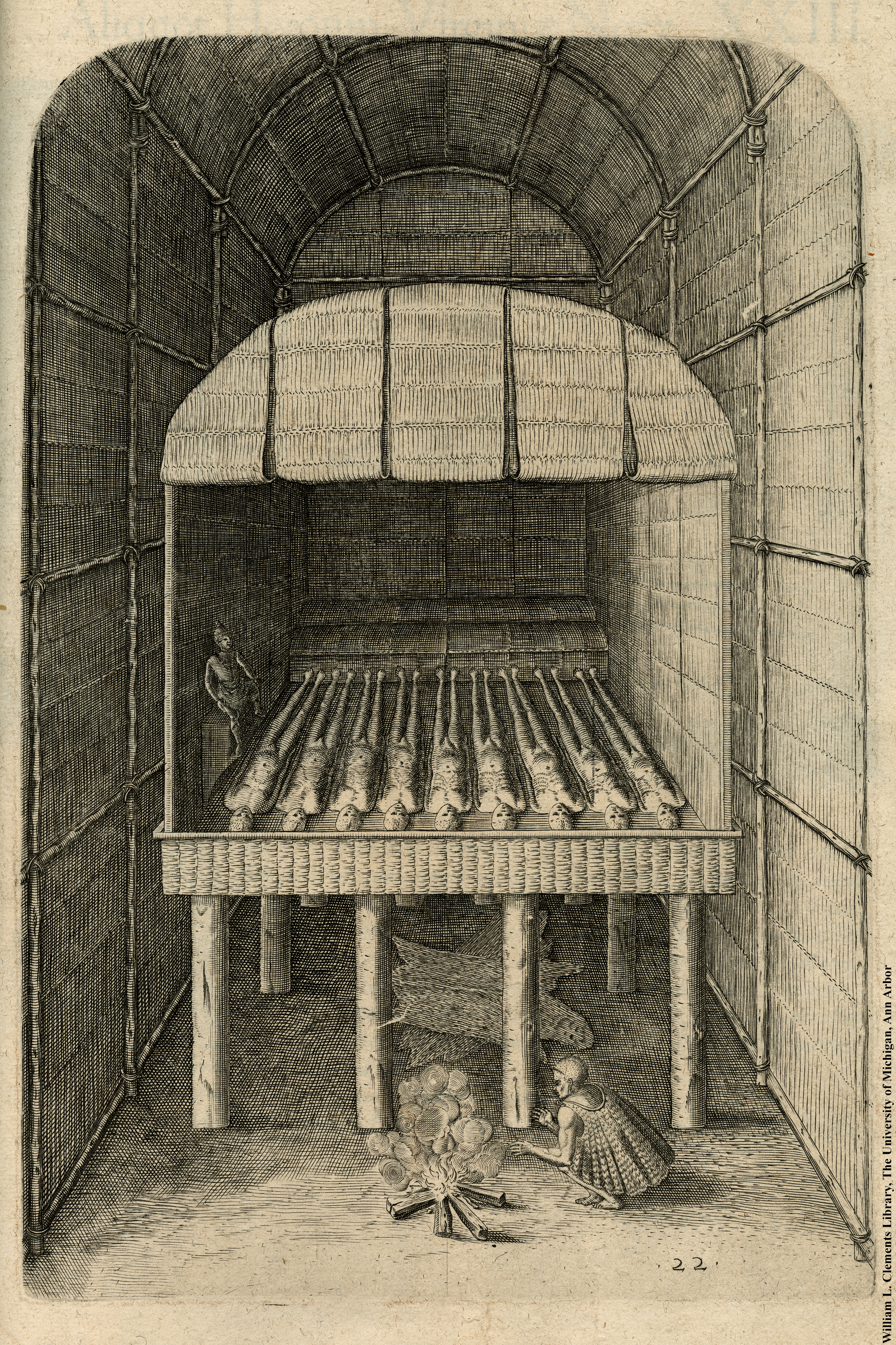 Artis bene moriendi perutilis tractatus feliciter incipit, [Paris: ca. 1485]. Loan courtesy the University of Michigan Special Collections Library.
The Ars Moriendi, is a medieval Christian manual that informs the reader about how to die a “good death,” the sort of death that would gain them entry to heaven.  The temptations of the devil were believed to be the strongest as a person lay dying, and, among other things, this book provided guidance on how to resist them.  When French Catholic missionaries traveled to America in the early 17th century, they brought with them the traditions outlined in the Ars Moriendi.  Although this was a popular work, the variant displayed here is one of two known copies. Interactions between Jesuits and various Native American tribes may be found in the Jesuit Relations, a series of reports submitted by the missionaries in New France to their superiors in Paris.  The deathbed scenes of over 100 Native Americans are described in these reports and most of them follow the Ars Moriendi‘s model of a good death.  The Jesuit Relations were intended to outline the progress (and success) of missionary work and passed through the hands of multiple scribes before they reached the printing press.  Consequently, the accuracy of these accounts may be suspect.

“God wished to call him to himself; he confessed, and received the Sacrament of Extreme Unction [part of the last rites, an anointing].  Shortly before his death, he asked us who those were whom he had heard singing all night, very melodiously, affording him the utmost delight; he thought that we had heard them.  As he told this, he assumed a startled look, and said to us, ‘Do you not see those frightful people there, looking at me with evil eyes?’  We immediately reassured him.  On the evening of the night he died, he called loudly for one of our Fathers, who immediately ran to him; but he could not understand what the boy intended to say, as he only exclaimed, ‘The Father will know it, the Father will know it.’  Some time afterward, he rendered up his blessed soul to our Lord.” 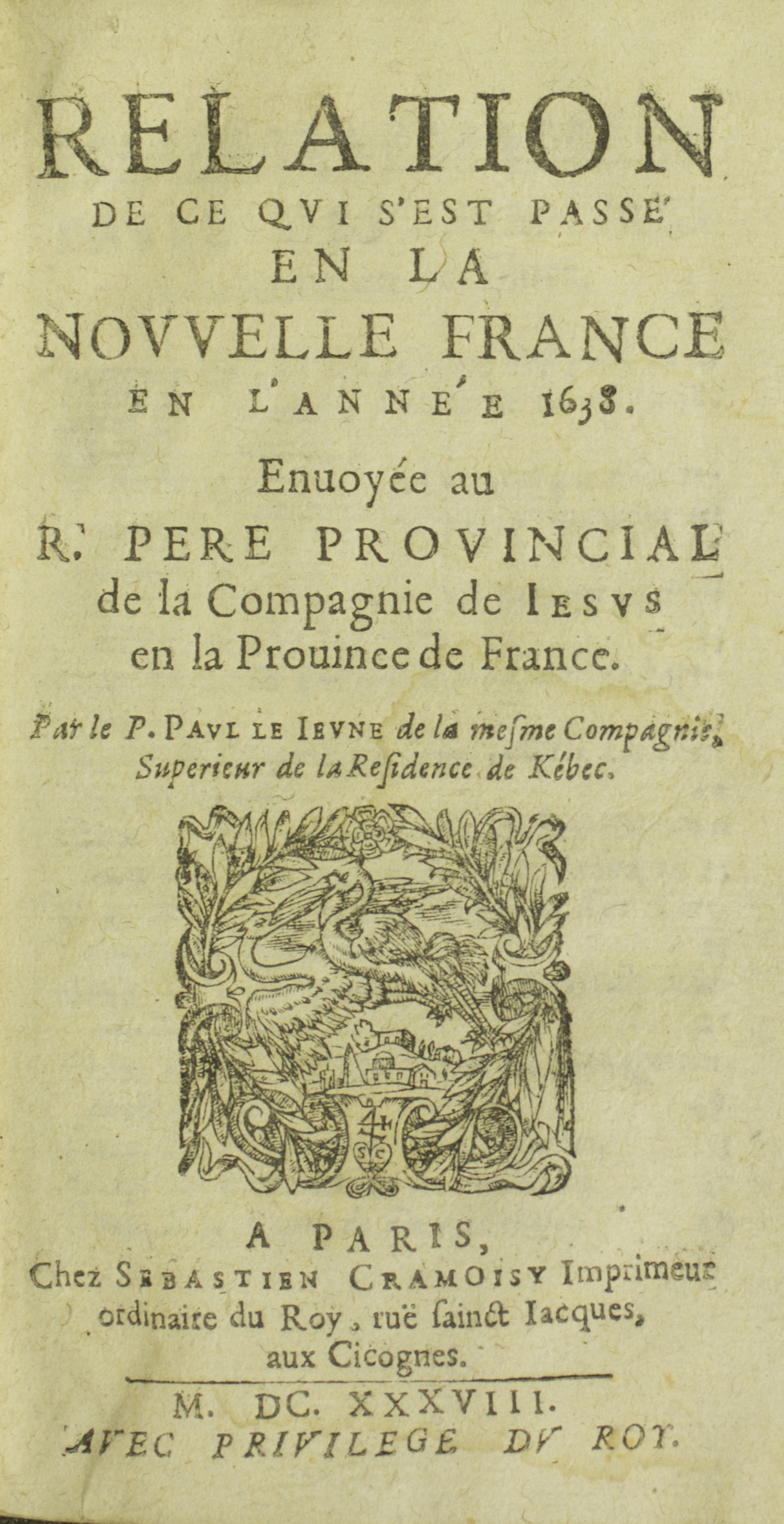 Samuel de Champlain, Voyages et Descovvertvres Faites en la Novvelle France, Depuis L’année 1615, Paris: 1627.
This volume describes Samuel de Champlain’s travels to the Wyandot settlements between Georgian Bay and Lake Simcoe in 1615.  The engraving shows a typical Wyandot burial.  The body, wrapped in a beaver robe, was placed on a scaffold along with gifts from fellow villagers.  Champlain’s Voyages also includes the first European description of the Feast of the Dead, a grand celebration where the bodies of the deceased were removed from their scaffolds and cleaned of any remaining flesh.  They bundled the bones and then re-buried them collectively in an ossuary. 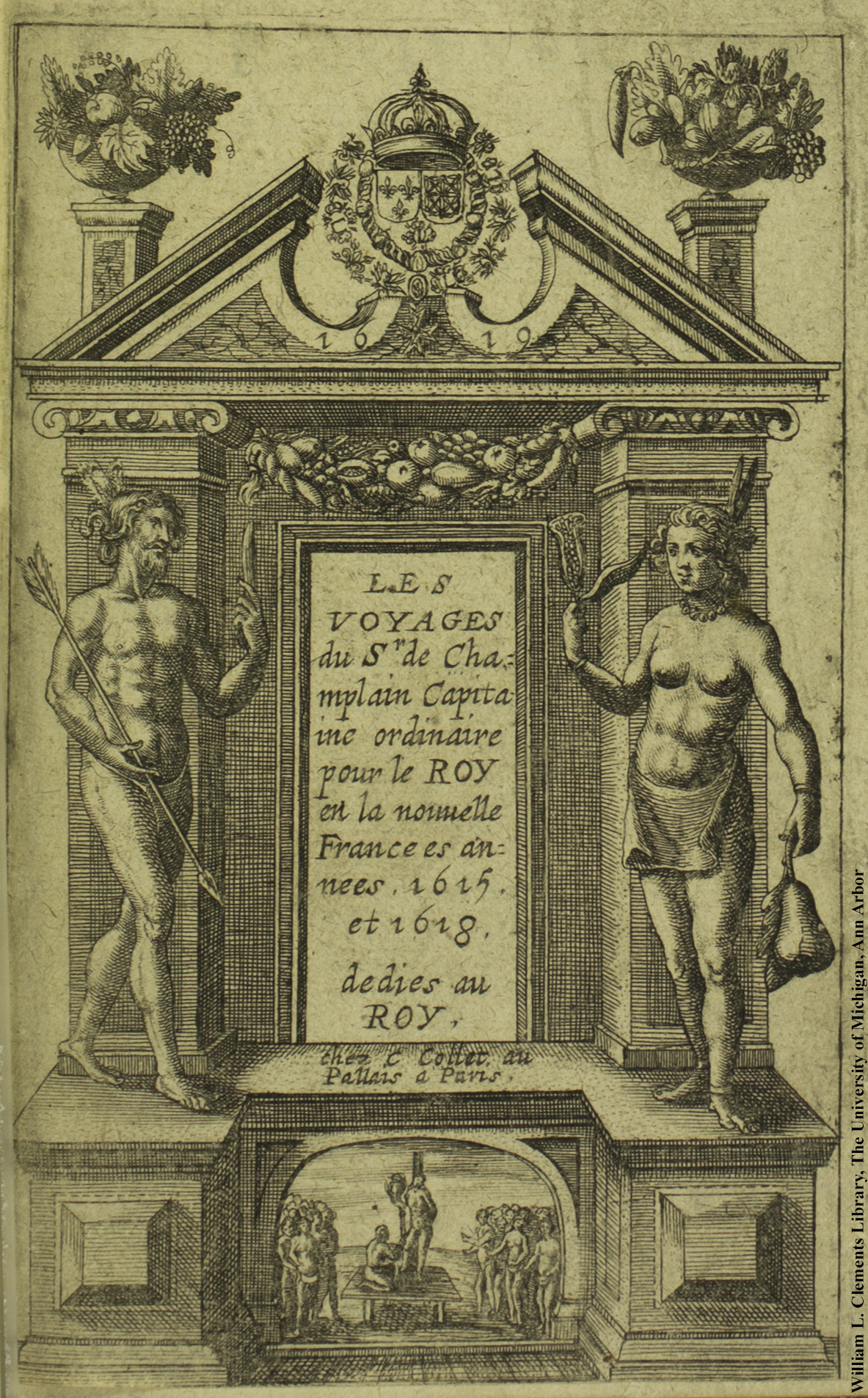 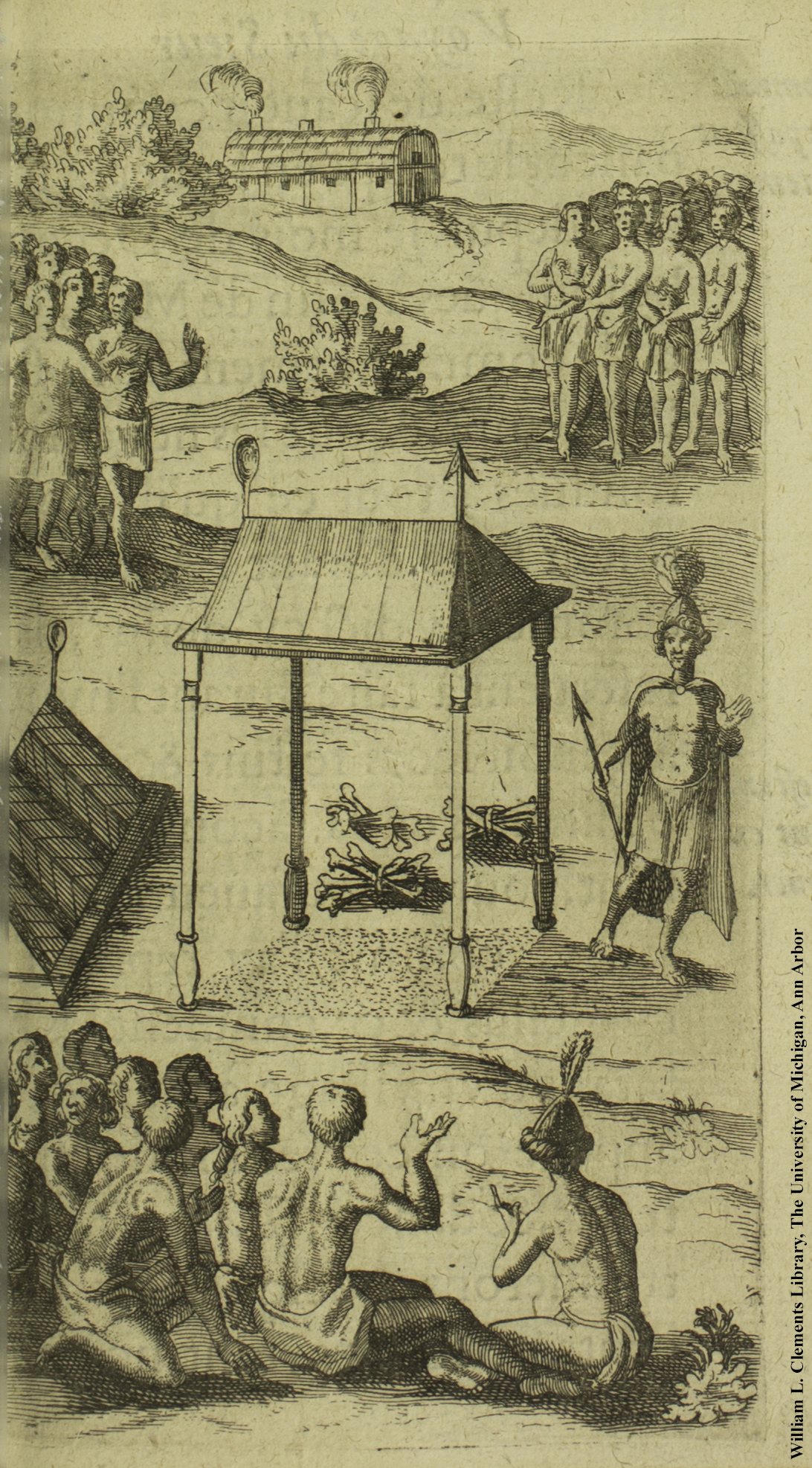 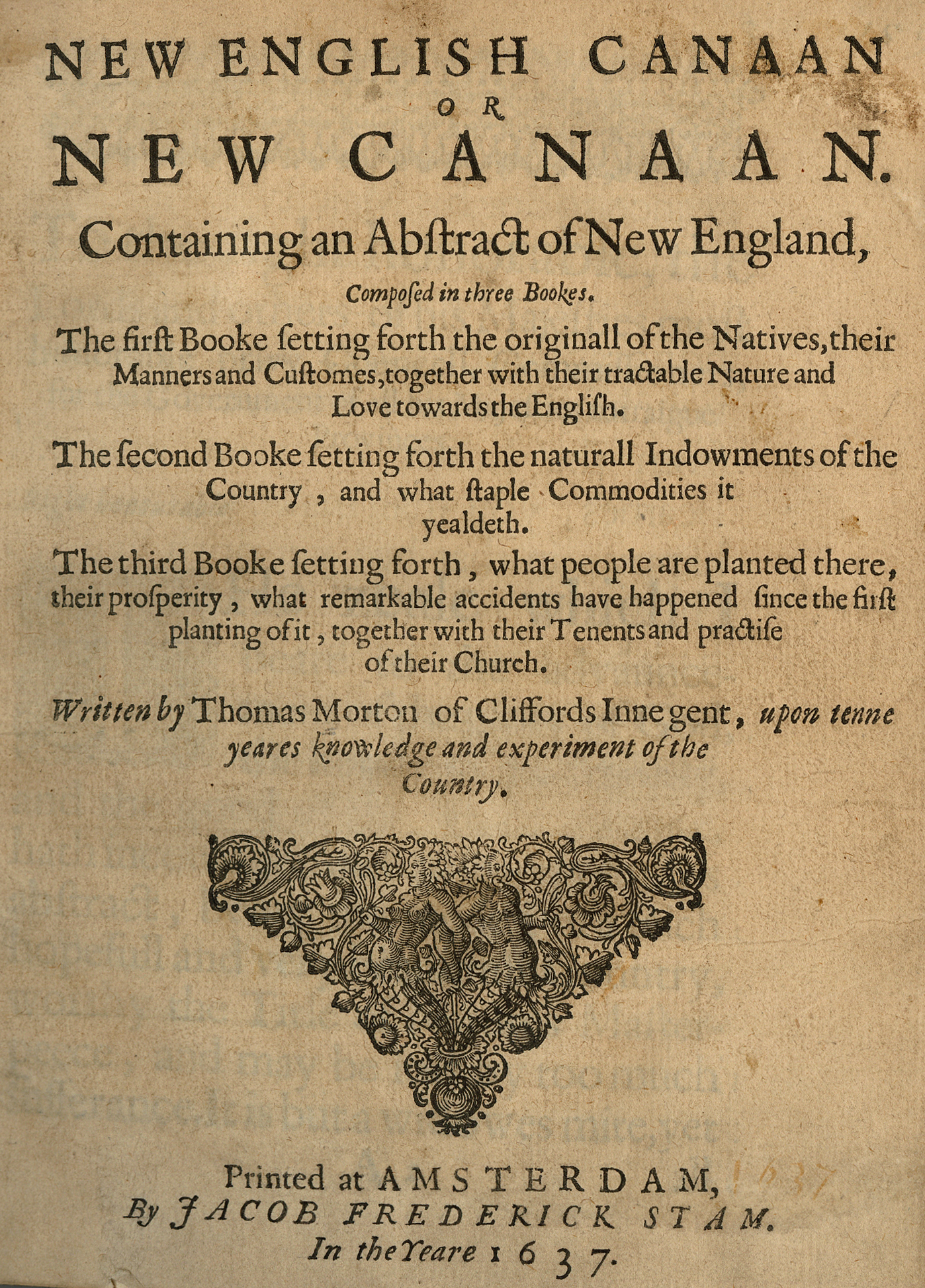 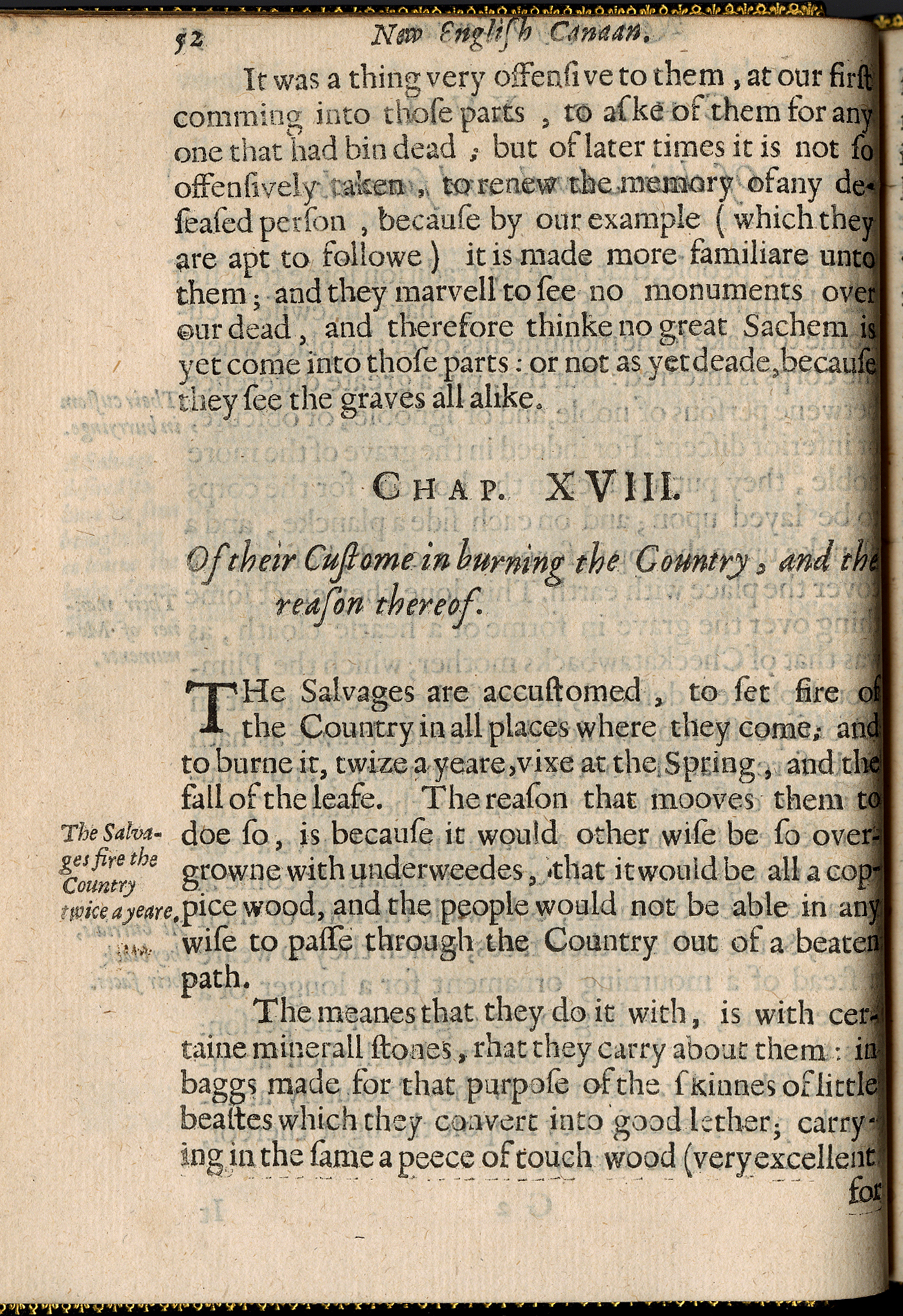 Pieter de Marees, Beschrijvinghe Ende Historische Verhael, Vant Gout Koninckrijck van Guinea, Anders ee Gout-custe de Mina Genaemt, Leggende in Het Deel Van Africa, Amsterdam: 1617.
African slaves brought their own funerary and mourning traditions to America.  This Dutch account of Akan-speaking Africans on the Gold Coast was first published in 1602.  It includes descriptions of sacred objects used to help the deceased enter the afterlife, questions posed to the dead about the causes of their deaths, loud funeral processions of wailing and weeping mourners, and burials in either graveyards or beneath the floors of their homes.  They buried the deceased with goods to take with them to the afterlife and then held lively celebrations.  The engraving depicts a funeral procession.