Home » About » Blog » Latest Quarto: The Best of the West

Latest Quarto: The Best of the West 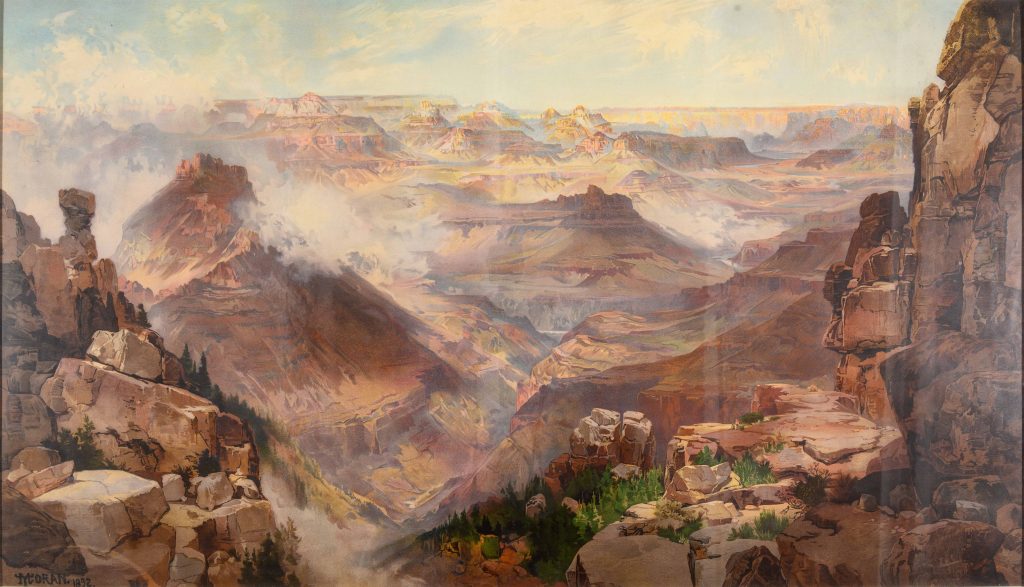 Thomas Moran (1827-1926) joined the Hayden survey expedition to the West in 1871 and produced iconic views of the dramatic landscapes they encountered, such as this lithograph of The Grand Cañon of the Colorado River, drawing Americans’ attention and imagination westward.

The Winter-Spring 2020 Quarto is now available online. This issue is titled “The Best of the West,” inspired by an exhibition of the same name at the Clements Library. In the words of retiring Director Kevin Graffagnino, the exhibit “concentrates on printed books and pamphlets, but readers of this issue of The Quarto will learn that the Library has tremendous strength in western Americana manuscripts, prints, photographs, and maps as well.”

This issue of The Quarto is now available on our website. Our donors, the Clements Library Associates, receive a high-quality print of the publication by mail. You can support the Clements by making a gift online or by contacting Anne Bennington-Helber at abhelber@umich.edu or 734-764-5864.