The University of Michigan William L. Clements Library has been awarded a $350,000 grant from the National Endowment for the Humanities to digitize one of our largest and most utilized collections.

The funds will support a three-year-long effort to digitize over 23,000 items related to Thomas Gage, a famed British commander-in-chief in the early days of the American Revolution who was also the governor of the Province of Massachusetts Bay from 1774 to 1775.

“Multiplying modes of access to our collections is one of our primary goals,” said Paul Erickson, the Randolph G. Adams Director of the Clements Library. “We will always remain committed to welcoming the many scholars who travel to Ann Arbor from around the world to do research in the Clements Library, but we are also committed to making it possible for people anywhere in the world to study landmark collections like the Gage papers.”

A premier destination for the study of 18th and 19th century American history, the Clements Library’s archive is particularly strong in their papers and artifacts related to the American Revolution. 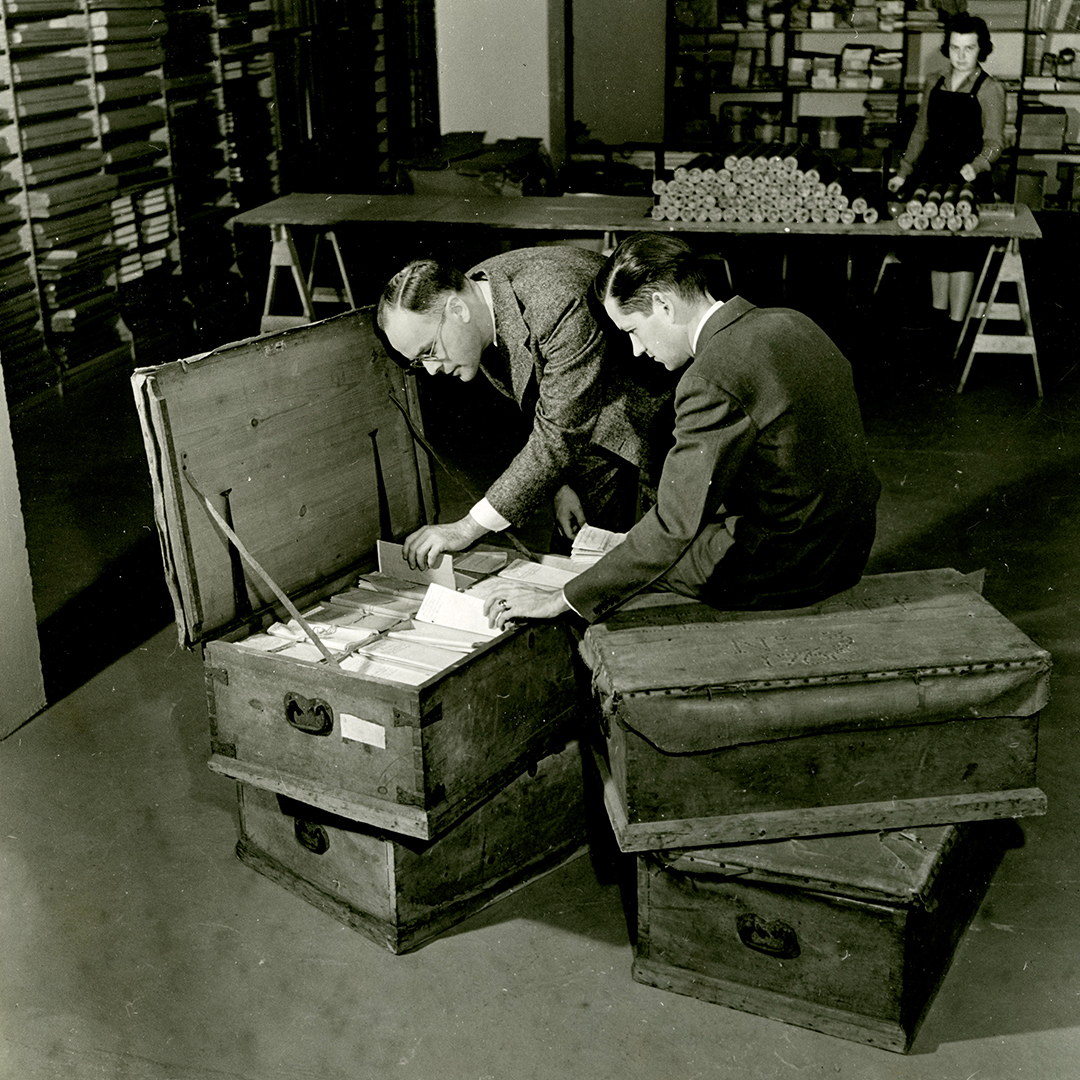 Curators and staff Lloyd Brown, Howard Peckham, and Margaret Webber with four trunks of Thomas Gage papers as they arrived at the William L. Clements Library in 1937.

“The Gage papers, which are one of the crown jewels of the Clements Library, have been studied by generation after generation of historians,” said Cheney Schopieray, curator of manuscripts at the Clements and project director. “They contain extraordinary documentation of colonial America through the paperwork of the highest echelons of British administration in the colonies during the tumultuous years leading up to the Revolutionary War.”

According to Schopieray, though there are materials related to the French and Indian War, the majority of the collection focuses on the years between 1763 and 1775. It includes handwritten letters, documents, journals, financial records, military orders and more. 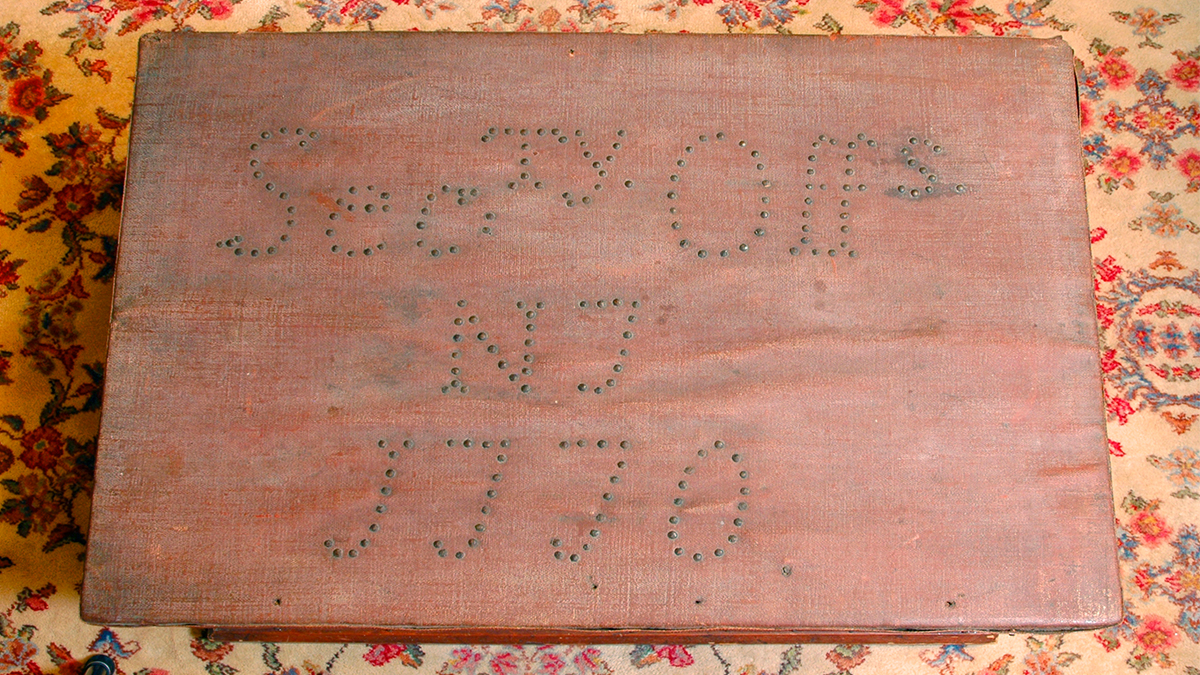 One of the original pine trunks that once held the Thomas Gage papers is displayed in the Clements Library’s Avenir Foundation Reading Room. The trunk is painted “Spanish brown” with a matching painted canvas lid cover, wrought iron handles, hinges, and a lock. Spelled out in tacks on the top of the lid is “Secty Offs. / N 7 / 1770.”—shorthand believed to represent “Secretary Office(s) / [trunk number] / [year of Gage’s command].” 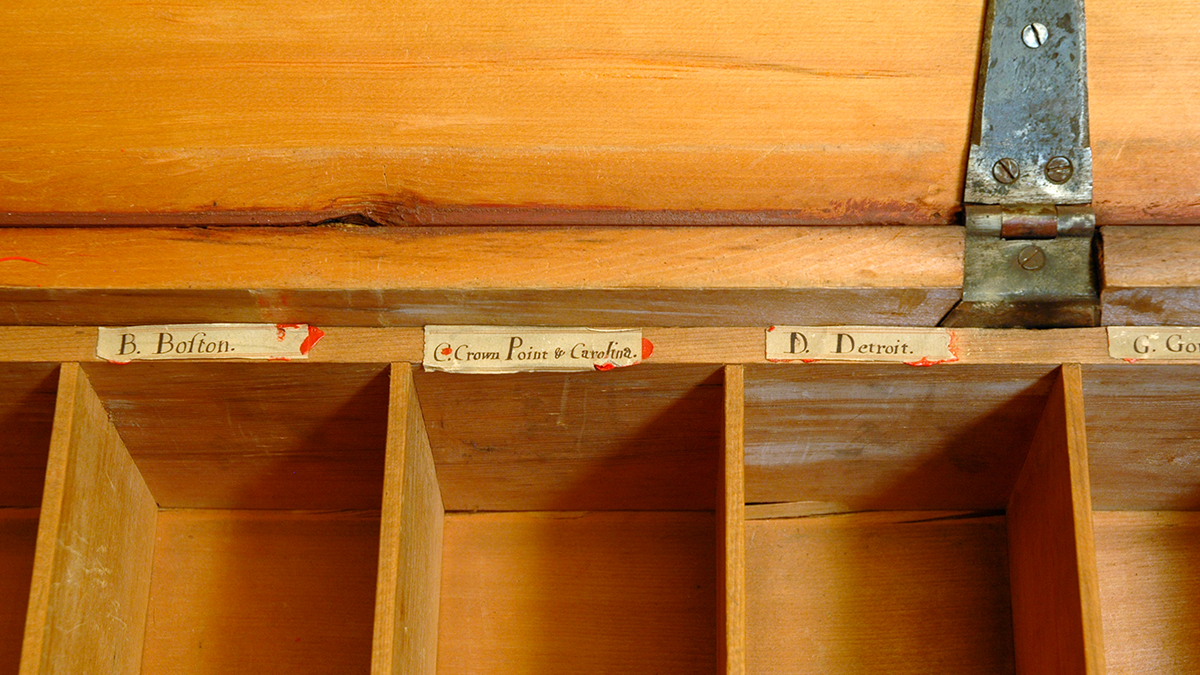 The interior of the roughly 32 x 21 x 12-inch box is of unfinished pine enclosing two levels of pigeonholes. Fourteen slots on each level provide 28 in total. The top tray is removable, and most of the pigeonholes retain paper tags identifying the military post to which the particular correspondence pertained. The trunk was designed to be portable. Gage’s papers moved with him in America and made two Atlantic crossings before coming to the Library in 1937. 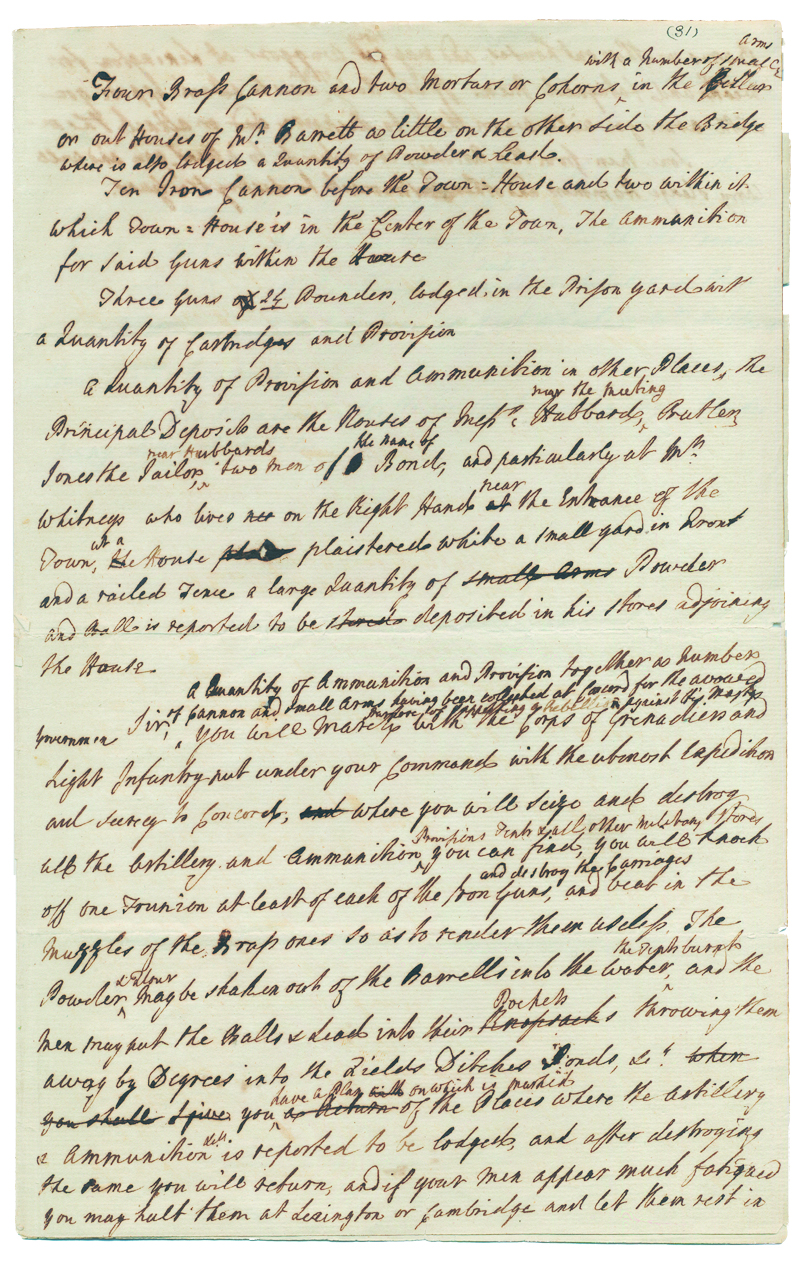 General Thomas Gage’s draft orders to Lt. Col. Francis Smith for the Concord Expedition, which led to the opening shots of the American Revolution on April 18, 1775. From the Thomas Gage Papers, University of Michigan William L. Clements Library.

“When you think of the flashpoints leading up to the American Revolution and our independence—it’s all here,” he said. “There are materials on British-Native American relations, responses to the 1765 Stamp Act and nonimportation agreements, eyewitness accounts of the Boston Massacre, draft orders by Thomas Gage for the Concord Expedition—which led to the opening shots of the war—and so much more.”

In addition to the Gage manuscripts, the Clements Library is also home to papers of other high ranking British officials of that era, including Prime Minister William Petty 2nd Earl of Shelburne, General Henry Clinton, Secretary of State George Germain, Undersecretary William Knox, as well as patriots such as one of George Washington’s most effective officers, Nathanael Greene, among others.

The library’s project was one of 225 awarded nationwide to support the preservation of historic collections, humanities exhibitions and documentaries, scholarly research and curriculum projects through the NEH’s Division of Preservation and Access.

Audiences can expect to be able to view parts of the digitized collection via the online finding aid as progress is made over the course of the grant. The complete collection is expected to be available by May 2024, with support from the U-M Library’s Digital Content and Collections service.

While the Clements Library is currently only open to U-M M-Card holders due to the COVID-19 pandemic, staff are preparing plans for a safe reopening in the near future.