The Clements Library is pleased to announce that the following collections in our Graphics Division are now described online and may be requested for use in the reading room.

The Clements Library is now open for research by appointment. Learn more at clements.umich.edu/coronavirus. All researchers are encouraged to contact Clements Library staff for guidance on how to complete their research with both digital and physical materials. Please contact us with any questions about your research.

Parrish Family Photograph Album (1860s-1890s)
The Parrish family photograph album contains 110 photographs assembled by the Parrish family of Philadelphia, Pennsylvania, including images of family and friends, political figures, celebrities, and popular illustrations as well as photographs related to Union efforts to educate freed slaves during the Civil War in the Port Royal Experiment. 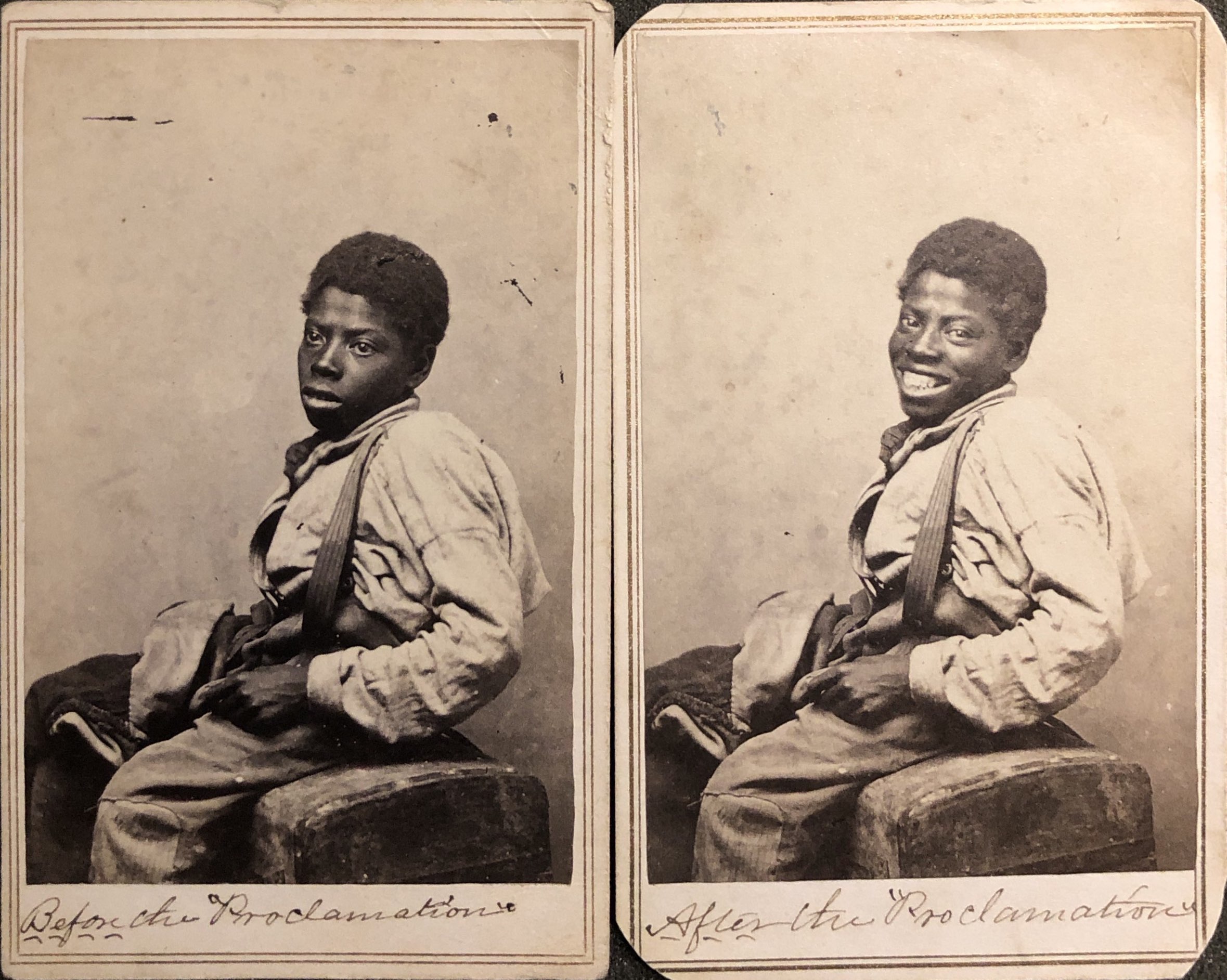 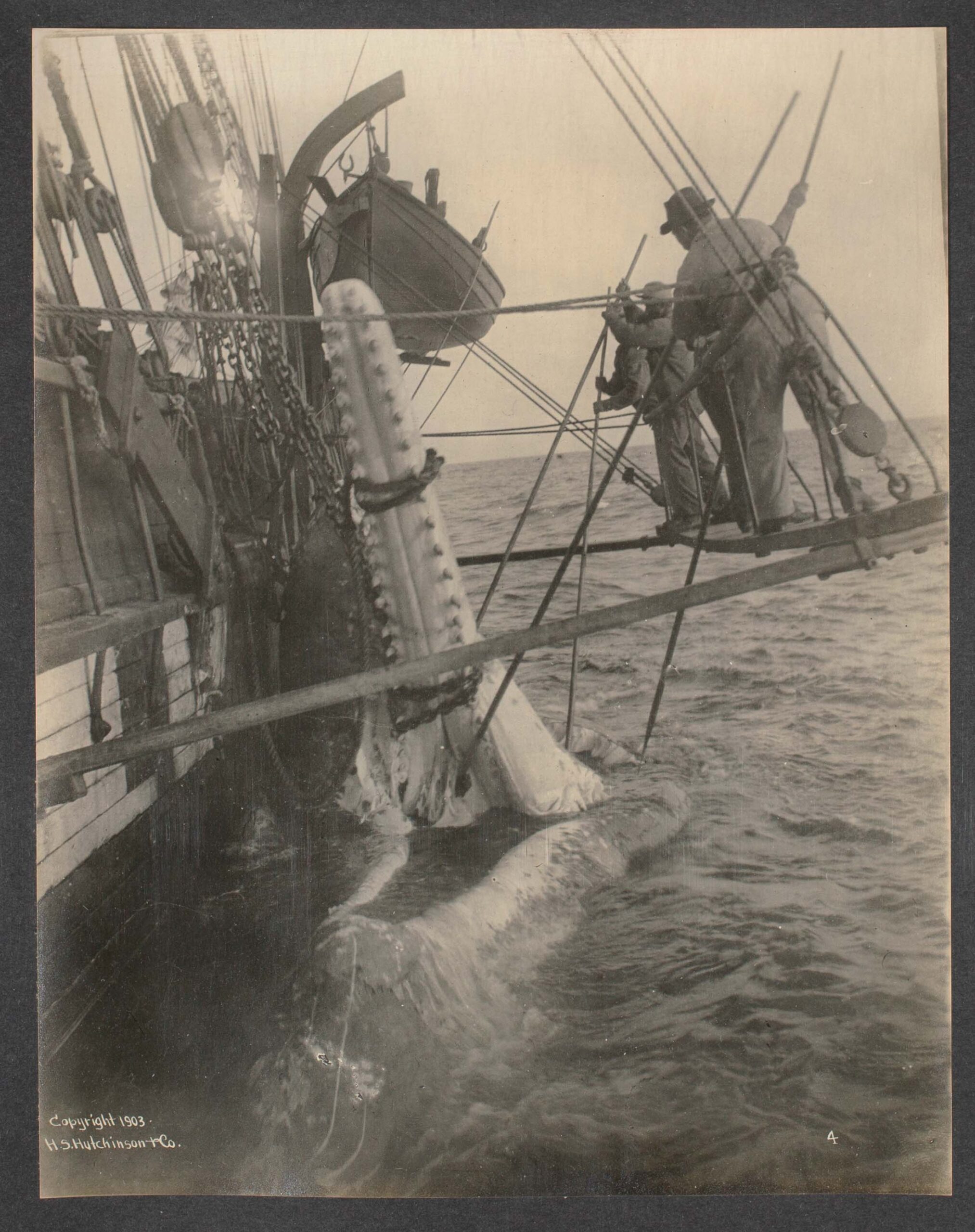 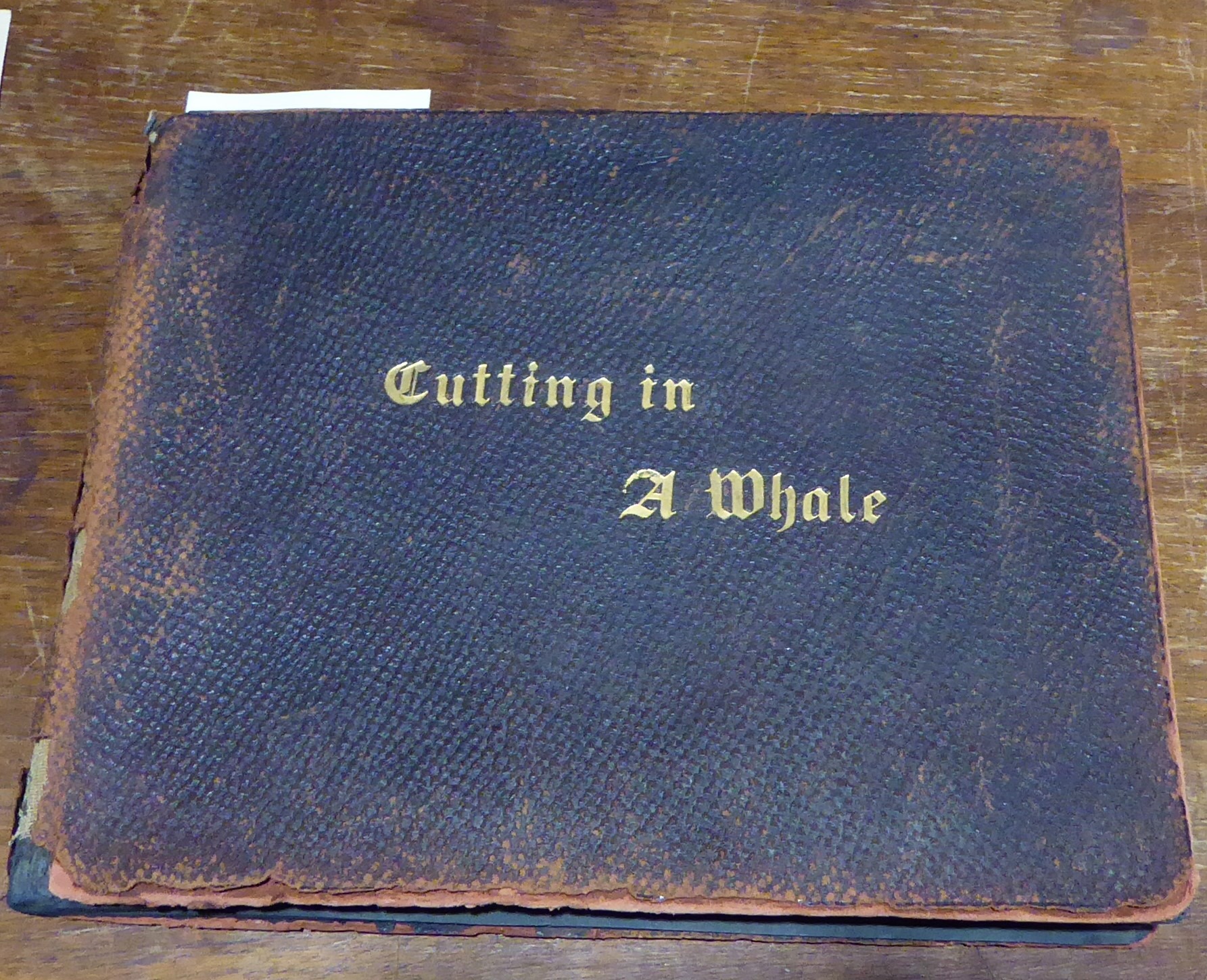 A scene from one of the New Bedford Whaling Albums (“Cutting in a Whale” – Hutchinson album) depicting a slain sperm whale being readied for processing.

Tyler-Montgomery-Scott Family Album (ca. 1870-1938)
The Tyler-Montgomery-Scott family album chronicles multiple generations of the Tyler, Montgomery, and Scott families of the Philadelphia area from the 1860s through the 1930s. It includes approximately 275 items including studio portrait photographs, informal snapshots, newspaper clippings, postcards, letters, and other ephemera.

C. Wallace Bell Photograph Album (1880)
The C. Wallace Bell photograph album (40 x 31 cm) contains 34 photographs including images of paintings of ships and other maritime subjects, views of the Central Pacific Railroad in the United States, and views of coastal regions of Cornwall (England) and Snowdonia (Wales) from ca. 1880.

Charles J. Merz Photograph Album (1888-ca. 1910)
The Charles J. Merz photograph album contains approximately 147 images, the majority of which show places and people around the area of Detroit, Michigan, during the late 19th and early 20th-centuries. 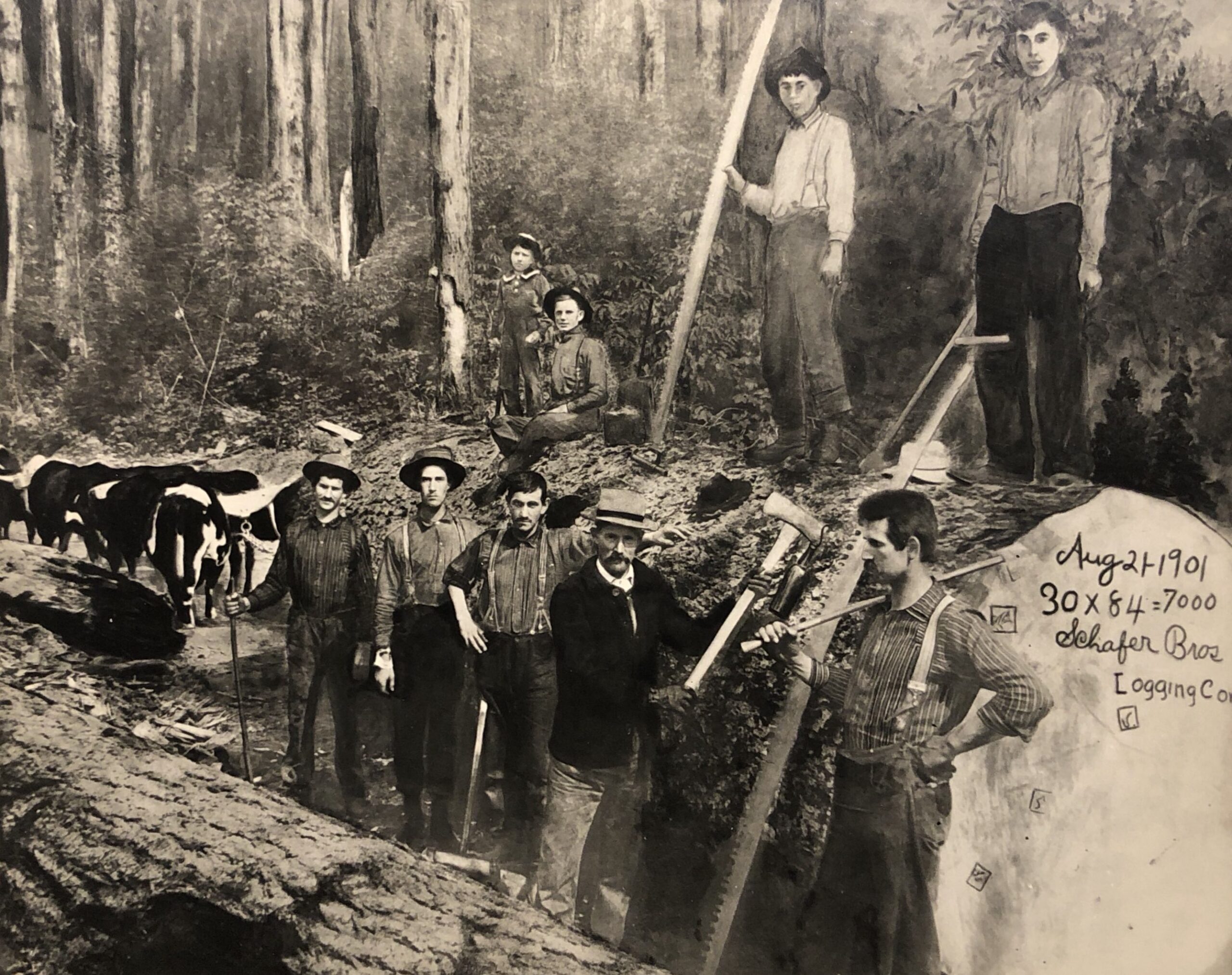 Vera and Gene Foreman Photograph Albums (1942-1951)
The Vera and Gene Foreman photograph albums consist of four volumes containing approximately 917 photographs and miscellaneous ephemera that document the experiences of Vera Irene Masuch and her husband-to-be Charles Eugene “Gene” Foreman in post-World War II Europe both before and after they first met as well as earlier trips taken by Vera and friends to various places in the United States.