Home » About » Blog » Online Exhibit: The Barbary Wars at the Clements

Online Exhibit: The Barbary Wars at the Clements 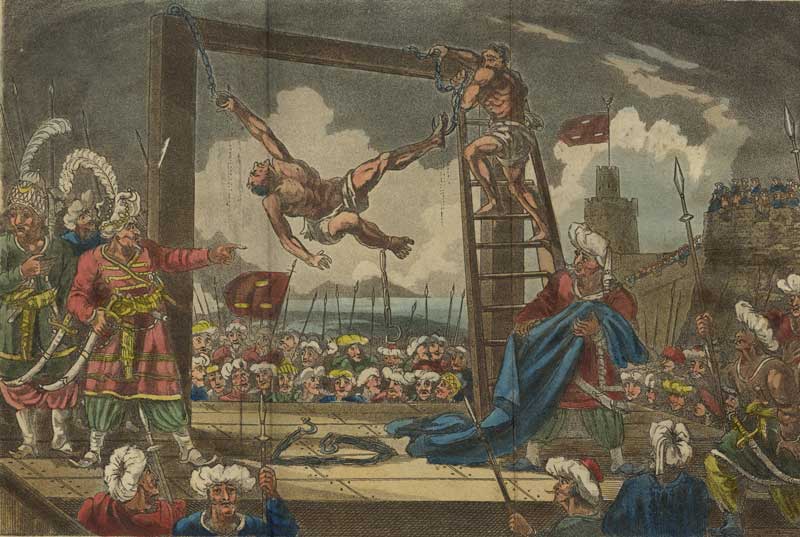 A new online exhibit is now available on our website: The Barbary Wars at the Clements. It was created by Philip Heslip, Project Archivist in the Manuscripts Division of the Clements Library from 2009 to 2011.

This online exhibit highlights the Clements Library’s best holdings related to the Barbary Wars.  Featured items include manuscripts, books, maps, and engravings documenting the United States’ first interactions with the Arab world and the early development of the U.S. Navy.  The heart of this material comes from three manuscript collections: The Tobias Lear papers, the John Rodgers papers, and the Isaac Chauncey papers. Together, these collections document the highest level of naval and diplomatic decision-making during and after the wars.  Additionally, the exhibit relies on several other manuscript collections that contain discussions of and references to early American activities in the Mediterranean. Also showcased is the Clements’ collection of 19th-century Barbary captivity narratives, books that informed and inflamed the American public on the home front, as well as images of the naval conflict and maps of the region.  We hope that the exhibit will draw attention to an often-neglected episode in American history, and inspire researchers and enthusiasts to pursue new discoveries at the Clements Library.