Home » About » Blog » Empire and Encounter at Detroit: “Habitants,” Hired Labor, and the Enslaved

Empire and Encounter at Detroit: “Habitants,” Hired Labor, and the Enslaved

This second blog post in a three-part series titled “Empire and Encounter at Detroit” (read part 1) uses James Sterling’s letter book to enter the world of early 1760s Detroit, as the British Empire sought to exert power and influence in territories newly won from New France in the Seven Years War. From mundane packing of fur bales to a dramatic narration of Detroit’s siege by Native forces, Sterling’s letters cover many topics and are of great interest to historians. Most interesting are Sterling’s relationships with local French and Native communities, often fraught but ultimately central to Sterling’s commercial and social success. 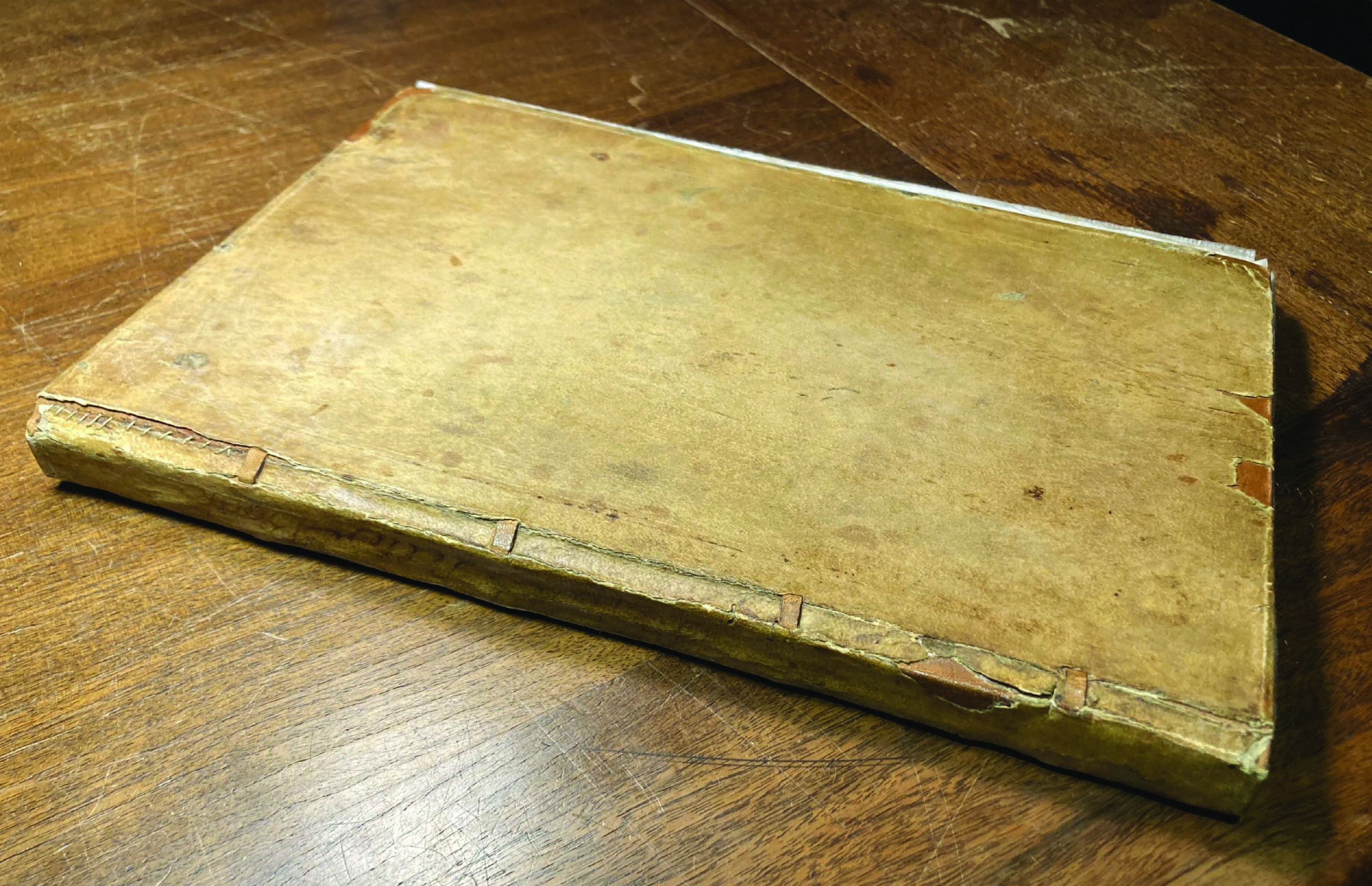 The James Sterling Letter Book has been digitized in full and is accessible online.

When James Sterling arrived in Detroit, in 1761, the town and fort sheltered a population of around 1,500 inhabitants. Worn and rotted palisades encircled a stone powder magazine, the King’s bakehouse, merchant storehouses, and other military improvements. Three hundred dwelling houses provided safety and security for an overwhelmingly French, mostly male population that traced its origins back to the initial settlement of Detroit by Antoine de la Mothe, sieur de Cadillac, in 1701. The introduction of British military forces and British traders further skewed the demographic imbalance.

Sterling took up rented accommodation near to Sainte-Anne-de-Détroit and the town square. From here, he immersed himself in frontier commerce and began to form relationships with Detroit’s French population, Native groups who passed through the town or lived in nearby villages, and the officers and enlisted men of Detroit’s British garrison. He found ready buyers in the habitant population, especially, and undertook an important strategic decision by shifting away from wholesale trade and into retailing. Business went well and Sterling eventually outgrew his rented rooms; he carelessly renovated the place, writing to a friend how he “spol [sic] the Tapestry by putting up shelves and nails through it.”[1]

This struggle over space is but one of the innumerable, everyday conflicts born of the British presence in Detroit. Lingering tension from the violence of the Seven Years War heightened feelings of suspicion and animosity between Detroit’s resident population groups and led to a charged environment that finally exploded in 1763, when Native forces led by Pontiac sieged British garrisons throughout the Great Lakes. Writing from the besieged town in August 1763, Sterling demonstrated his belief in rumors of French-Indian conspiracy and spread the rumor to his various correspondents. Like British officers and colonial administrators, Sterling advocated the immediate arrest and execution of those responsible.[2]

Sterling’s’ dislike for the French, and his growing sense of self-importance, came to influence his relationships with the lower-class habitant workers he employed. His correspondence with business partners includes frequent complaints about spoiled food, broken barrels, soggy furs, and watered-down wine, blame for which he placed squarely on lazy or incompetent workers. On another occasion, Sterling belittled his workers by comparing them with Native Americans: “Ill send you thirteen tamed savages, alias Canadians, as soon as the navigation is open in the spring.”[3] 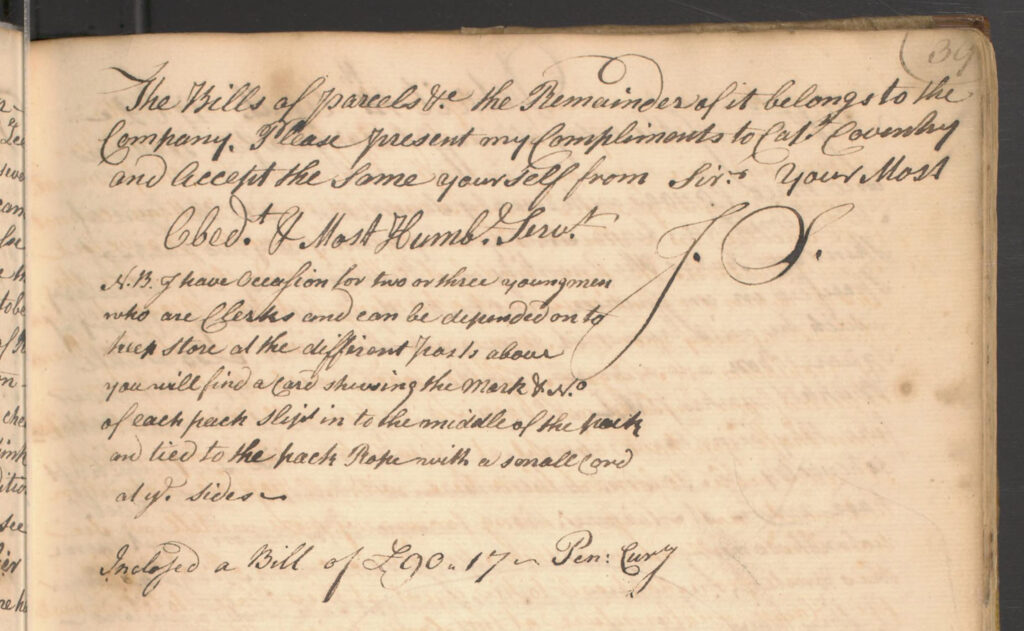 In time, Sterling slowly removed himself from day-to-day fur trade operations and began to shift into a managerial role. He hired Mr. Blondeau, a Frenchman from Detroit, as the “Conducter of [his] Batteaus[sic].” Blondeau’s responsibilities included overseeing fleets of canoes and keeping a close eye on inventories at storehouses in Niagara and Detroit.[4] For the laborers he supervised, an ordinary work day involved paddling over long distances, hauling and carrying goods, and packing and marking wares like the following shipment from 1762: “one beaver Blanket, one Buffaloe blanket, Seven Martins, Two black otters skins drest, one shott pouch one knife case & one pair of Indian Shoes.[sic]”[5] This was hard, physically-demanding work, and Sterling thought himself above it.

Though only fragmentary evidence survives, it is clear that enslaved people, Black and Native, formed part of Sterling’s work force. Letters suggest the enslaved came with the British officers who garrisoned Detroit and other Great Lakes posts in the aftermath of the Seven Years War. Others were brought into the region by Native groups who raided backcountry settlements along the Eastern seaboard. Sterling mentions an enslaved person conversant in English, French, and who knew “a little Indian language.”[6] Some slaves worked as translators and boatmen, others worked in quarries, sawmills, inns, and in domestic settings.

In 1765, Sterling purchased a Black female slave at the specific request of his wife Angelique. This accords with Angelique’s ties to a prominent French merchant family of status and Sterling’s rising fortunes as a merchant and fur trader with other enslaved laborers. Sterling discussed the transaction with a distant, Albany-based business partner, suggesting a slave trade operated between the two locations. This enslaved woman, name unknown, worked in the Sterling household in a domestic role, with cleaning and cooking likely among her routine labor and responsibilities.[7] Enslaved Native American women labored in similar contexts.

When paired with other William L. Clements Library collections, it is possible to partially reconstruct the lives and lived experiences of these marginal figures and to interrogate their role in the larger processes of the fur trade and British colonization of the Great Lakes. The letters of John Porteous, another merchant active in the Great Lakes, are accessible as the John Porteous Letter Book and touch on many similar topics. 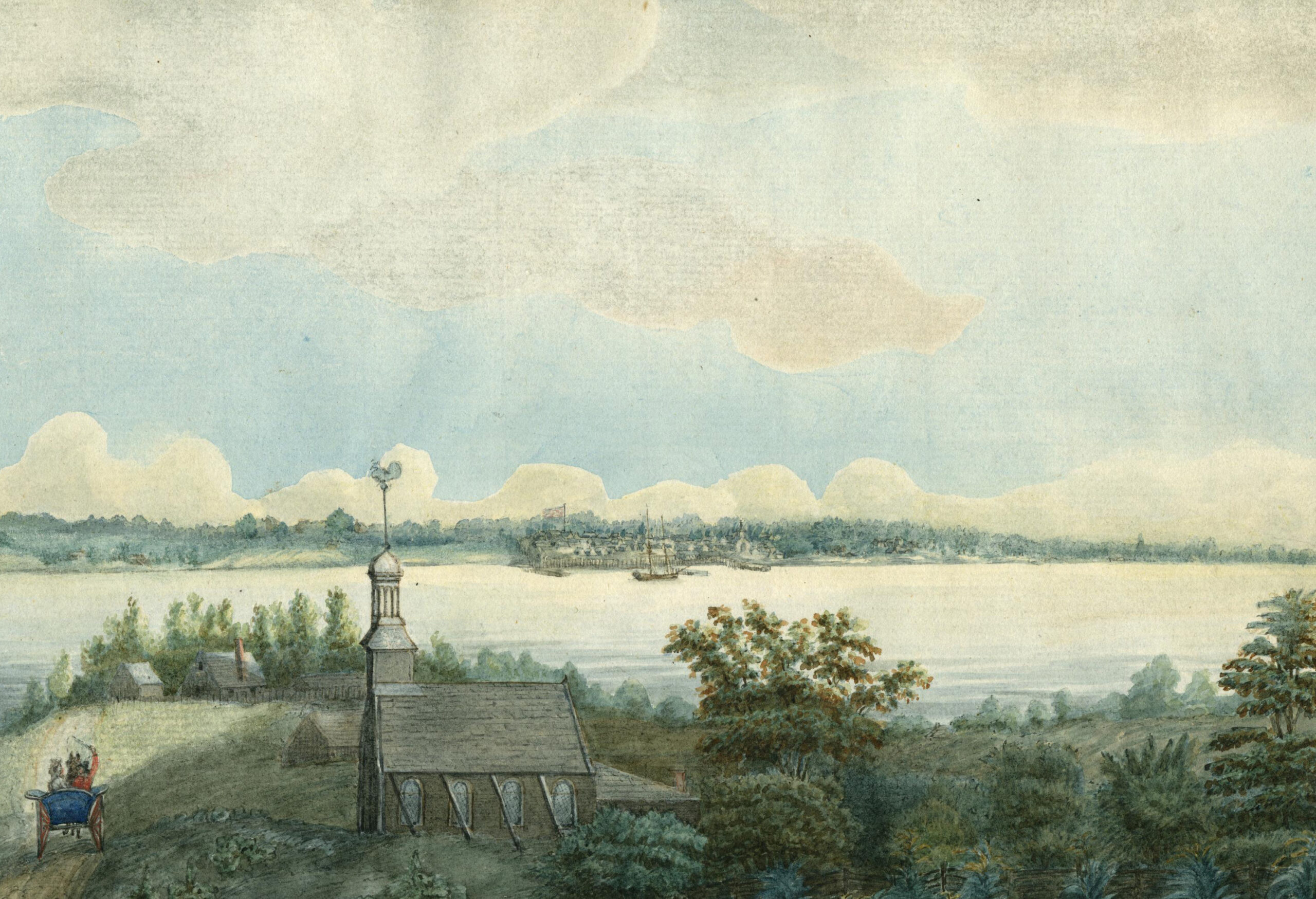 Detail from “A View of Detroit and the Straits, Taken from the Huron Church.” Even in 1804, when Edward Walsh painted this view of Detroit, Anglo-American settlement along the Detroit River remained clustered around Fort Detroit.