Early in the war, African Americans had debated their role in the Union’s military effort. Some argued that black men ought not to sacrifice themselves for a nation that had refused to recognize their humanity and citizenship. But the consensus shifted and black activists argued that through military service men would earn an unassailable claim to freedom and full citizenship.

Prior to the Proclamation, small numbers of black men had been marshaled into the Union forces. After January 1, 1863, they enlisted by the thousands. By the war’s end, 200,000 African American had served. Their conditions were unique. Segregated “colored” units were led almost exclusively by white officers. The units trained and fought with substandard equipment and uniforms. They often did manual labor, watching their white counterparts win the pride of combat duty.

Black soldiers were especially vulnerable; Confederate officials promised special reprisals, including sale into servitude or summary execution. Within Union circles, they sometimes received praise. But just as often, black soldiers were subject to ridicule that underscored how deeply entrenched racism was even in the North. 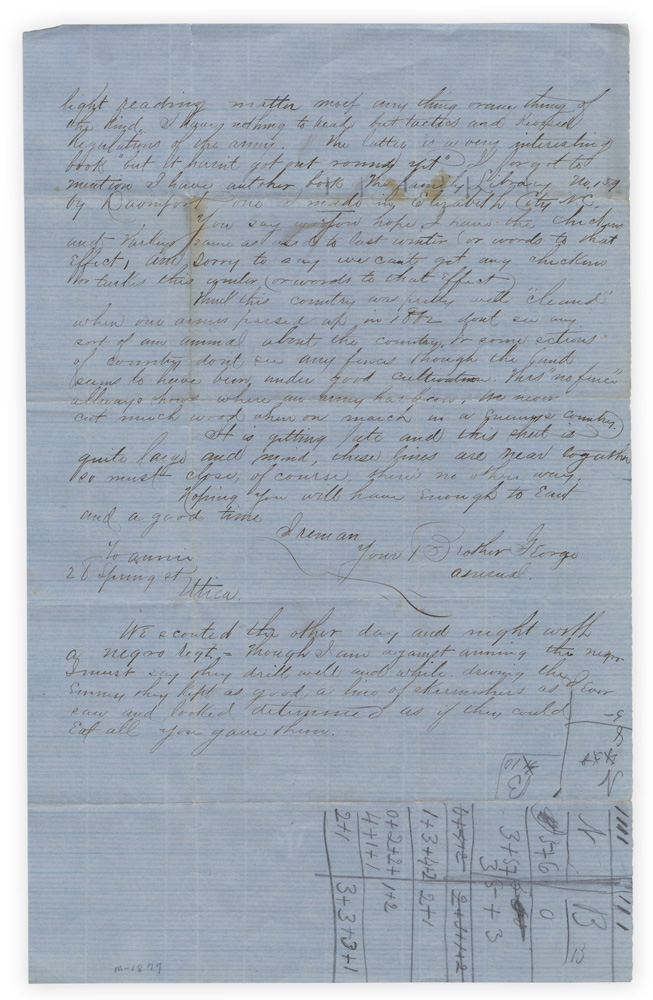 “We scouted the other day and night with a negro regt.– Though I am against arming the negro, I must say they drill well and while driving the enemy they kept as good a line of skirmishes as I ever saw and looked determined as if they could eat all you gave them.” 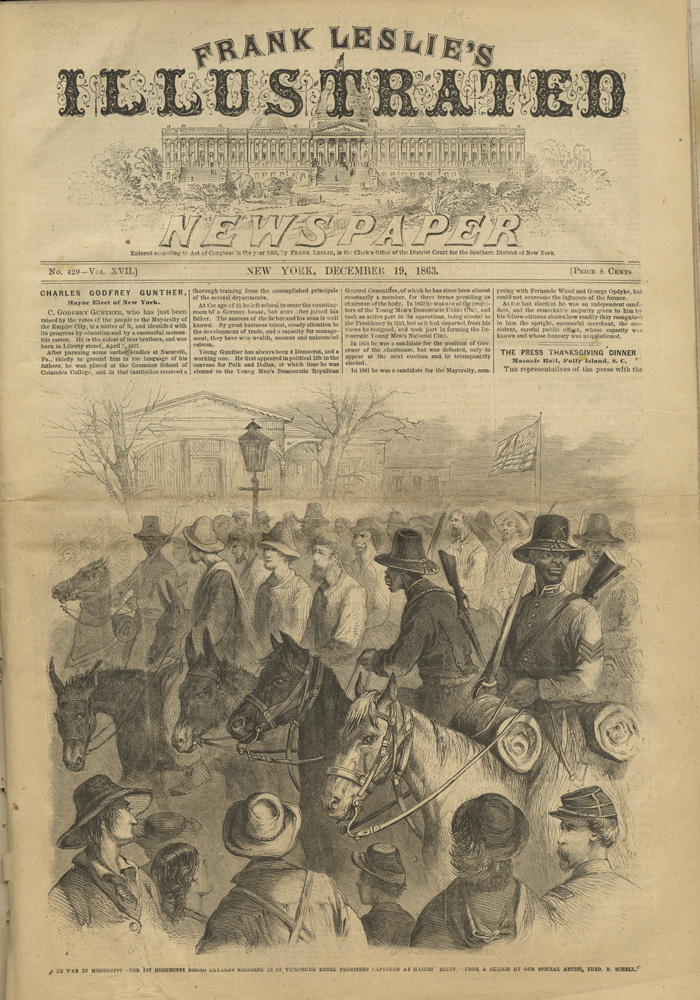 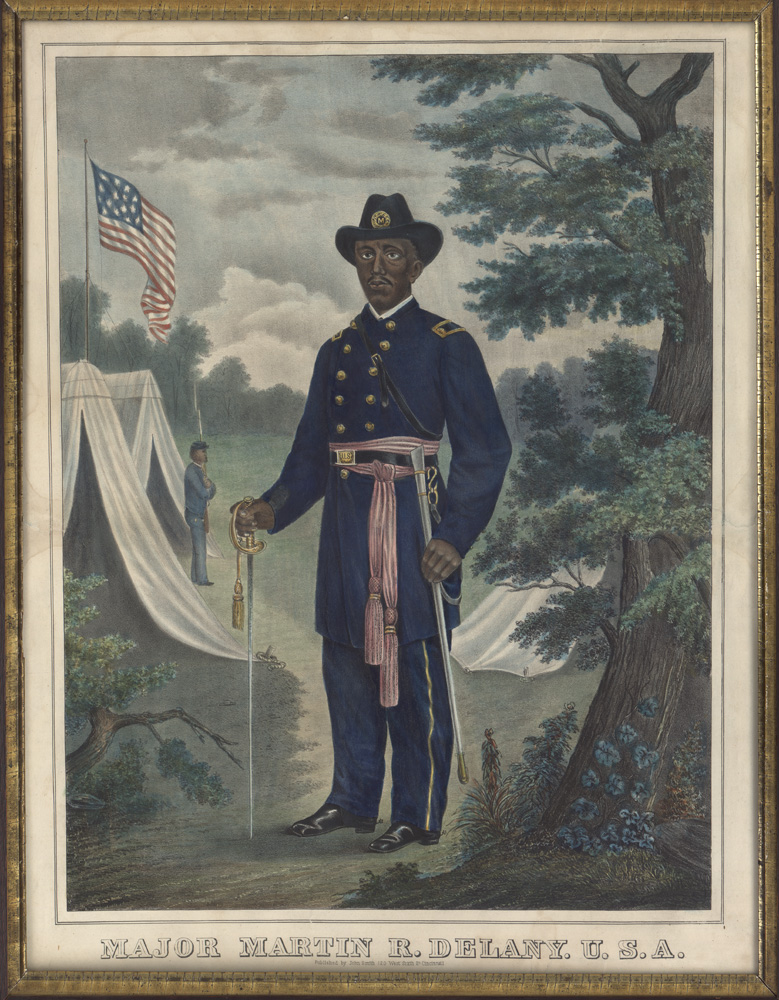 Martin Delany had been an anti-slavery and emigration advocate in the 1850s. He believed black men had no hope for full citizenship in the United States. But during the Civil War, Delany shifted his stance, first recruiting black soldiers, and then serving himself. Delany reached the rank of Major, becoming one of the few African American commissioned officers during the Civil War. 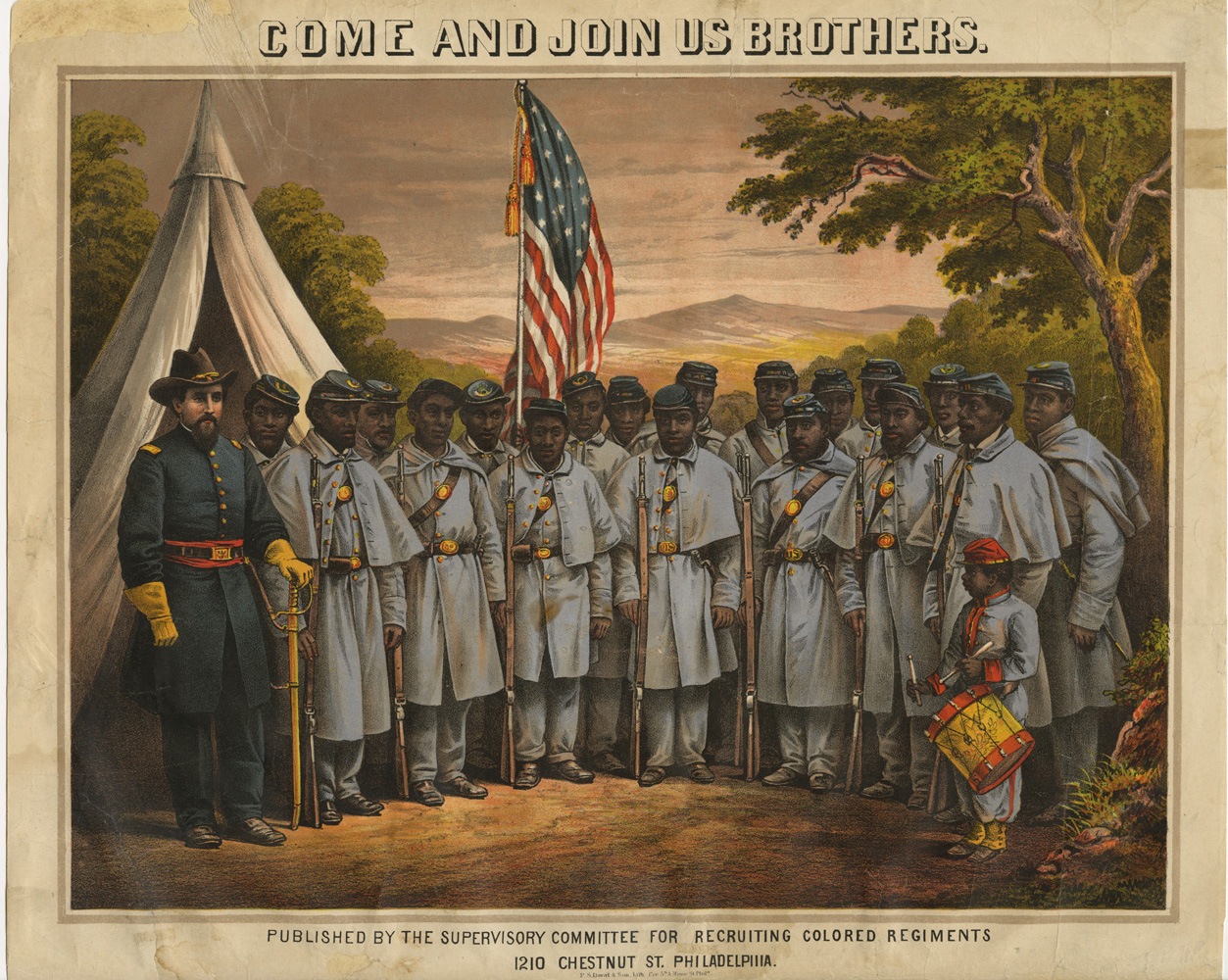 This recruitment poster was an adaptation of a studio photograph. The artist enhanced the original to include the tent, flag, battlefield and young drummer. While reports from the field were that black men were not being fully outfitted for military service, this poster suggests otherwise by including full, new uniforms and rifles. 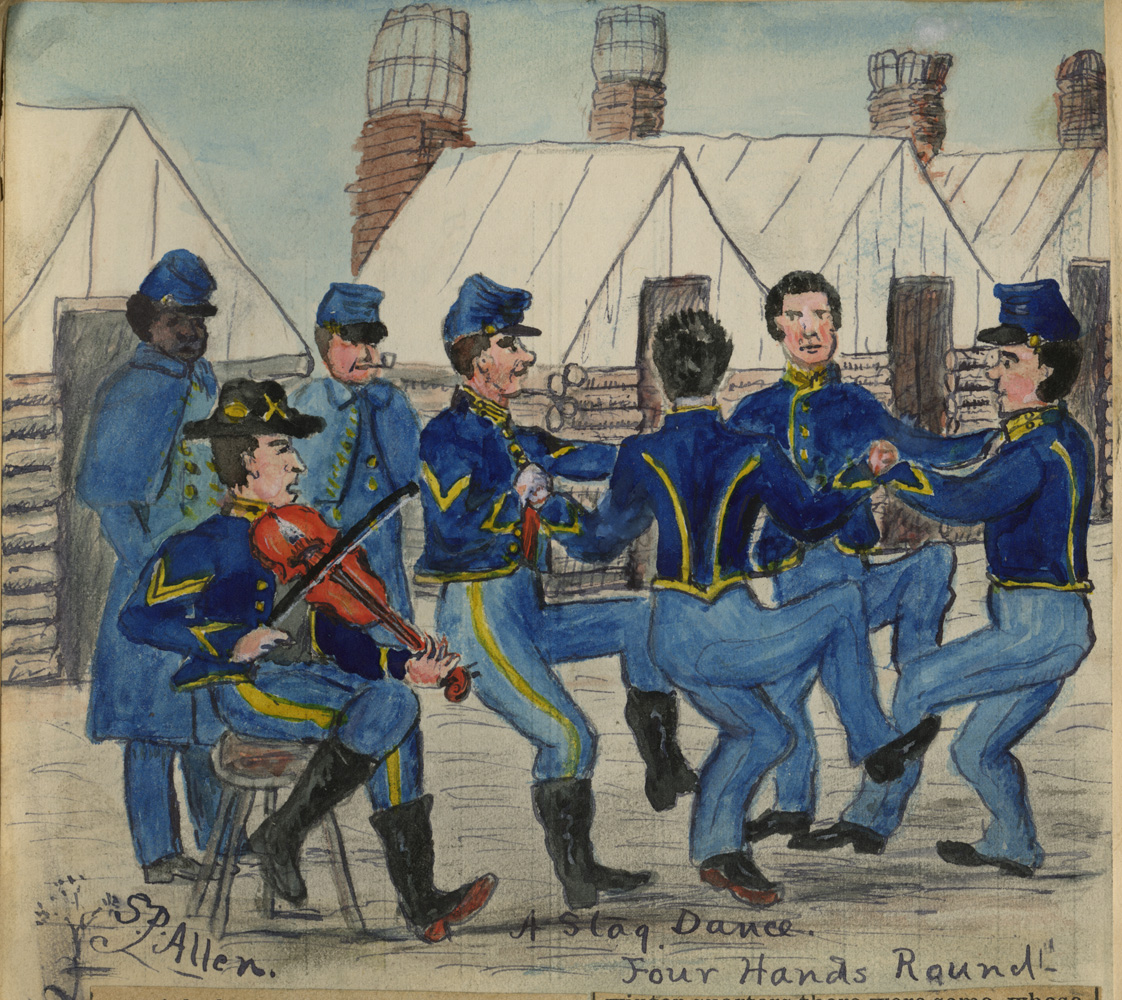 Stanton Allen sketched this scene from memory. He show us that black soldiers were included only to a point: An unremarkable black soldier is present, but to the side, not wholly a part of military leisure and sociability. Is he welcome to take part in the dance? 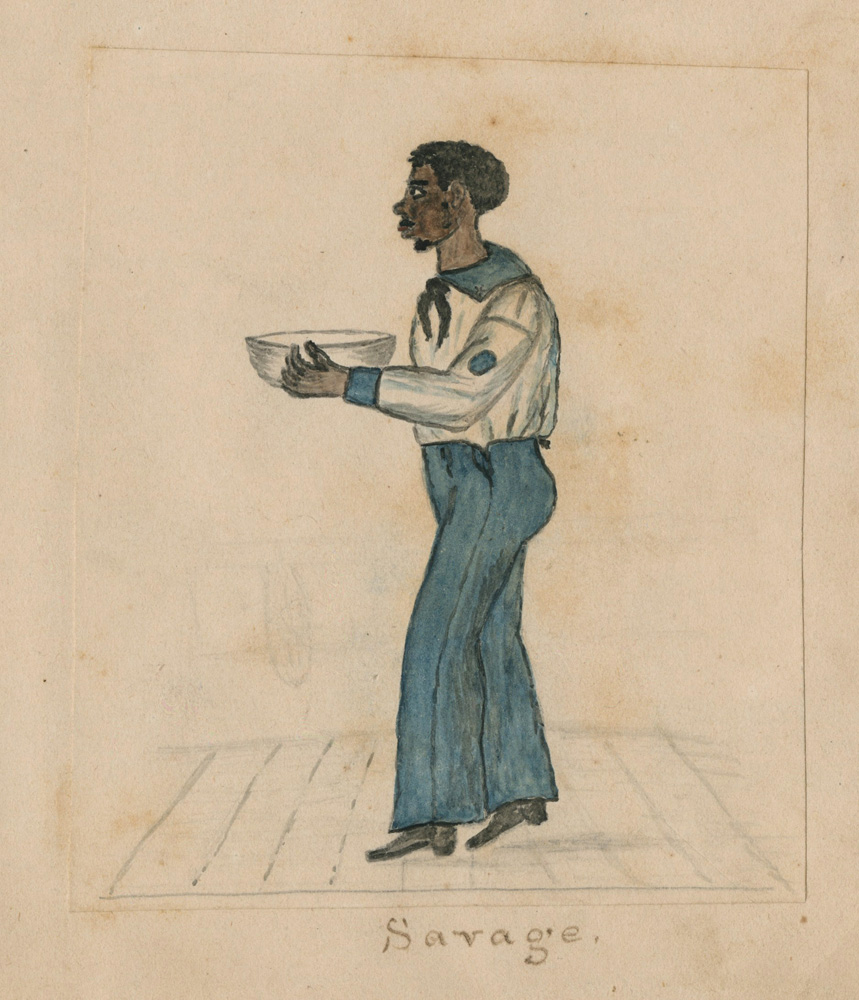 As Simmons travelled up the Mississippi River he sketched many of his shipmates. Simmons’s depiction of an African American on board appears ordinary. But his caption, “Savage,” appears to be at odds with the image, leaving us wondering what he hoped to convey. 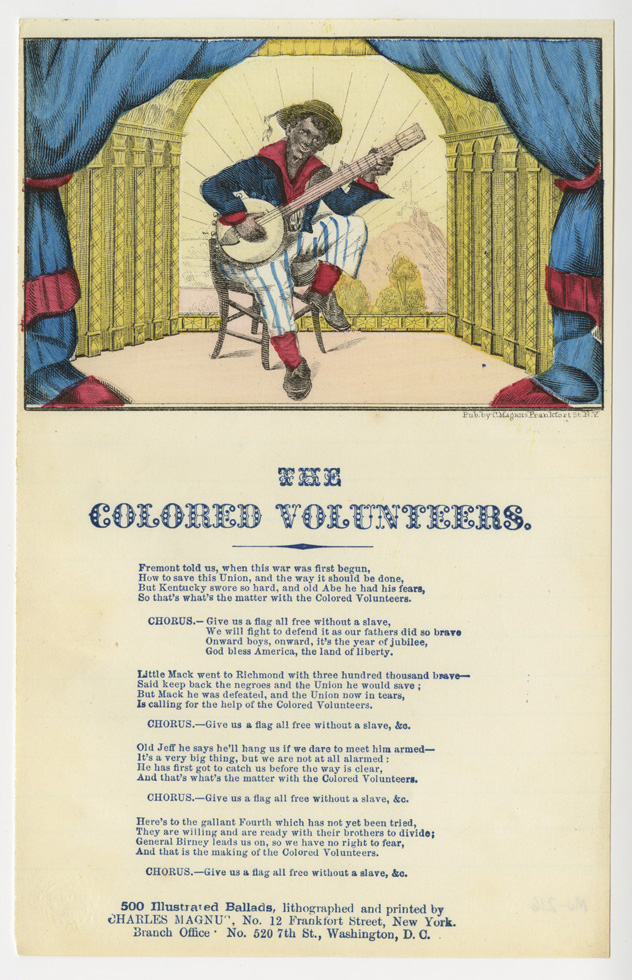