Lincoln’s manuscript version of the Emancipation Proclamation did not circulate widely in 1863. Indeed today the National Archives allows the document to be on view for just thirty six hours each year. Most Americans encountered Lincoln’s words in newspapers and as it was read aloud. But broadside reproductions of the Proclamation brought the document into homes and fixed it in the nation’s collective memory.

Broadsides adorned public and private spaces, both taverns and parlors. They were highly interpretive works, each with its own point of view.  How did printers express their views? Techniques ranged from emphasizing specific passages with varied type style and size, to the addition of illustrations such as patriotic embellishments, portraits, and narrative scenes.

These mid-nineteenth-century broadsides are as interesting, perhaps, for what they leave out. In every example, the Emancipation Proclamation is portrayed as an event unique to the United States and the Civil War-era. Absent are suggestions about the proclamations of the Revolutionary era, or of abolition in the French and British empires. Bracketed out is the continued existence of slavery in the Americas, especially in Cuba and Brazil. History appears to give way to myth-making in these powerful depictions of Lincoln’s words. 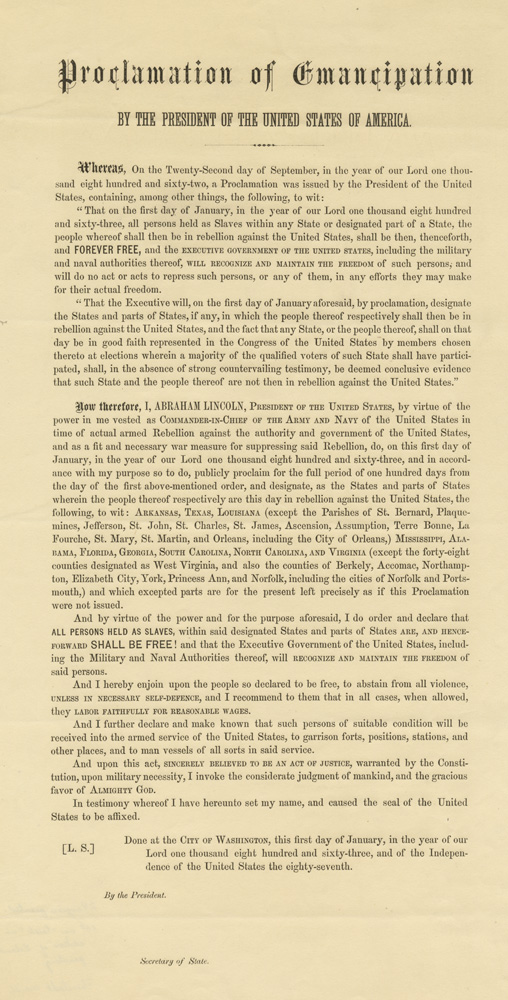 Abraham Lincoln (1809-1865)
Proclamation of Emancipation by the President of The United States of America.
(Leland-Boker Edition)
Philadelphia: Leypoldt, 1864
Printed broadside 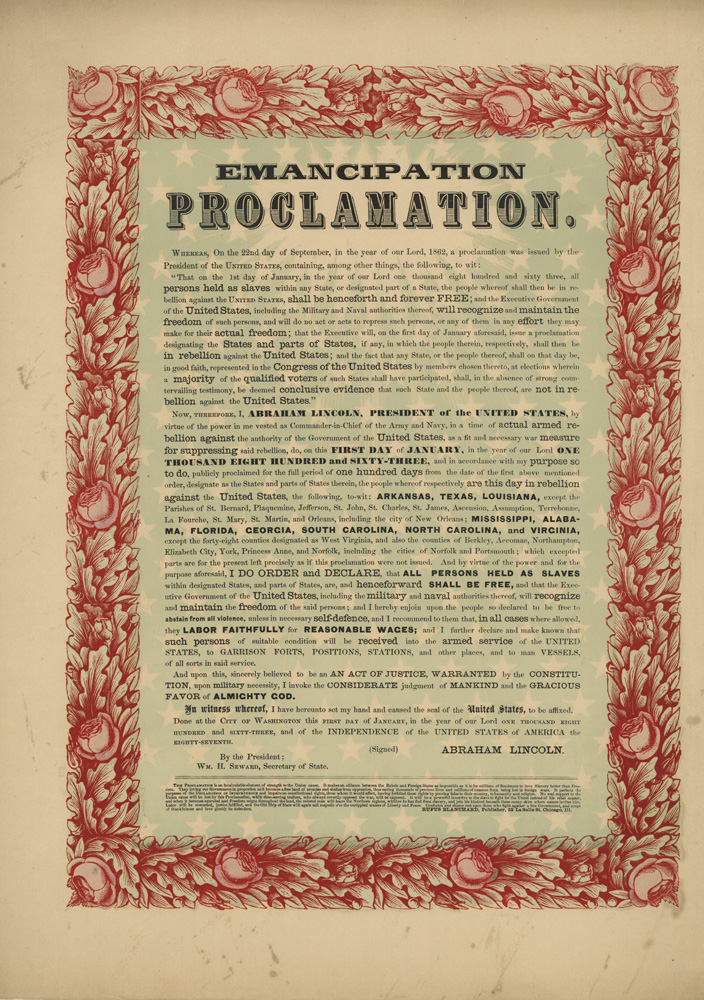 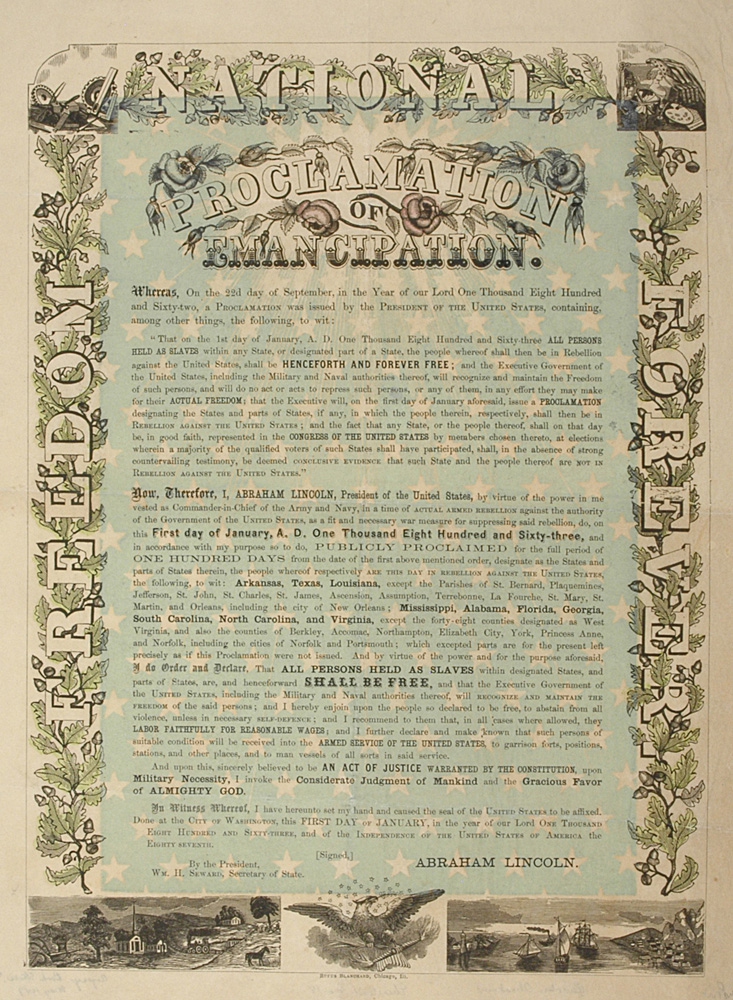 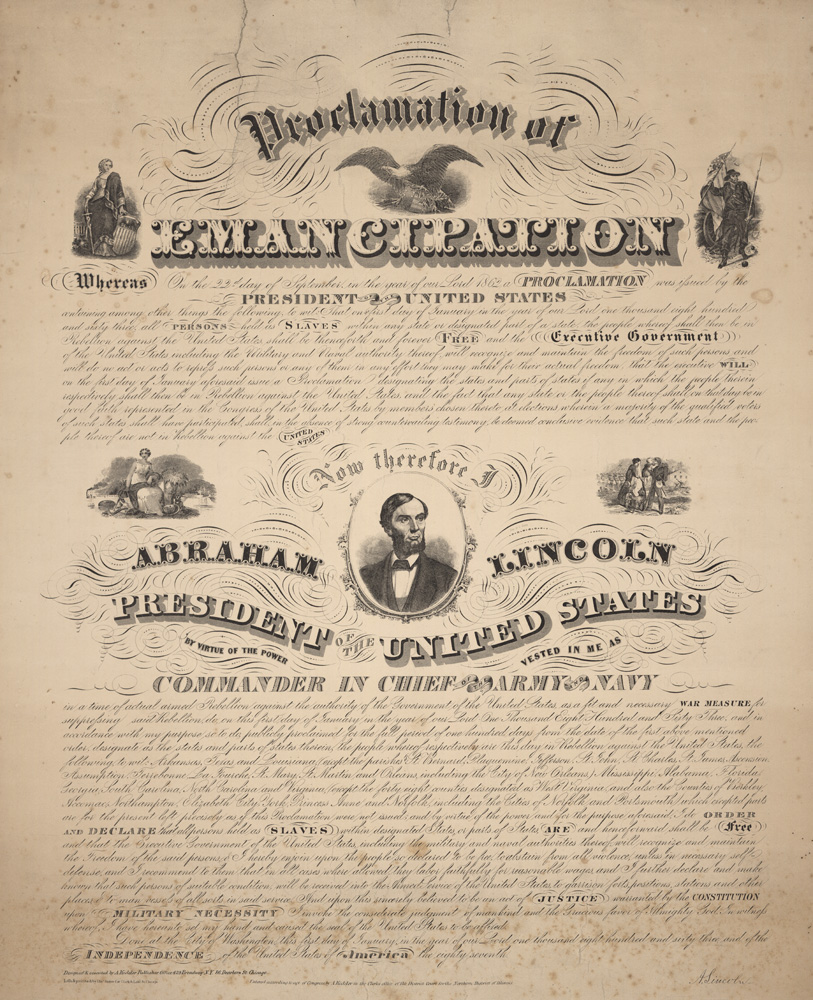 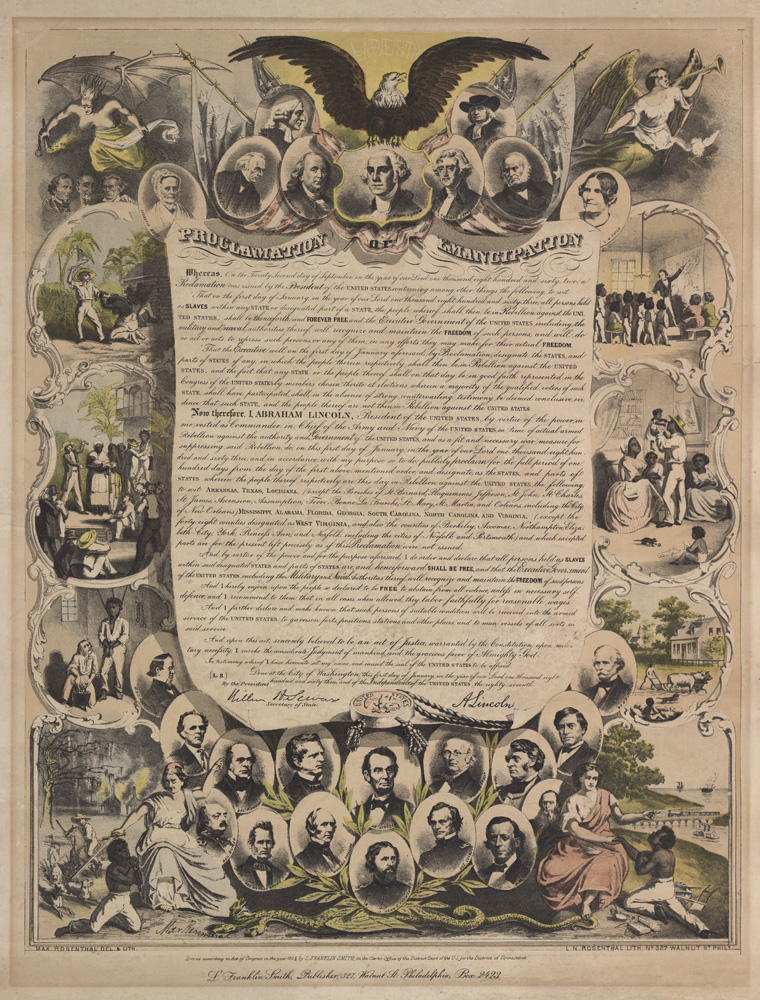 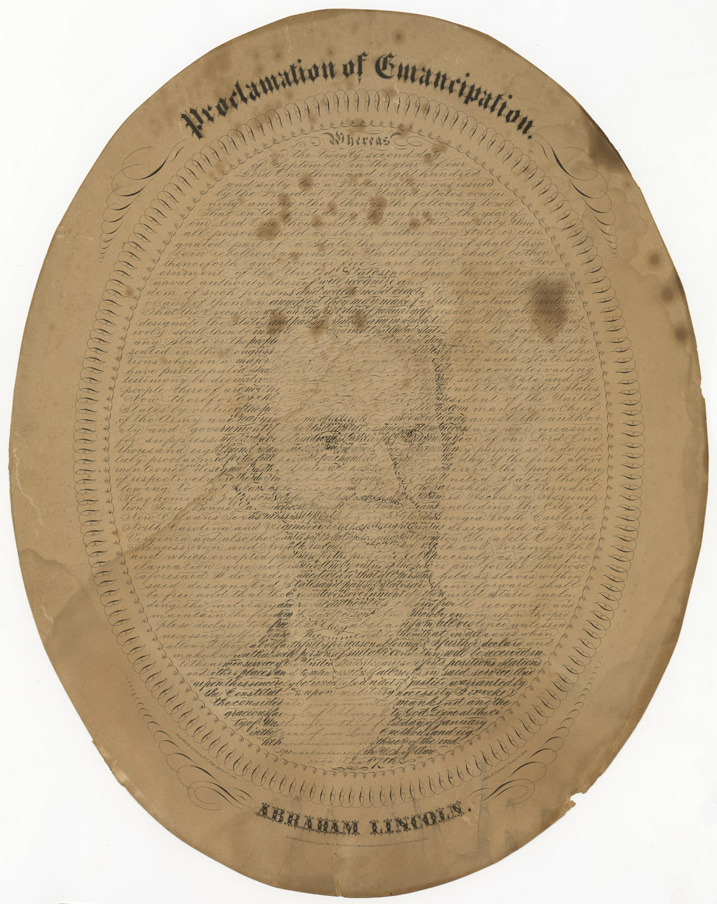