Anticipation was high as January 1, 1863 neared. And what people did and what they saw on that first day of the new year reflected their vantage point. Lincoln’s final Proclamation differed from his proposal of one hundred days before. In the final Proclamation, gone was any mention of colonization. There was no provision for compensating loyal slaveholders. The final Emancipation Proclamation deemed slaves held in rebellious territories free, and expressly invited the enlistment of black men into Union forces. But in demographic terms, the Proclamation drew lines that left some people enslaved. Their liberty would depend upon subsequent acts of abolition such as the Thirteenth Amendment. The first of January was also a day for public celebrations, and African Americans took to the streets and to meeting halls to mark the occasion, as much for its symbolism as for its material effect. Not everyone saw the day in the same way, even when they were in attendance at the same public gatherings. For others, news of the Proclamation came in intimate settings–cabins and kitchens–where former slaves heard Lincoln’s words read aloud for the first time. 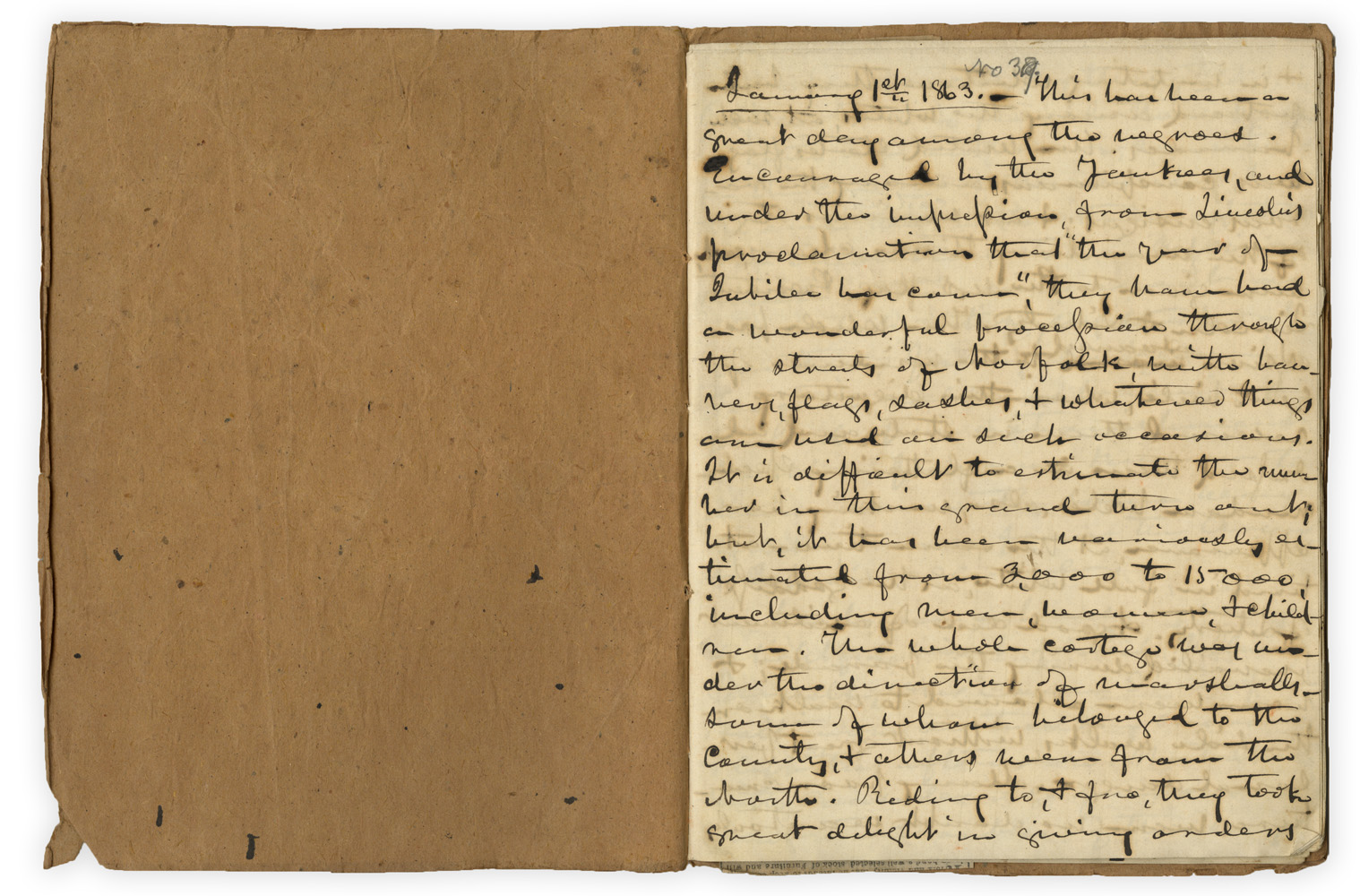 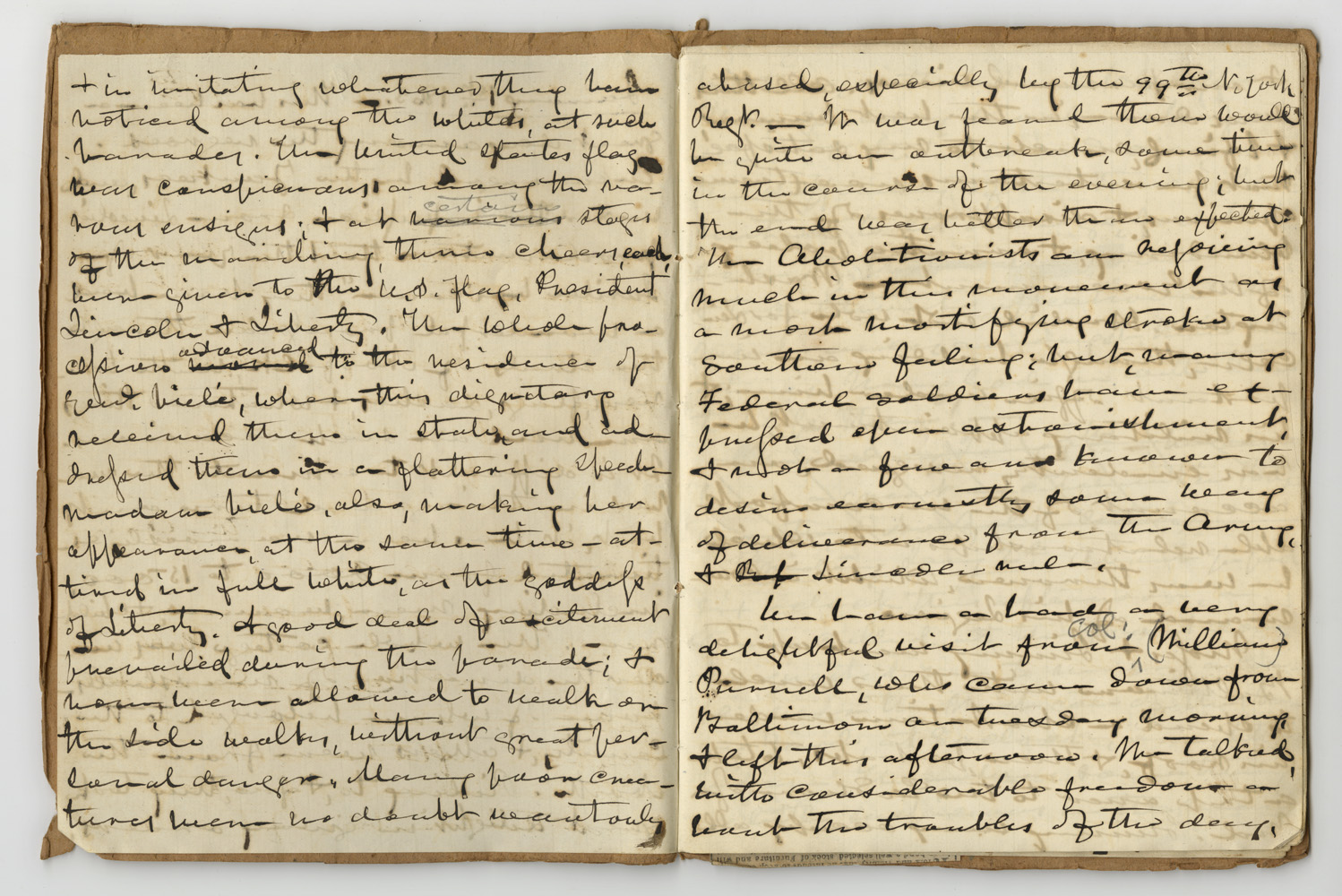 Presbyterian minister Isaac W.K. Handy observed the activities of January 1, 1863 in Norfolk, Virginia. Though he was a supporter of the Confederacy, Handy’s diary captured the significance of the day for African Americans. Norfolk was exempt from the Proclamation, but the celebration was no less spirited: “January 1st 1863. This has been a great day among the negroes. Encouraged by the Yankees, and under the impression from Lincoln’s proclamation that “the hour of Jubilee has come,” they have had a wonderful procession through the streets of Norfolk, with banners, flags, sashes and whatever things are used on such occasions. It is difficult to estimate the number in this grand turn out; but, it has been variously estimated from 3,000 to 15,000, including men, women, and children. . . .The United States flag was conspicuous among the various ensigns; and at various certain stages of the wandering, three cheers, each, were given to the U.S. flag, President Lincoln and Liberty. This whole procession advanced to the residence of Gen. Vielé, where this dignitary received them in state and addressed them in a flattering speech.” 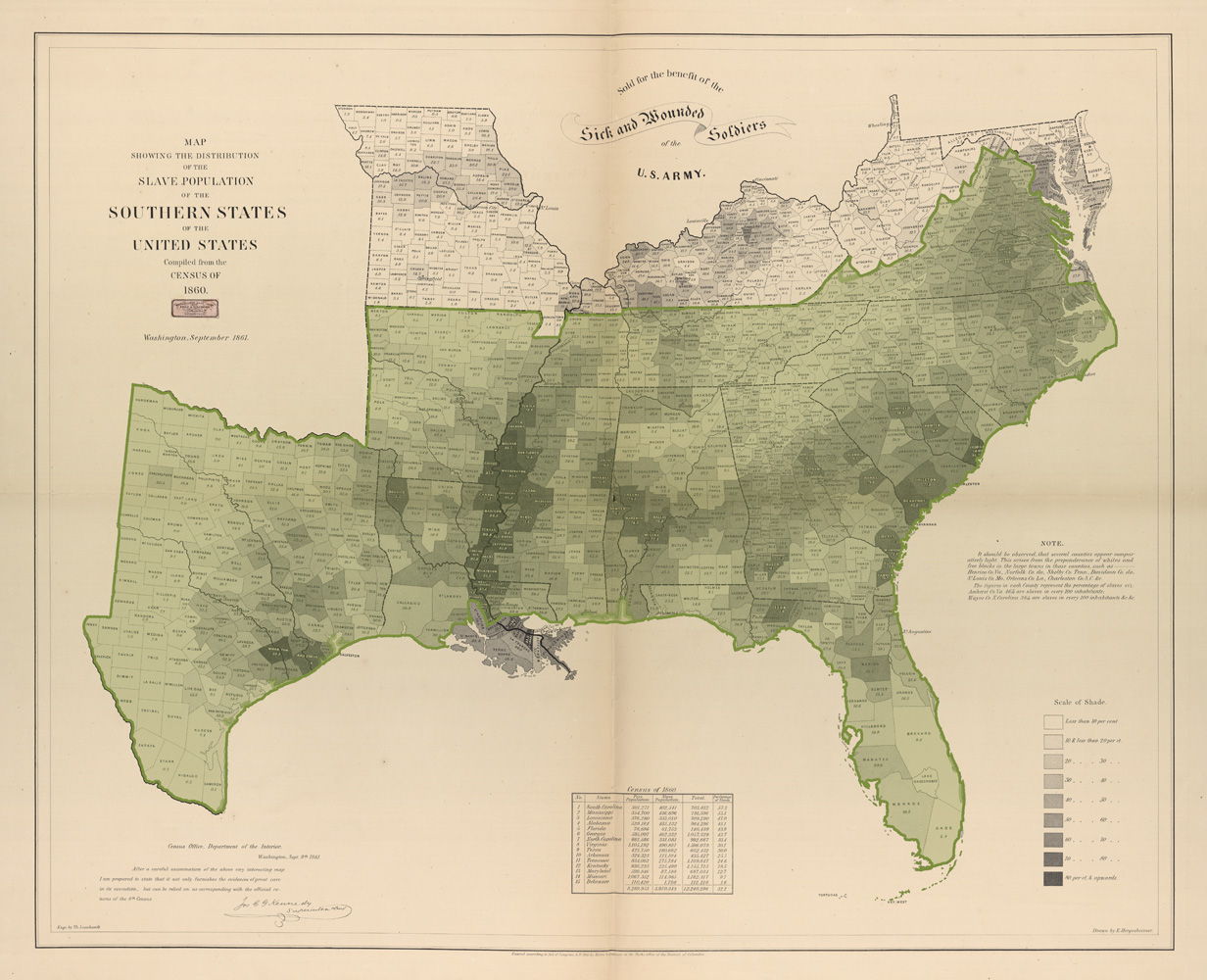 E. Hergesheimer
Henry S. Graham
Theo. Leonhardt (1818-1877)
Map Showing the Distribution of the Slave Population of the Southern States of the United States. Compiled from the Census of 1860.
Washington: Henry S. Graham, 1861
(Facsimile with added tinting showing the areas where the Emancipation Proclamation was in effect, January 1, 1863)

Edwin Hergesheimer’s 1861 map was created to raise funds for sick and wounded Union soldiers. Were enslaved people in the designated states free on the first of January? Yes, in the view of those who saw the President’s legal authority as extending into the rebellious states. Others held that Lincoln had no power in the Confederacy. None the less, the Proclamation signaled a clear alignment of the Union’s objectives with abolition, with an effect greater than the Proclamation’s literal terms. 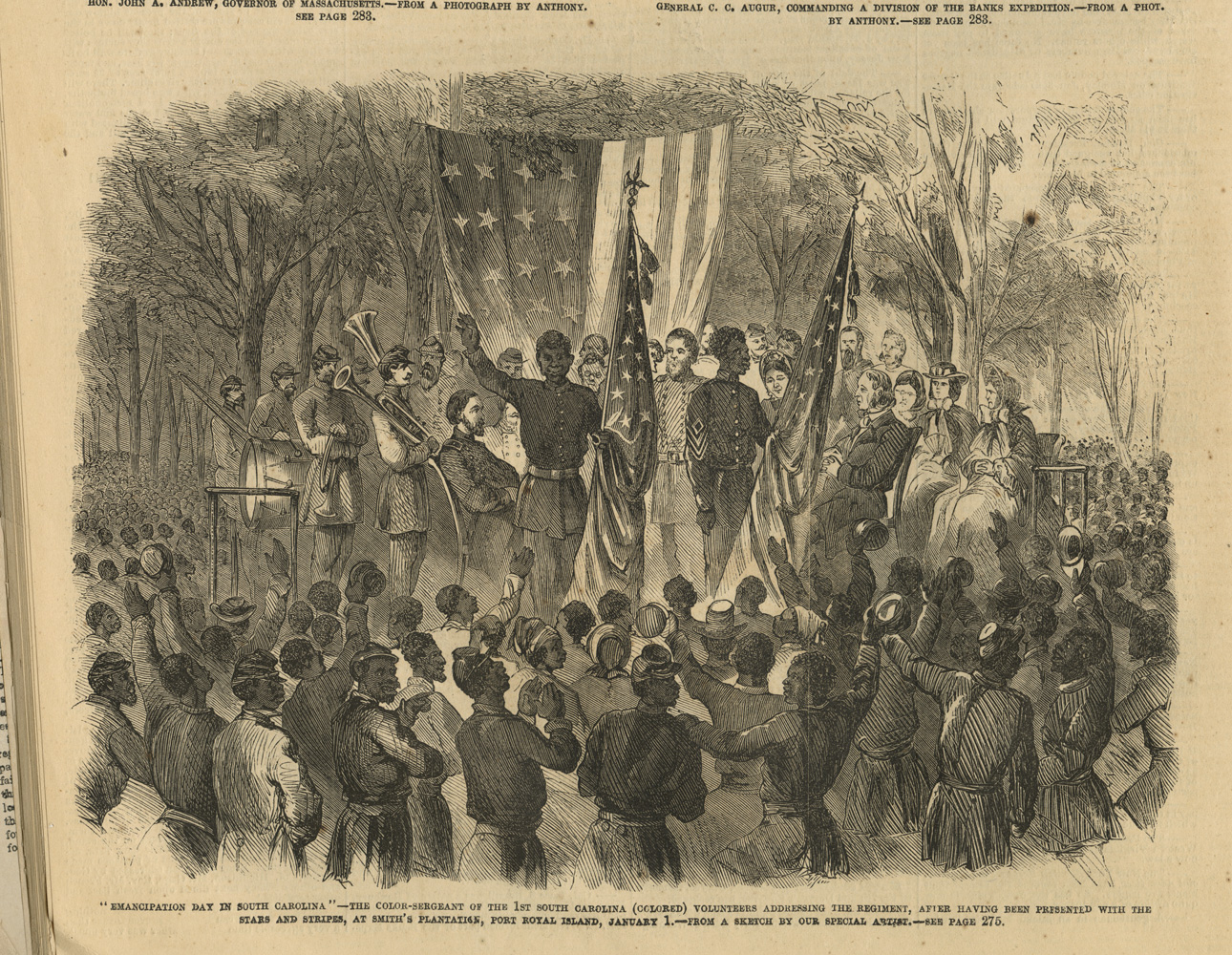 “‘Emancipation Day in South Carolina’
– The Color Sergeant of the 1st South Carolina (colored) Volunteers Addressing the Regiment, after Having Been Presented with The Stars and Stripes, at Smith’s Plantation, Port Royal Island, January 1. – From a Sketch by our Special Artist.”
Frank Leslie’s Illustrated Newspaper
January 24, 1863
Wood engraving

A Leslie’s illustration emphasized the role of black troops, with men in Union uniforms serving as standard bearers.

Camp Saxton was a plantation situated in South Carolina’s low country near the Beaufort River. Under Union control, it served as an encampment for the 33rd U.S. Colored Troops, who organized and trained from late 1862 to early 1863. The January 1st celebration there is among the best recorded. 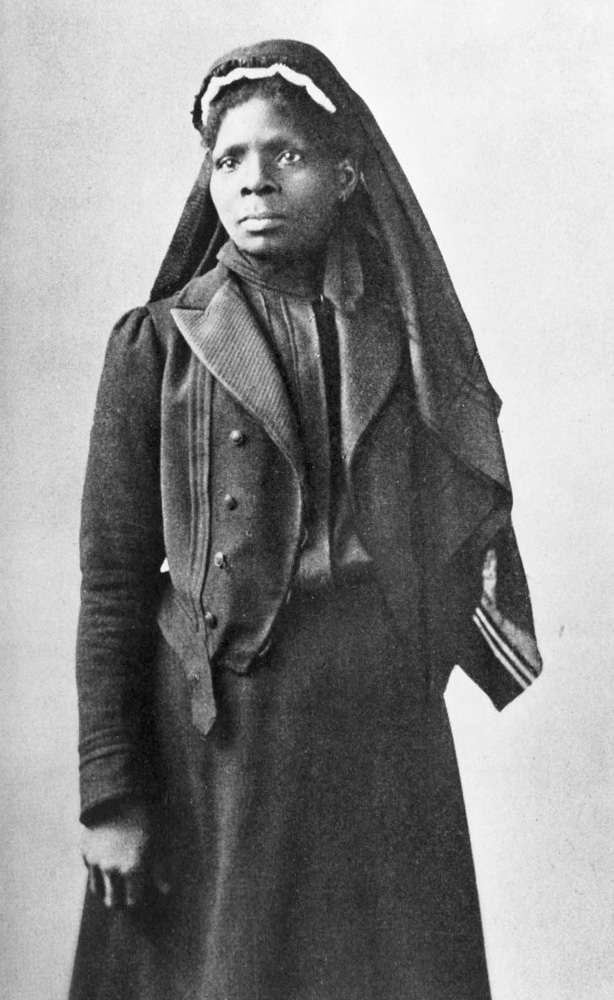 Susie King Taylor, a former slave who served as a nurse, was also present for the Camp Saxton celebration. But in her Reminiscences King Taylor emphasized the long celebration that followed the ceremony: “It was a glorious day for us all, and we enjoyed every minute of it, and as a fitting close and the crowning event of this occasion we had a grand barbecue. A number of oxen were roasted whole, and we had a fine feast. Although not served as tastily or correctly as it would have been at home, yet it was enjoyed with keen appetites and relish. The soldiers had a good time. They sang or shouted ‘Hurrah!’ all through the camp, and seemed overflowing with fun and frolic until taps were sounded, when many, no doubt, dreamt of this memorable day.” 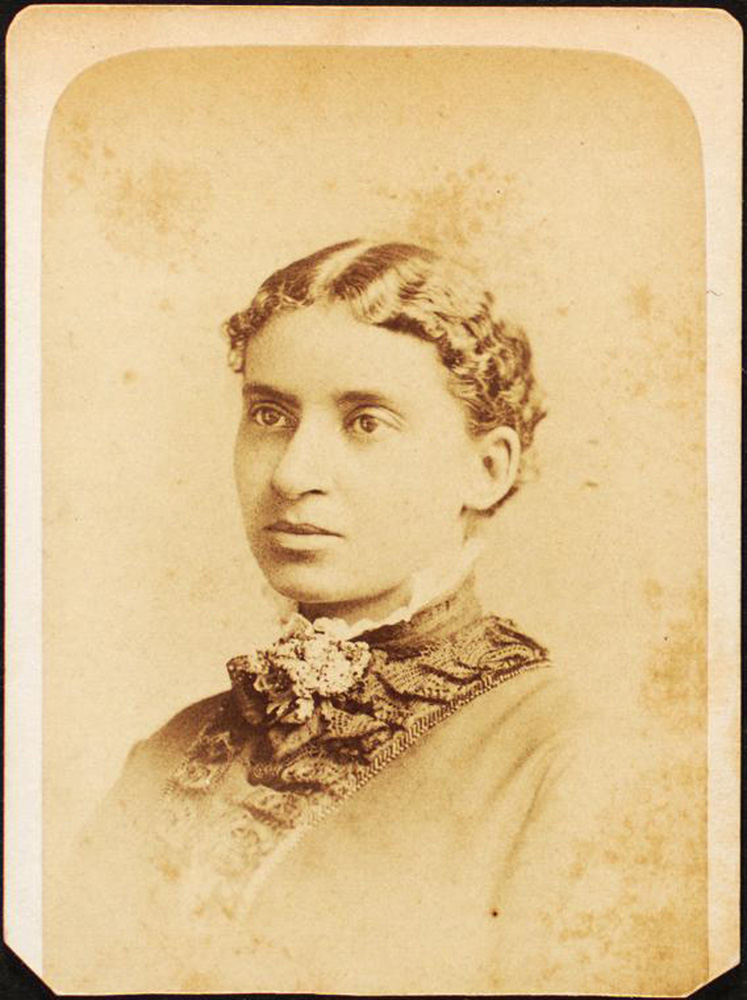 Charlotte Forten, born into an elite free family in Philadelphia, and was among the first educators to migrate South to teach freed people. As a teacher in Port Royal, South Carolina, Forten attended the Camp Saxton celebration. In her journal, Forten described the excitement of the day from the vantage point of her place among the dignitaries, rather than the crowd: “Thursday, New Year’s Day, 1863. The most glorious day this nation has yet seen, I think.” The black standard bearers made “very good speeches” that “were loudly cheered.” Forten enjoyed a “grand meal” at Colonel Higginson’s table where the food did not include the oxen that was served to the soldiers.