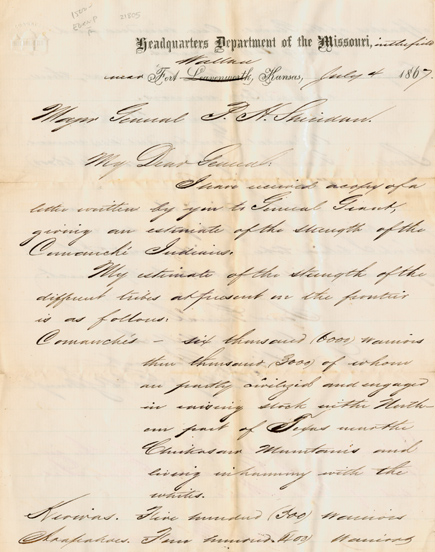 Headquarters Department of the Missouri, in the field
near Fort Wallace, Kansas, July 4 1867.

Comanchis – six thousand (6000) warriors three thousand (3000) of whom are partly civilized and engaged in raising stock in the Northern part of Texas near the Chickasaw Mountains and living in harmony with the whites. 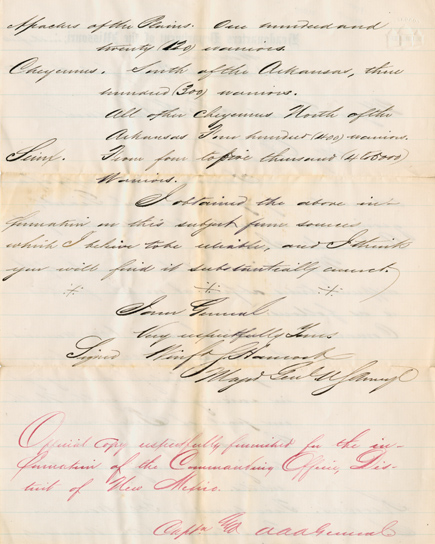 Apaches of the Plains.  One hundred and twenty (120) warriors.

I obtained the above information in this subject from sources which I believe to be reliable, and I think you will find it substantially correct.

Offical Copy respectfully furnished for the information of the Commanding Office, District of New Mexico. 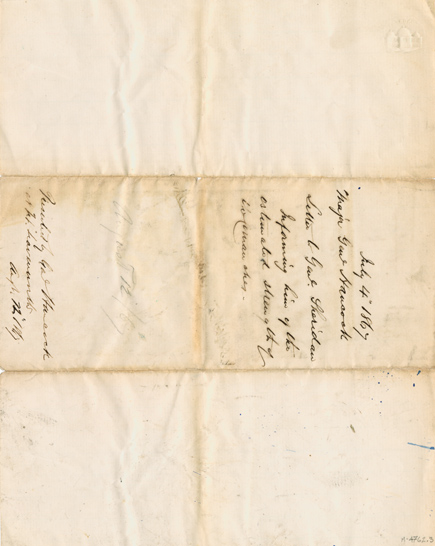 July 4th 1867
Major Genl Hancock
Letter to Genl. Sheridan
Informing him of the estimated strength of the Comanches.