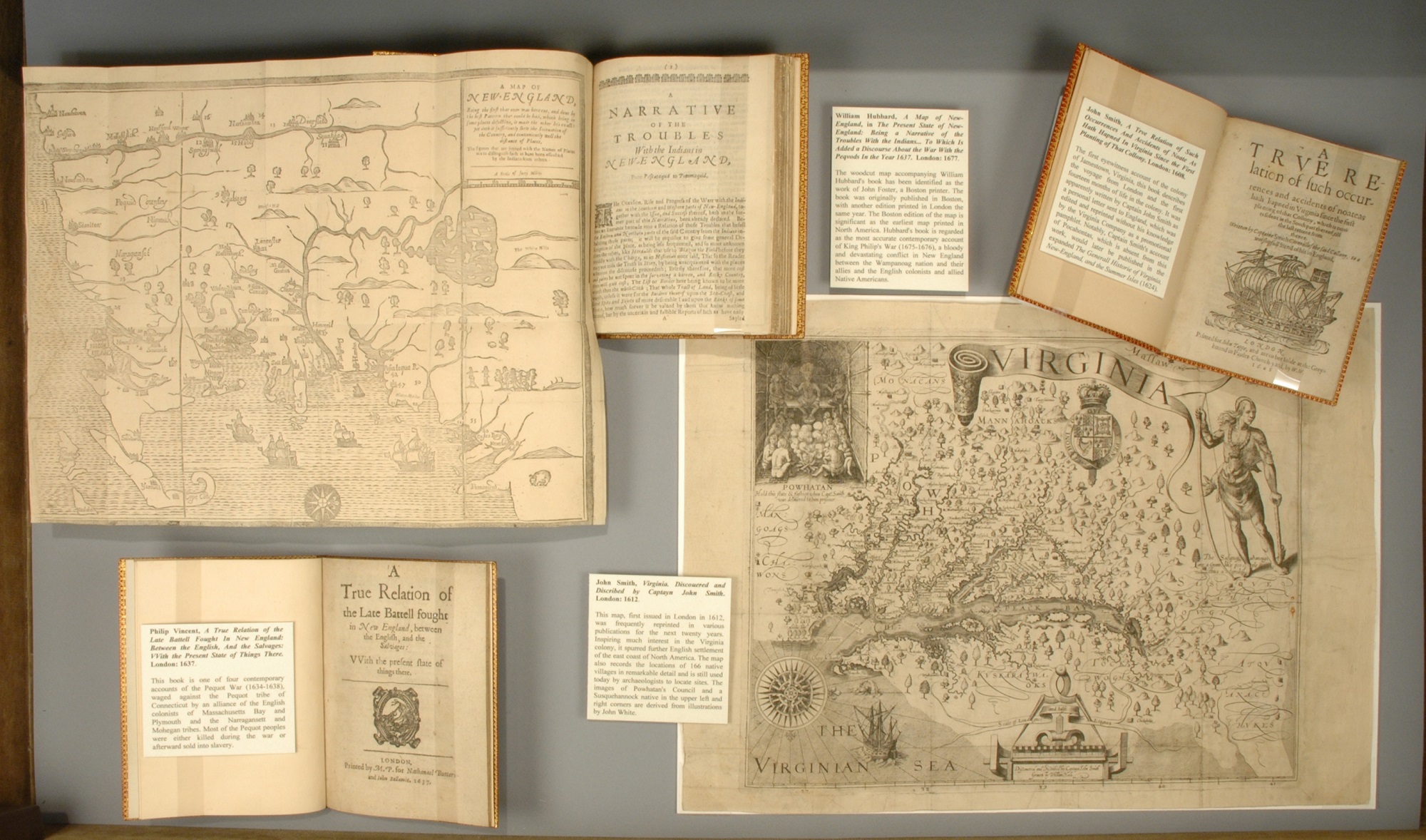 John Smith, A Trve Relation of Such Occurrences And Accidents of Noate As Hath Hapned In Virginia Since the First Planting of That Collony. London: 1608.

The first eyewitness account of the colony of Jamestown, Virginia, this book describes the voyage from London and the first fourteen months of life in the colony. It was apparently written by Captain John Smith as a personal letter sent to England, which was edited and reprinted without his knowledge by the Virginia Company as a promotional pamphlet.

Notably, Captain Smith’s account of Pocahontas, which is absent from this work, would later be published in the expanded The Generall Historie of Virginia, New-England, and the Summer Isles (1624).

Philip Vincent, A True Relation of the Late Battell Fought In New England: Between the English, And the Salvages: VVith the Present State of Things There. London: 1637.

This book is one of four contemporary accounts of the Pequot War (1634-1638) waged against the Pequot tribe of Connecticut by an alliance of the English colonists of Massachusetts Bay and Plymouth and the Narragansett and Mohegan tribes. Most of the Pequot peoples were either killed during the war or afterward sold into slavery. 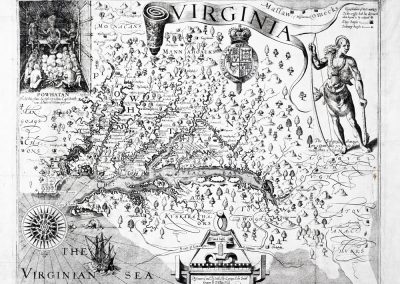 This map, first issued in London in 1612, was frequently reprinted in various publications for the next twenty years. Inspiring much interest in the Virginia colony, it spurred further English settlement of the east coast of North America. The map also records the locations of 166 native villages in remarkable detail and is still used today by archaeologists to locate sites. The images of Powhatan’s Council and a Susquehannock native in the upper left and right corners are derived from illustrations by John White.

William Hubbard, A Map of New-England, in The Present State of New-England: Being a Narrative of the Troubles With the Indians… To Which Is Added a Discourse About the War With the Peqvods In the Year 1637.  London: 1677.

The woodcut map accompanying William Hubbard’s book has been identified as the work of John Foster, a Boston printer. The book was originally published in Boston, with another edition printed in London the same year.

The Boston edition of the map is significant as the earliest map printed in North America. Hubbard’s book is regarded as the most accurate contemporary account of King Philip’s War (1675-1676), a bloody and devastating conflict in New England between the Wampanoag nation and their allies and the English colonists and allied Native Americans. 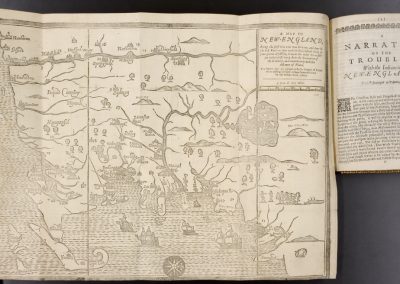 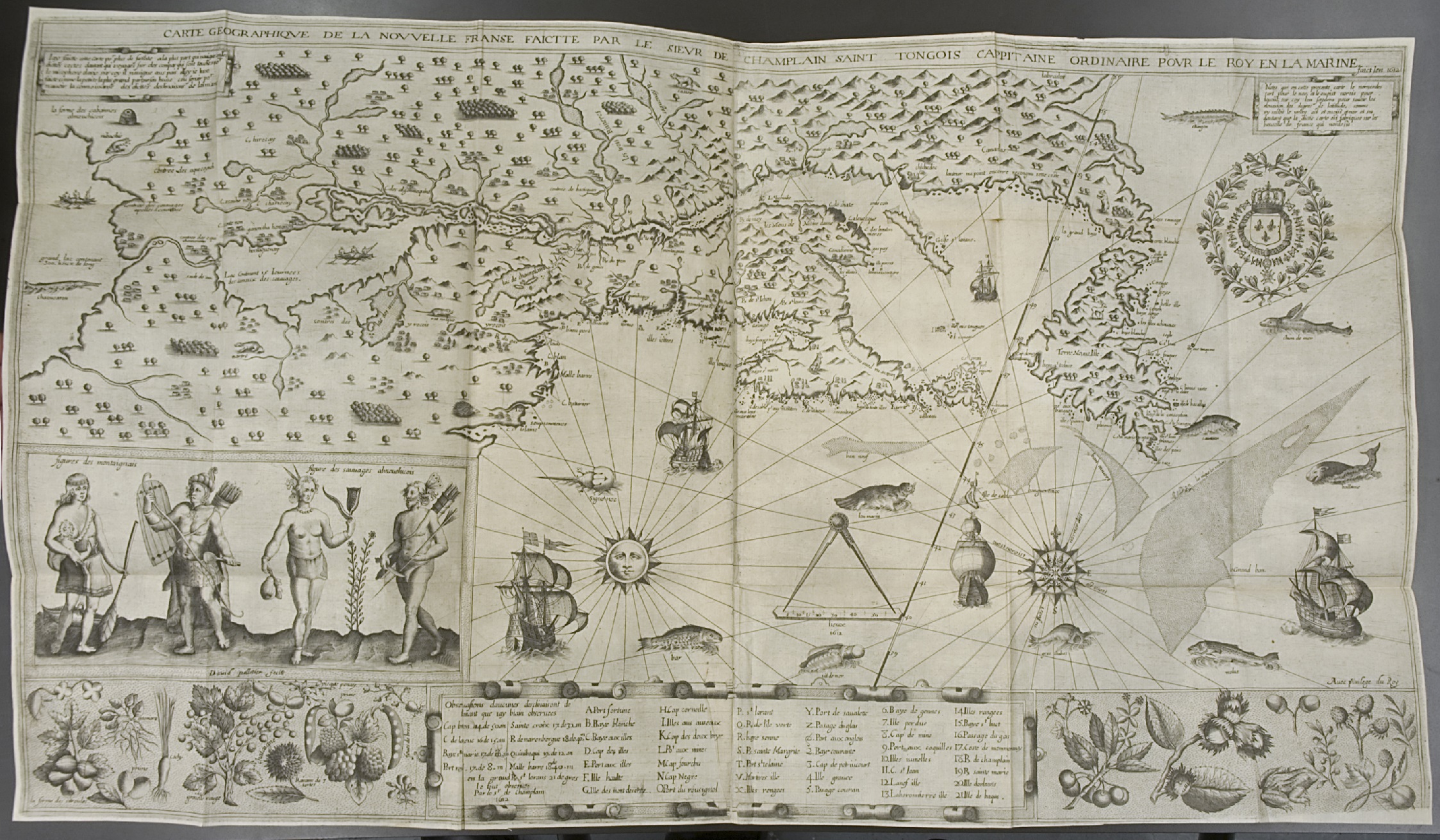