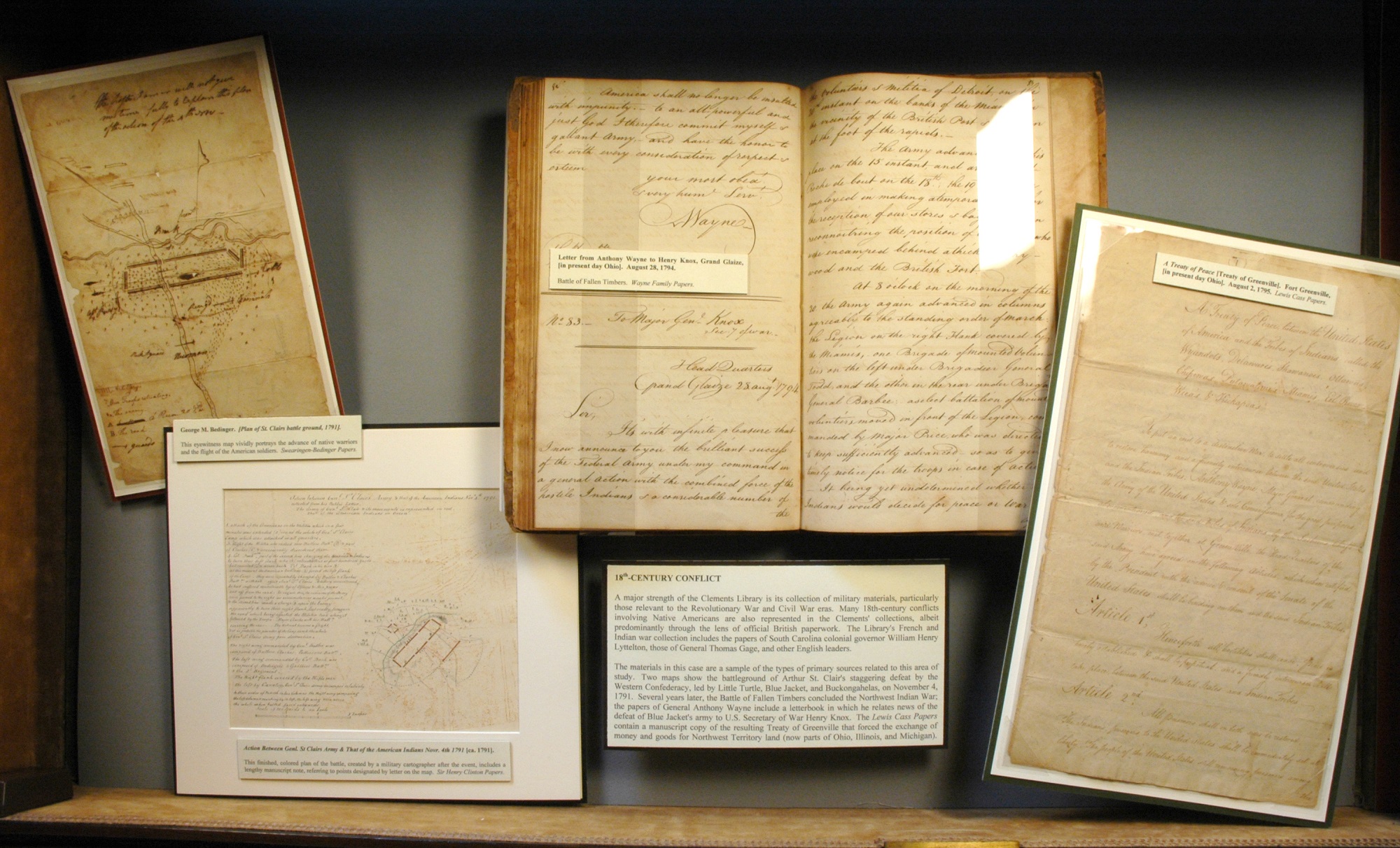 A major strength of the Clements Library is its collection of military materials, particularly those relevant to the Revolutionary War and Civil War eras.  Many 18th-century conflicts involving Native Americans are also represented in the Clements’ collections, albeit predominantly through the lens of official British paperwork.   The Library’s French and Indian war collection includes the papers of South Carolina colonial governor William Henry Lyttelton, those of General Thomas Gage, and other English leaders.

The materials in this case are a sample of the types of primary sources related to this area of study.  Two maps show the battleground of Arthur St. Clair’s staggering defeat by the Western Confederacy, led by Little Turtle, Blue Jacket, and Buckongahelas, on November 4, 1791.  Several years later, the Battle of Fallen Timbers concluded the Northwest Indian War; the papers of General Anthony Wayne include a letterbook in which he relates news of the defeat of Blue Jacket’s army to U.S. Secretary of War Henry Knox.  The Lewis Cass Papers contain a manuscript copy of the resulting Treaty of Greenville that forced the exchange of money and goods for Northwest Territory land (now parts of Ohio, Illinois, and Michigan).

This finished, colored plan of the battle, created by a military cartographer after the event, includes a lengthy manuscript note, referring to points designated by letter on the map.

From the Henry Clinton Papers.

This eyewitness map vividly portrays the advance of native warriors and the flight of the American soldiers. The X’s are Western Confederacy warriors and the dashes represent the retreating U.S. Army.

From the Wayne Family Papers.

From the Lewis Cass Papers. 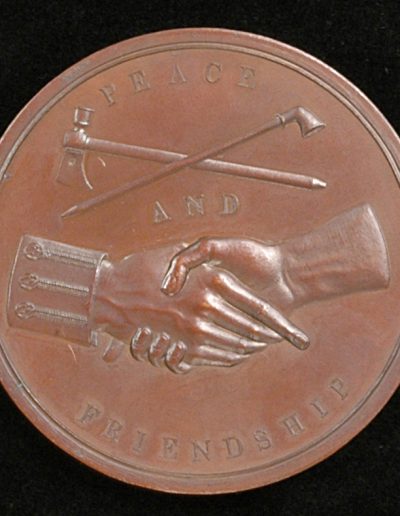