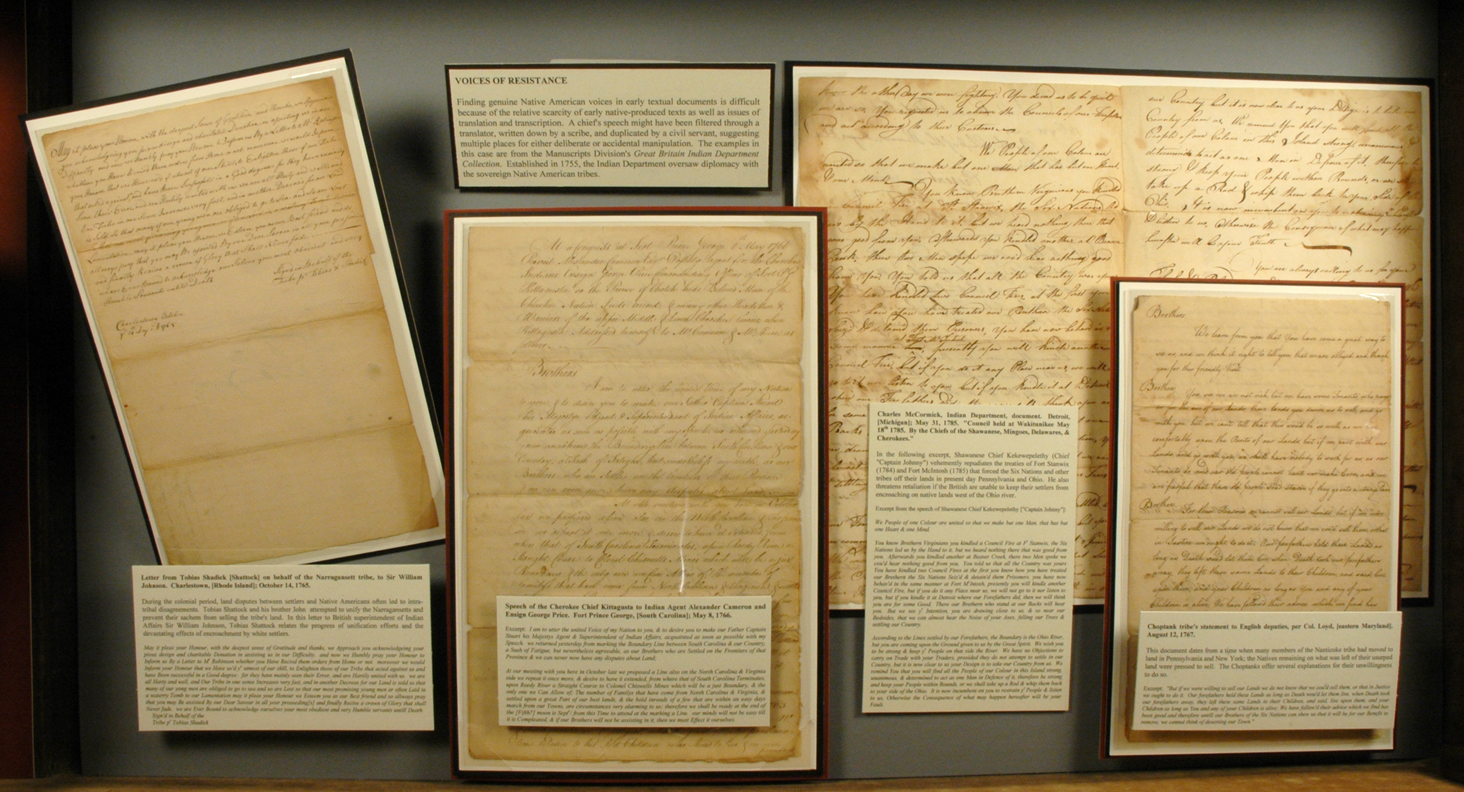 Finding genuine Native American voices in early textual documents is difficult because of the relative scarcity of early native-produced texts as well as issues of translation and transcription.  A chief’s speech might have been filtered through a translator, written down by a scribe, and duplicated by a civil servant, suggesting multiple places for either deliberate or accidental manipulation.

The examples in this case are from the Manuscripts Division’s Great Britain Indian Department Collection.  Established in 1755, the Indian Department oversaw diplomacy with the sovereign Native American tribes.

During the colonial period, land disputes between settlers and Native Americans often led to intra-tribal disagreements.  Tobias Shattock and his brother John attempted to unify the Narragansetts and prevent their sachem from selling the tribe’s land.

In this letter to British superintendent of Indian Affairs, Sir William Johnson, Tobias Shattock relates the progress of unification efforts and the devastating effects of encroachment by white settlers.

This document dates from a time when many members of the Nanticoke tribe had moved to land in Pennsylvania and New York; the Natives remaining on what was left of their usurped land were pressed to sell.  The Choptanks offer several explanations for their unwillingness to do so.

This document contains an eloquent speech in which Shawanese Chief Kekewepelethy (Chief “Captain Johnny”) vehemently repudiates the treaties of Fort Stanwix (1784) and Fort McIntosh (1785) that forced the Six Nations and other tribes off their lands in present day Pennsylvania and Ohio.  He also threatens retaliation if the British are unable to keep their settlers from encroaching on native lands west of the Ohio river.