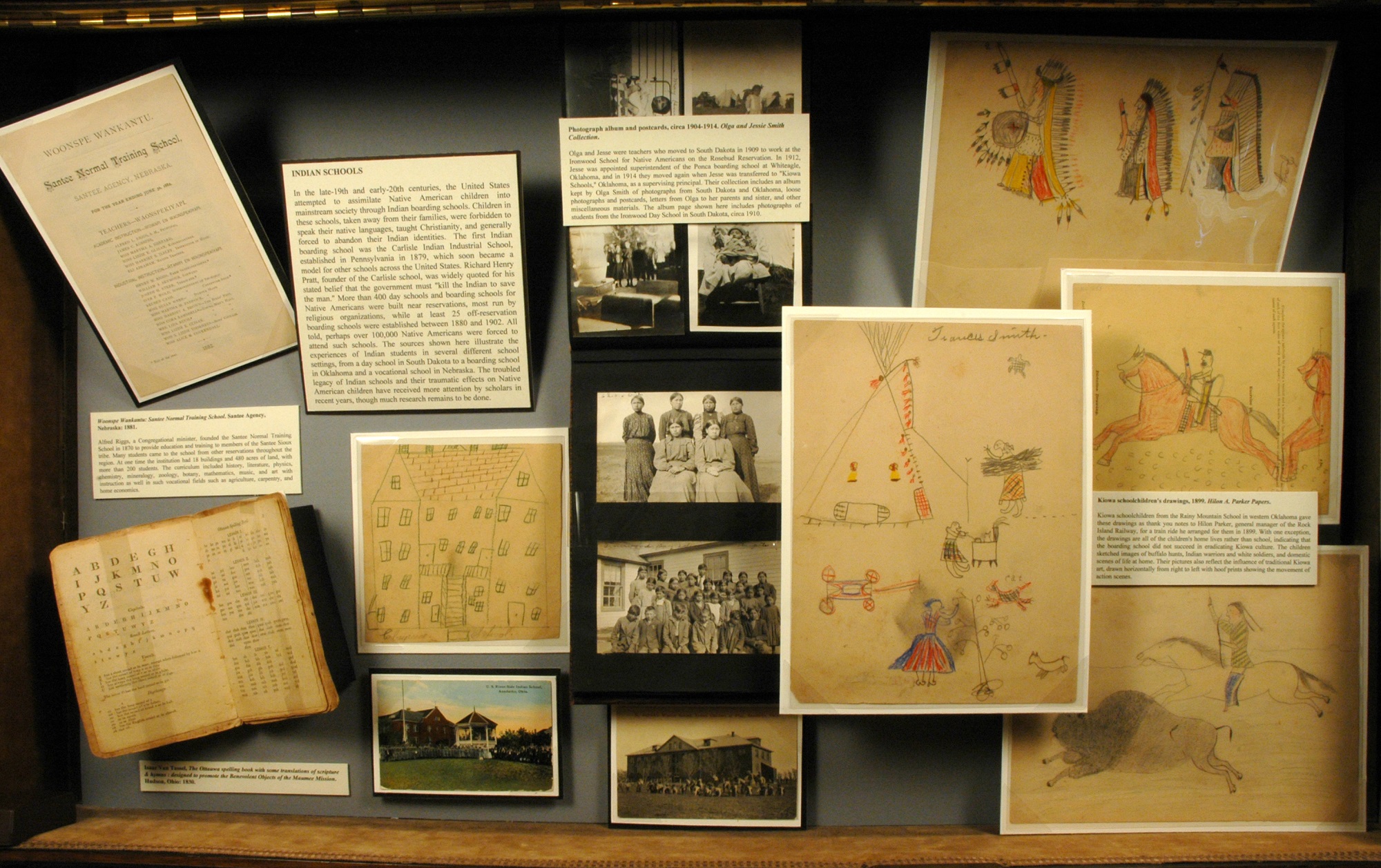 In the late-19th and early-20th centuries, the United States attempted to assimilate Native American children into mainstream society through boarding schools. Taken away from their families, children in these schools were forbidden to speak their native languages and forced to abandon their indigenous identities and adopt Christianity.

The first boarding school was the Carlisle Indian Industrial School, established in Pennsylvania in 1879, which soon became a model for other schools across the United States. Richard Henry Pratt, founder of the Carlisle school, was widely quoted for his stated belief that the government must “kill the Indian to save the man.” More than 400 day schools and boarding schools for Native Americans were built near reservations, most run by religious organizations, while at least 25 off-reservation boarding schools were established between 1880 and 1902. All told, the United States government forced approximately 100,000 Native Americans to attend such schools.

The sources shown here illustrate the experiences of Native American students in several different school settings, from a day school in South Dakota to a boarding school in Oklahoma and a vocational school in Nebraska. The troubled legacy of Indian boarding schools and the trauma they inflicted on Native American children has received more attention by scholars in recent years, though much research remains to be done. 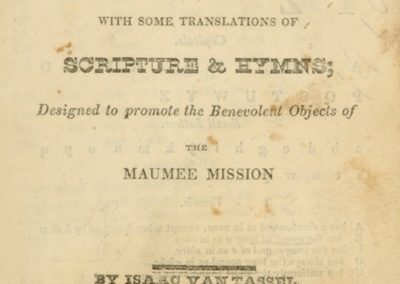 Isaac Van Tassel, The Ottauwa spelling book with some translations of scripture & hymns : designed to promote the Benevolent Objects of the Maumee Mission. Hudson, Ohio: 1830. 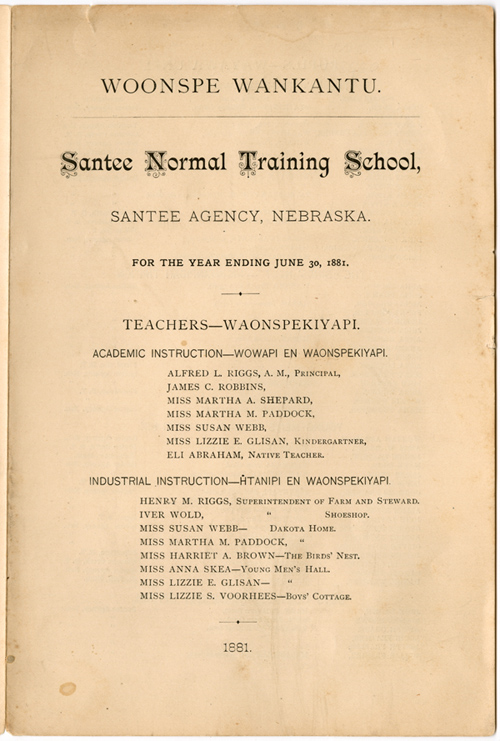 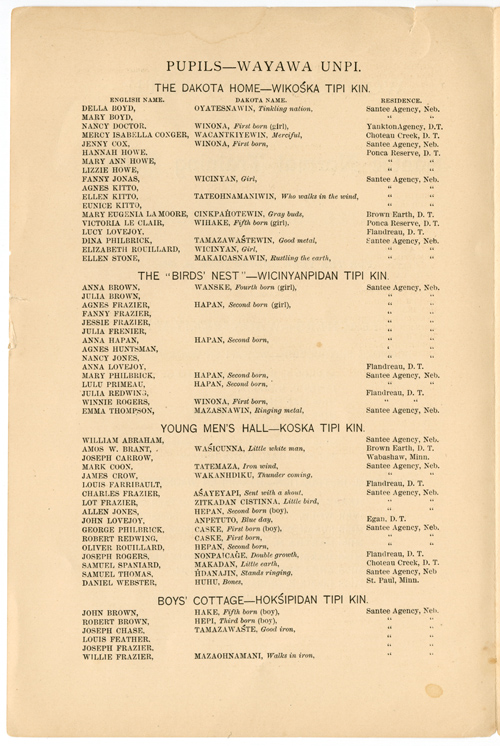 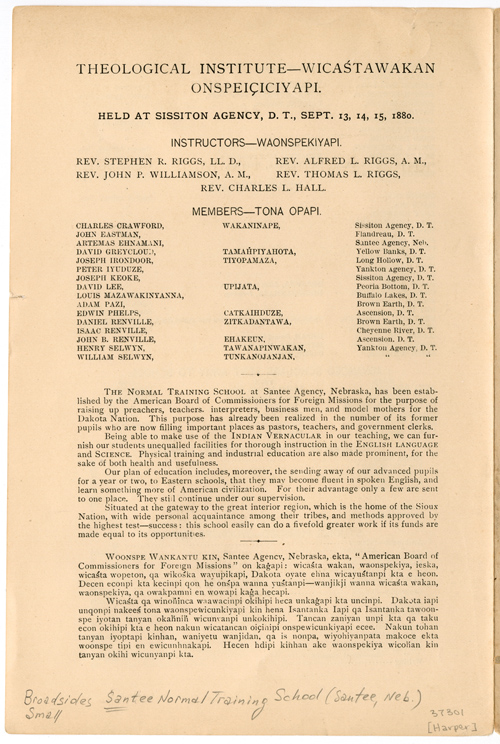 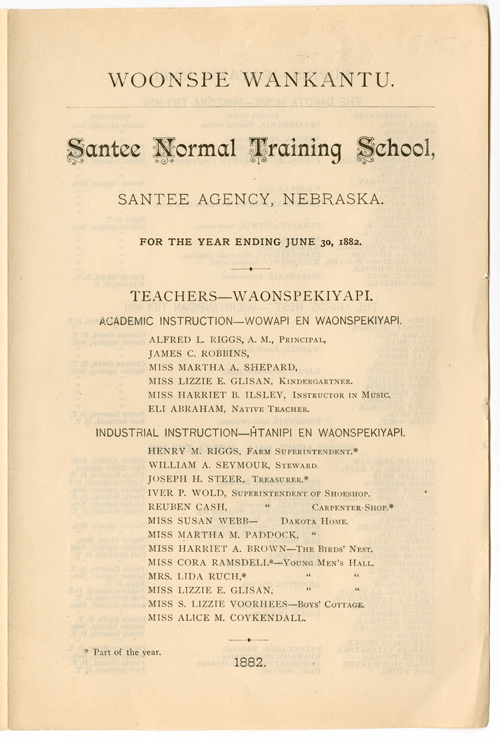 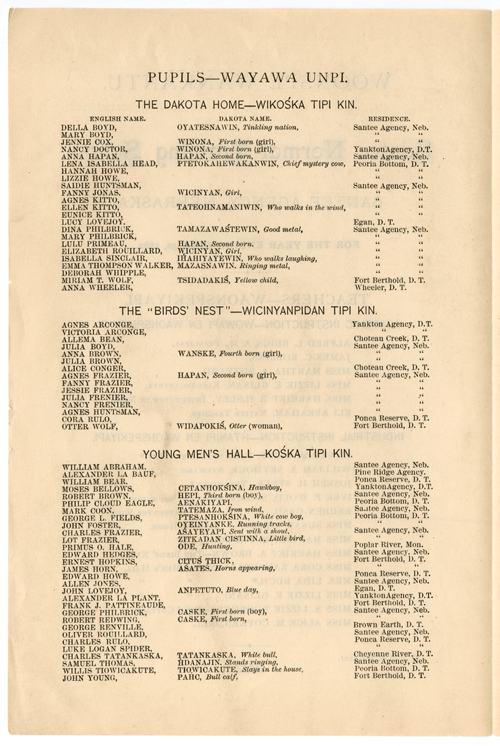 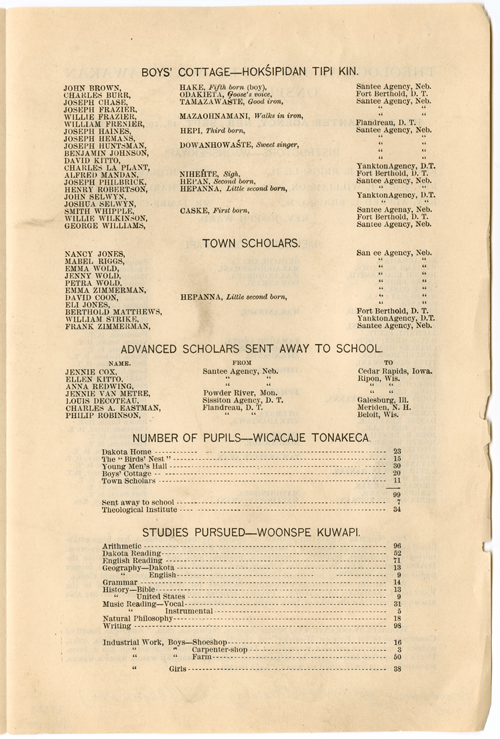 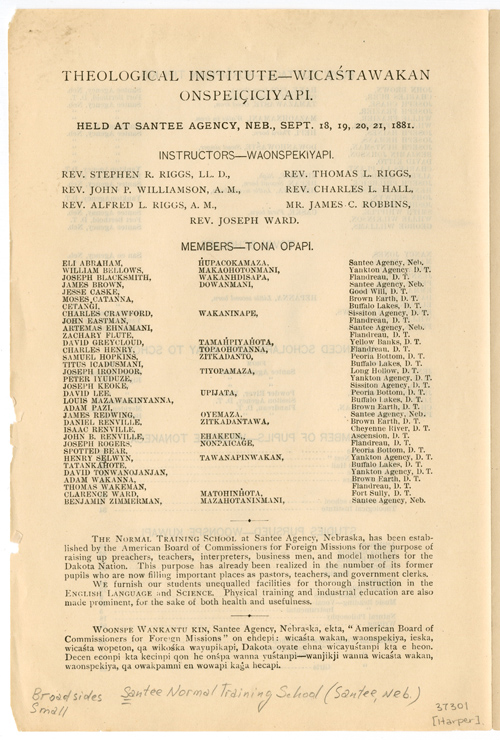 Alfred Riggs, a Congregational minister, founded the Santee Normal Training School in 1870 to provide education and training to members of the Santee Sioux tribe. Many students came to the school from other reservations throughout the region. At one time the institution had 18 buildings and 480 acres of land, with more than 200 students. The curriculum included history, literature, physics, chemistry, mineralogy, zoology, botany, mathematics, music, and art with instruction as well in such vocational fields as agriculture, carpentry, and home economics. 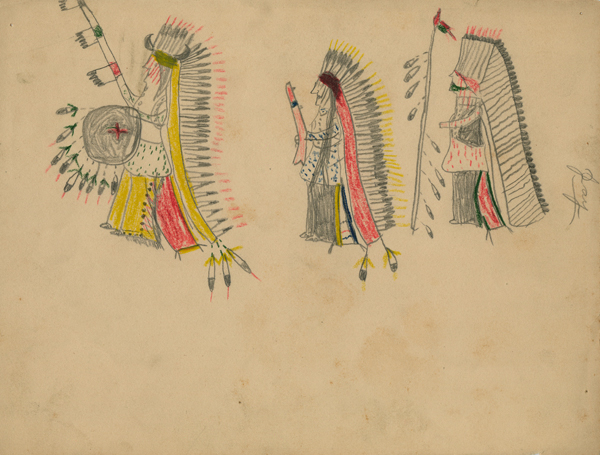 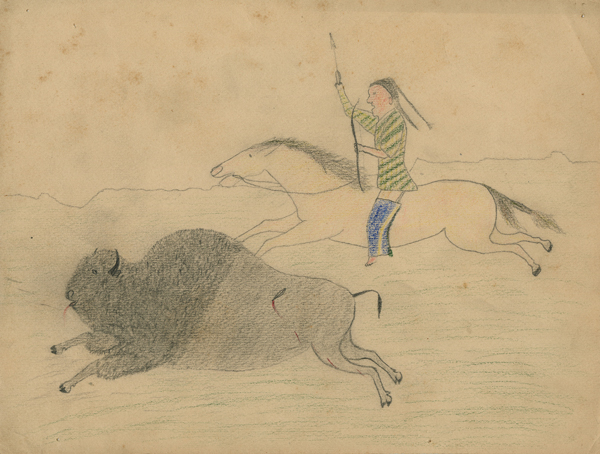 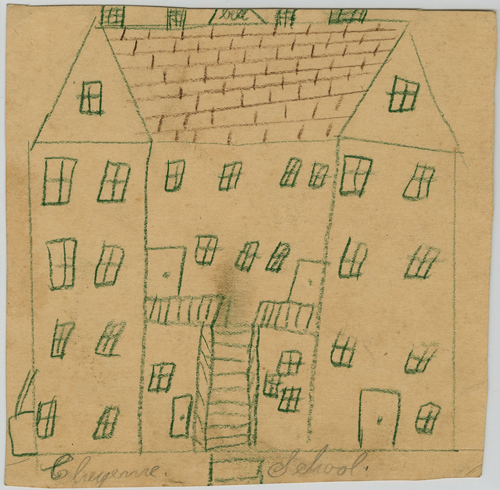 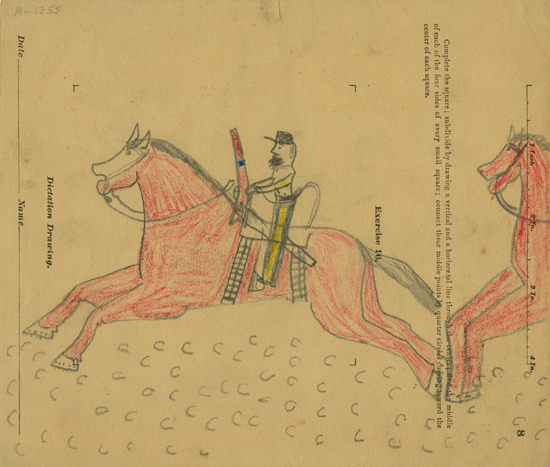 Kiowa schoolchildren from the Rainy Mountain School in western Oklahoma gave these drawings as thank you notes to Hilon Parker, general manager of the Rock Island Railway, for a train ride he arranged for them in 1899. With one exception, the drawings are all of the children’s home lives rather than school, indicating that the boarding school did not succeed in eradicating Kiowa culture. The children sketched images of buffalo hunts, Indian warriors and white soldiers, and domestic scenes of life at home. Their pictures also reflect the influence of traditional Kiowa art, drawn horizontally from right to left with hoof prints showing the movement of action scenes.

From the Hilon A. Parker Papers. 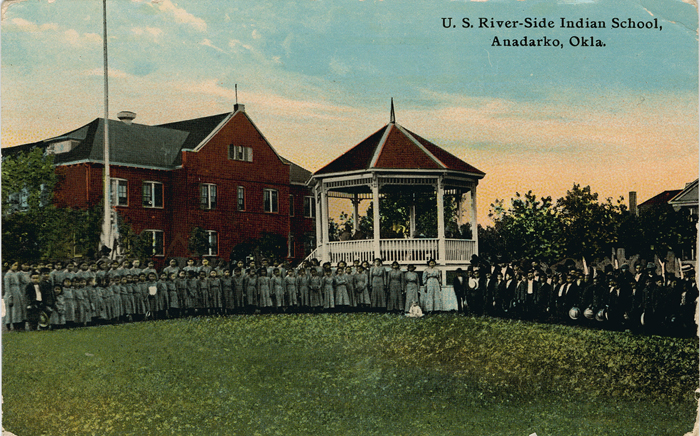 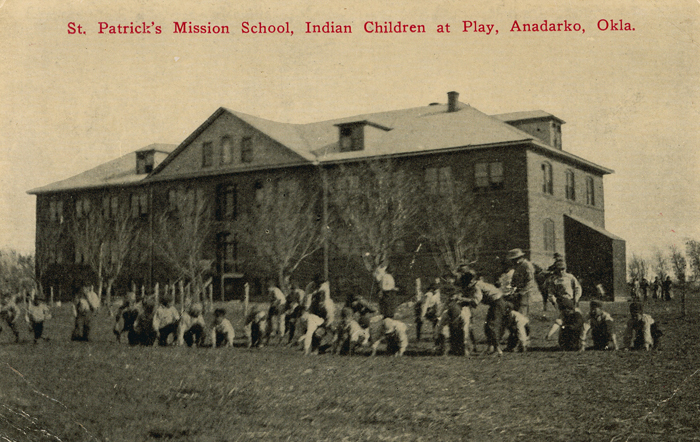 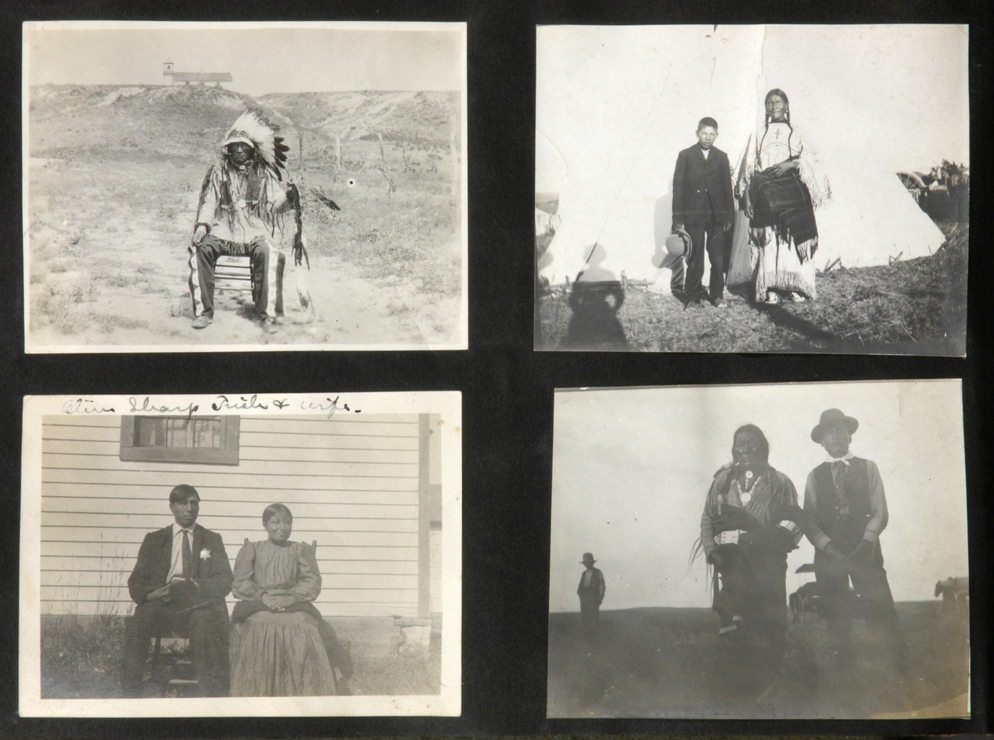 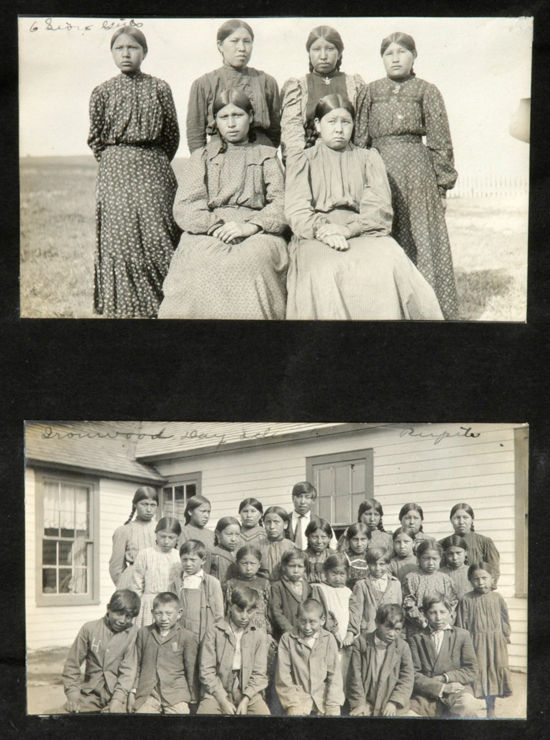 Olga and Jesse were teachers who moved to South Dakota in 1909 to work at the Ironwood School for Native Americans on the Rosebud Reservation. In 1912, Jesse was appointed superintendent of the Ponca boarding school at Whiteagle, Oklahoma, and in 1914 they moved again when Jesse was transferred to “Kiowa Schools,” Oklahoma, as a supervising principal.

Their collection includes an album kept by Olga Smith of photographs from South Dakota and Oklahoma, loose photographs and postcards, letters from Olga to her parents and sister, and other miscellaneous materials. The album page shown here includes photographs of students from the Ironwood Day School in South Dakota, circa 1910.

From the Olga and Jessie Smith Collection.